Home Learn 11 Tips On How To Talk To Your Child About Politics And... 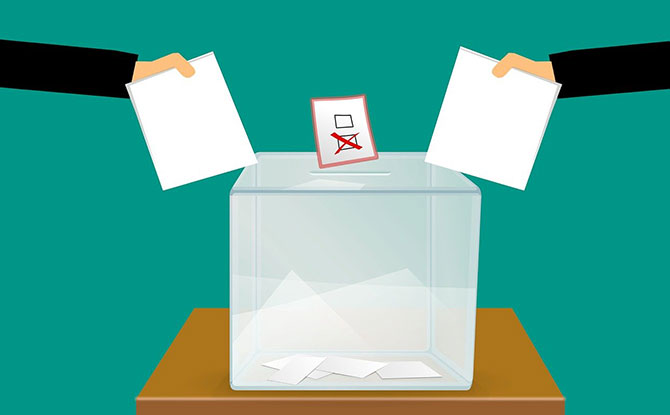 Children must have lots of questions seeing the party banners on the streets, the news constantly switched on to election updates or watching election rallies. Most of them might think the festive mood resembles that of National Day with all the flags flying.

Five years ago, I brought my four-year-old to a rally and he was so excited thinking it was the National Day parade. To my horror, he responded enthusiastically, waving his tiny Singapore flag, to the questions the emcee was asking on stage. I didn’t think to tell him more then.

Five years have since passed, I thought it was time a six and nine-year-old can learn more about the elections and how it affects the country and its citizens.

Talking to Children About Politics

1. Involving the Children During the General Elections 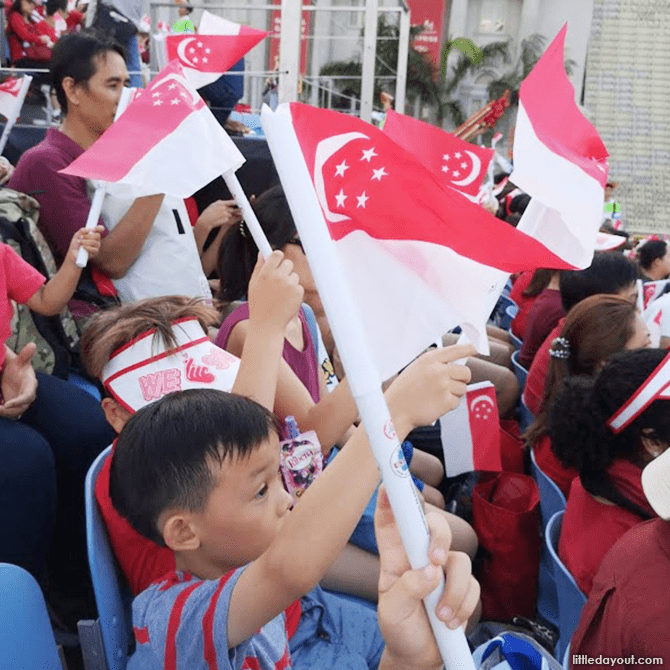 Like it or not, we have probably used aspects of politics in our day to day activities. From voting on where to head for a family meal or an outing, to counting the majority vote to choosing the leader to make the decision, these are all aspects of a political system.

2. Voting is a Familiar Concept for Your Child

Expand on this when talking about the elections. Voting wouldn’t be a foreign topic, just like how the children make choices in school, with friends or at home.

Give your child the opportunity to “vote” and ask for reasons behind the choice. Elections are all about making an informed decision with reasons only the voter can communicate.

3. Ask Your Child What He or She Sees and Thinks

Since your child will be inundated by news on the elections and banners hung on the streets with various party symbols, take the opportunity to explain what this means. Take your child’s lead as he or she asks you questions about what is happening.

You can talk about terms such as “Member of Parliament”, as well as what each of the party symbols mean and what they stand for. Starting them young can encourage a sense of social responsibility and challenge their thoughts.

In Singapore’s 2020 General Elections, there will be 93 seats up for contesting. Depending on which ward you are in, either a GRC (Group Representation Constituency) or SMC (Single Member Constituency, people above the age of 21 will be voting for a team or an individual to best represent them in Parliament.

It could be challenging to explain our multi-party parliamentary system, roles of the President and Prime Minister. Try using analogies. For instance, if the country is like a big family. The government is like the parents, protecting and providing for it’s children – the citizens.

Of course, this analogy simplifies everything but it is easy to understand from a child’s perspective that parents (the government) should run the country (the family) in a way that benefits all, if not most. The government will also need to defend the country from robbers or intruders, such as invaders.

5. Refer to History and Stories to Help with Understanding

We can use bits of history and familiar folktales, and stories to aid with the child’s understanding of political systems. Key historical figures like Sang Nila Utama, William Farquhar, Stamford Raffles, Lee Kuan Yew, Yusof bin Ishak (the man on our banknotes) were all leaders of Singapore who contributed significantly to the building of our nation.

Highlight the importance of good governance and how it has helped Singapore. Thus, it is our duty to elect reliable people into the parliament for the best nation-building policies.

There are also many folktales such as King Arthur’s legends, good and bad examples of leadership like Emperor Qin to highlight how the strength of the country depends on the wisdom of rulers and governors.

6. Watch the News and Rallies Together

For slightly older children, how about watching the news and rallies together? This way, they can hear from party candidates directly and ask any questions on the spot.

It also gives them a deeper understanding of who the candidates are, what they stand for and who the people will be voting for. You can even ask them for their perspectives and be aware of strengths and weaknesses of each party, as well as hot button issues.

Encourage the child to write to the MP. It could be about an issue the child is bothered with, or perhaps about the elections. This encourages communication with the people in charge and a needful way of getting personally vested.

For instance, the playground nearby may have a broken slide or is vandalised – encourage your child to do something about it by writing to the town council or the MP.

8. Promote The Same Values Ascribed by the System

Children would be familiar with being fair, sharing, being honest which are values that should be ascribed by the parliamentary system.

Equity, justice, peace and harmony are some of the values we want to promote. Ask your child why and whether he or she thinks the party you are voting for exhibit these same values in policies, speeches, actions and body language.

9. Hold a Family Matters Meeting or a Mock Parliamentary Debate

I found this video about “How to Use Family Dinner to Teach Politics” very helpful in encouraging the children to speak up, negotiate and bring up issues in the household. Hajer Sharief, a Libyan Activist, talks about how she had to wash dishes after dinner while her brothers didn’t need to – the family meeting changed the system and perhaps even corrected gender stereotypes.

Discussing and debating how the household should be run, while sharing everyone’s perspectives helps nurture children to be involved, conscious individuals who will need to speak up everywhere. This also gives them skills of engaging others and the need for empathy whichever role they are in.

One suggestion is to try out a mock parliamentary debate – where members of the family talk about the budget given to the family for various purposes.

Each member of the family will discuss how they should use the budget and how it should be spent for the betterment of the family. This raises the ability of children to argue their case, support their proposals with sound arguments while trying to achieve equity (in their definition).

It is always best to experience the action first-hand. How about watching a parliament in session? Or visiting the chambers. The old Chamber can be seen at The Arts House, while Parliament House conducts tours for groups, which are currently unavailable.

There is also ParlConnect, also known as Parliament Visitor Centre, which is free for visits. Visitors can learn about aspects of parliament, functions, history and MPs. This could help engage your child to have a better understanding of where parliamentary sessions are held and why these are important places where laws, bills, policies, budgets are passed. ParlConnect is also currently closed.

Landmarks and monuments can also be visited to remember significant dates and events highlighting pivotal moments in the nation’s history. For example, WW2 memorials can raise topics like a country’s sovereignty, independence and defence of a nation.

We know politics can be rather divisive at times. However, children should understand that people on the other side of the fence should not be deemed inferior or evil.

Respecting one another’s opinions can only be uplifting and progressive. Similarly, respect your child’s perspectives as he/she may hold a differing impression of the party you are less inclined to be aligned with.

Resources to Help Parents Talk About Politics With Your Child

To aid parents, there are plenty of resources you can use.

Infocomics by Illo By Ann Gee

We love the infocomics by Ann Gee found here. It details the role of an MP in a way that is very easy to understand.

For a more detailed breakdown, visit this site for the official wordings of the role of MPs.

Our Values: The Class Vote : Roshan Learns About Democracy

This children’s book discusses democracy, the rule of law, mutual respect and tolerance through stories. Get more details here.

This is an inspirational story of how Sofia Valdez turned Mount Trashmore into a park. It is a wonderful picture book to talk about how children can bring positive change to their country. More details here.

All Singaporeans, young and old, would know about Lee Kuan Yew and his immense contribution to nation-building. This is also a great starting point to talk about Singapore’s start of independence. Buy it here.

Pioneers of Singapore: Builders of a Better Tomorrow

Learn about 35 key figures from Singapore’s colonial period and beyond. This gives us a peek into nation-building and how pioneers overcame challenges for Singapore to be what it is today. Get the book here.

Children Can Learn About Politics, Too! 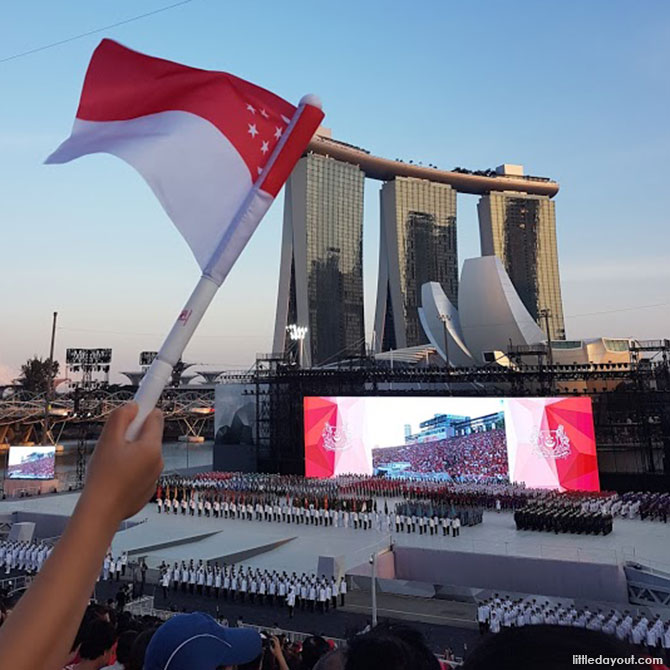 We may think politics is too complex to be understood by children. However, it is a part of our lives and principles in politics are also adapted in playing, debating and living.

Equipping the young with knowledge prepares them for their roles as citizens who have to care for their country. We are raising a generation that will hopefully contribute towards nation-building. And if not them, then who?