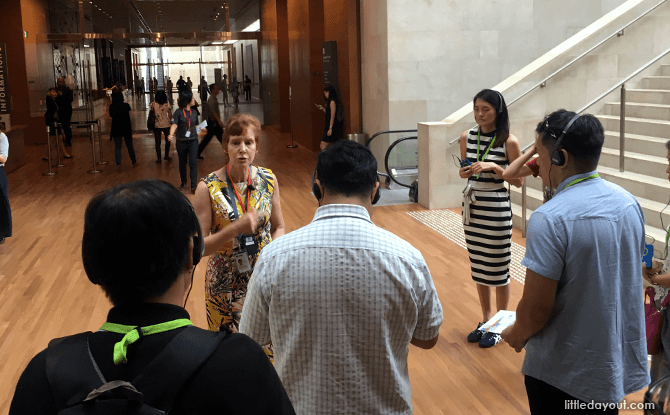 The Building Highlights at National Gallery Singapore allows visitors to learn more about the two historic buildings that make up Singapore’s latest art space. Find our what you can expect on this guided tour.

The National Gallery Singapore opened in November 2015. Filled with precious artworks, it is equally a treat to wander around the halls and rooms of the two buildings.

The former City Hall and Supreme Court buildings that now form the National Gallery Singapore have been the site for historic events such as the Japanese surrender at the end of World War II and the swearing in of Singapore’s first Prime Minister, Mr Lee Kuan Yew.

While some may be content to wander around on their own, those interested in delving deeper into the stories that lie within the building’s walls can sign up for a guided tour.

The free Building Highlights at National Gallery Singapore tour runs daily at 11 am in English and 11.30 am, Friday to Sunday in Mandarin. It last for about an hour-long and is led by a docent.

Registration for the tour starts half-an-hour before the tour’s start timing. The meeting point is at the basement of the National Gallery and with limited tour spots, be sure to arrive early to reserve a spot.

Each tour participant is given a wireless receiver with a set of headphones. These personal devices are like a private radio station that allows you to hear the guide’s commentary through the headphones. 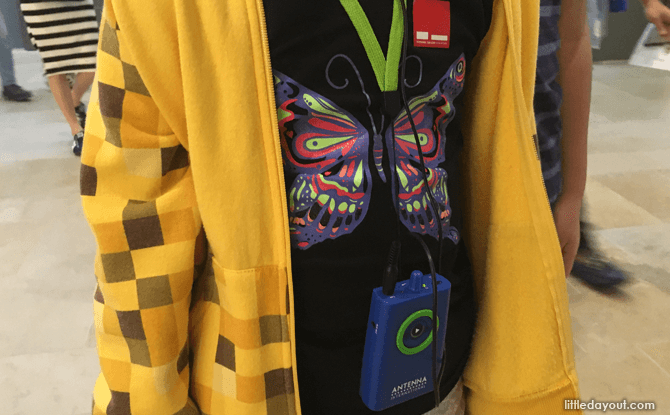 The tour takes visitors to different spots around the National Gallery Singapore. Architectural features, both original to the buildings and installed with the recent renovations, are highlighted, alongside interesting facts about the building.

A highlight of the tour is a visit to the former Supreme Court’s holding cells. You can even enter in and contemplate the merits of not turning to a life of crime. 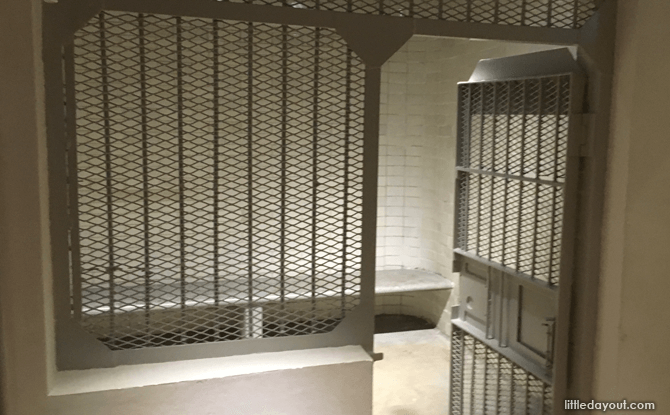 Another spot that most people would otherwise step over (literally) is where a time capsule was buried in 1937. It is only due to be opened in the year 3000. 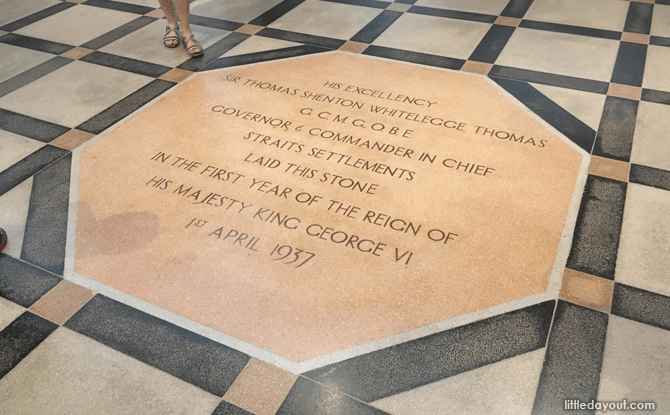 Other tour stops include the Courtrooms, Supreme Court Rotunda Library, former Chief Justice chambers and the City Hall Chamber where national leaders were once sworn in. 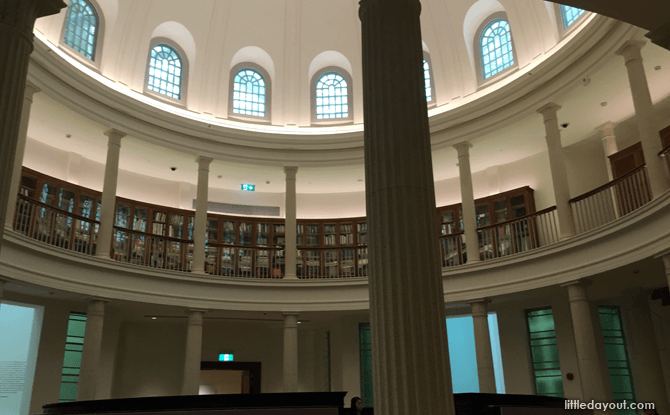 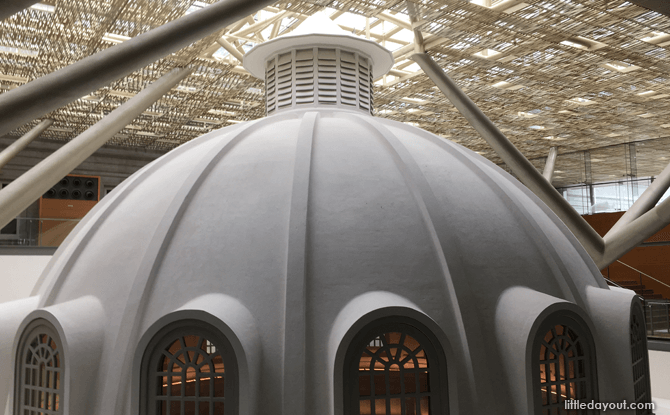 The tour ends of at the rooftop of National Gallery Singapore with a panoramic view of the Padang, Central Business District and Marina Bay. 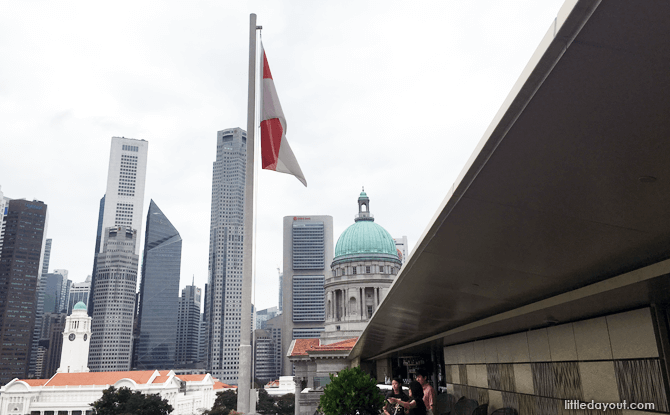 On the whole, the hour-long tour provides gleeful insights to the building’s past and nuggets that would otherwise be missed without the helpful commentary. On our tour, our guide was also mindful of the children in her group and made the effort to keep up the momentum of the tour.

We would recommend the tour for slightly older children as there is a fair bit of walking around the building and the children should be old enough to appreciate the guide’s commentary.