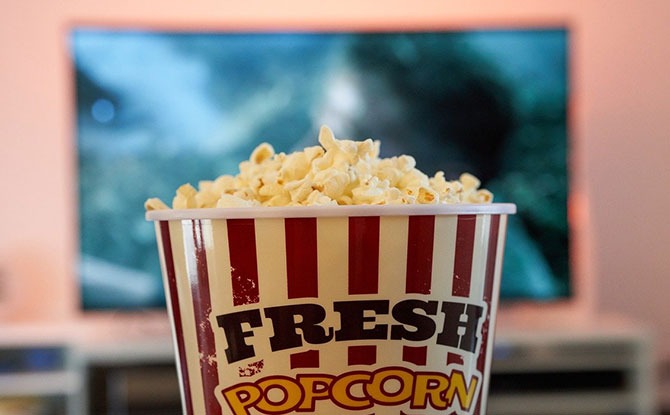 Parents of tweens might relate to having the struggle of finding suitable entertainment for their child that is family-friendly yet not too childish. Thankfully, there are quite a large number of shows that parents can still enjoy together with their tweens. Here are some on our list of suggestions of movies for tweens to watch.

What if you woke up one day and discovered you were royalty? In Meg Cabot’s famed series, Anne Hathaway stars as Mia Thermopolis, who discovers she’s the princess of Genovia. Watch as she learns to cope with this new title, a grandma that she can’t get along with, and of course, a crush that just won’t notice her.

Troy Bolton, East High’s star athlete and academically gifted transfer student, Gabriella Montez, find themselves reunited after meeting accidentally at a New Year’s Eve party. They soon find themselves breaking the status quo after trying out for a coveted role in the school musical. This classic movie for tweens is a personal must-watch filled with catchy tunes, awesome choreography and a message that we’re all in this together.

Two sisters are finally reunited at the same sleepaway camp since their parent’s separation 12 years ago. They decide to devise a “brilliant beyond brilliant idea” to reunite their parents face to face by switching places. Will it go according to plan or will their parents be separated forever? Find out in this movie for tweens.

This classic studio Ghibli film tells the story of Chihiro Ogino (Hiiragi), a 10-year-old girl who, while moving to a new neighbourhood, enters the world of Kami (spirits) of Japanese Shinto folklore. After her parents are turned into pigs by the witch Yubaba, Chihiro takes a job working in Yubaba’s bathhouse to find a way to free herself and her parents and return to the human world. (For the record, we preferred watching the original Japanese version over the dubbed version.)

Every year, the Capitol of the nation of Panem forces each of the 12 districts to send a boy and girl tribute between the ages of 12 and 18 to compete in the Hunger Games: a nationally televised event in which the ‘tributes’ fight each other to the death until one survivor remains. When Primrose Everdeen is “reaped,” her older sister Katniss Everdeen volunteers as tribute in her place. She is then forced to use everything in her to survive and battle it out to be the last one standing.

A teenager discovers he’s the descendant of a Greek god and sets out on an adventure to settle an on-going battle between the gods because of a stolen lightning bolt. He is accompanied by Grover the Satyr and Annabeth Chase, daughter of Athena and together they go through a series of obstacles.

The Lion The Witch And The Wardrobe

Peter, Susan, Edmund, and Lucy are four siblings being sent away to keep safe in World War II. Nothing too exciting happens until Lucy discovers a magical wardrobe that transports them into the magical world of Narnia. The world is ruled by an evil white witch but the folk await Aslan, the Lord of the Wood who has the power to break the White Witch’s curse.

This classic show should need no introduction. We’re still amazed by the quality of the effects, animatronics, and sound despite the movie being filmed years before the advancement of technology! It’s definitely worth the watch.

Old school arcade characters Ralph and his best friend Vanellope discover the wonderful and complex world of the internet. This was one movie that we enjoyed and reminds us of a cartoon version of the Avengers because of all the cameos by well-loved characters, as well as a ton of Easter egg references to the current trends on the internet. This exciting and heart warming show is one that will be enjoyed by both parent and child.