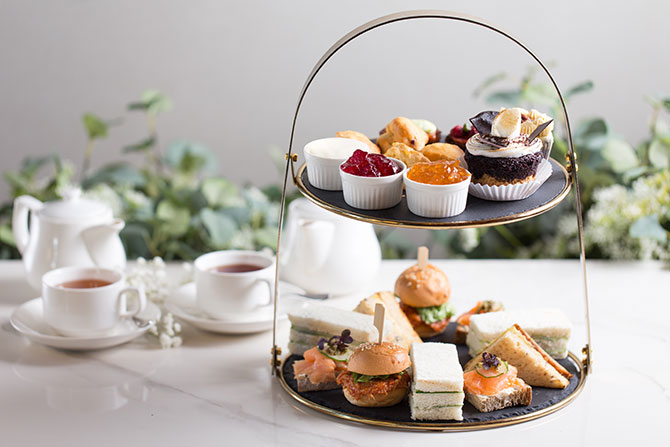 The Marmalade Pantry is known for its pastas, cupcakes and weekend brunches. Now, at The Marmalade Pantry ION Orchard, the flagship outlet of the home-grown bistro, diners can continue to enjoy modern comfort food – mix of classic dishes and new, exclusive items.

New starters at The Marmalade Pantry ION Orchard include the Baked Camembert ($18++) and the Maryland Crab Cakes ($26++). The Baked Camembert is paired with sundried tomatoes, capers, black olives, dried fruits and sourdough bread while the Maryland Crab Cakes brings together savoury crabmeat in a panko-crusted purse, accompanied with a vegetable medley and homemade tartar sauce.

Also on the menu at The Marmalade Pantry ION Orchard is the Curry Barramundi ($28++) which comes in a rich curry sauce and bed of jasmine rice, and the Kimchi Fried Rice ($26++), a Korean-inspired version of the donburi, accompanied with sous vide steak and egg.

Fans of The Marmalade Pantry’s classic dishes will be glad to hear that the Singapore Laksa ($32++) with slipper lobster and Spicy Crabmeat pasta ($26++) are also on the menu at ION Orchard.

The Marmalade Pantry ION Orchard is the bistro’s third outlet after its other locations at Oasia Hotel Downtown and Oasia Hotel Novena. It is located on level 4 of ION Orchard.