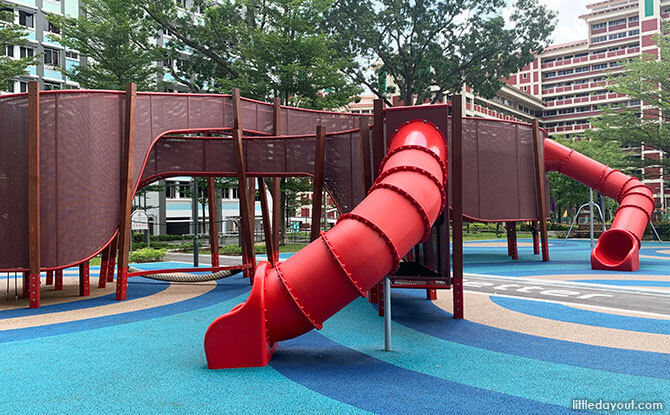 When anyone mentions parks in Jurong, the park that immediately comes to mind is the one next to the lake. However, there is another park which is worth a mention too – Taman Jurong Park and its playground.

Amongst the residential blocks around Yung Ho Road, Taman Jurong Park and playground is a recently-upgraded neighbourhood park which caters to residents in the area. Revamped in late 2019, the park has facilities to keep fit as well as a children’s playgrounds that will keep both little ones and older kids excited.

Taman Jurong Park actually has several play areas but we will start off with the Adventure Playground. 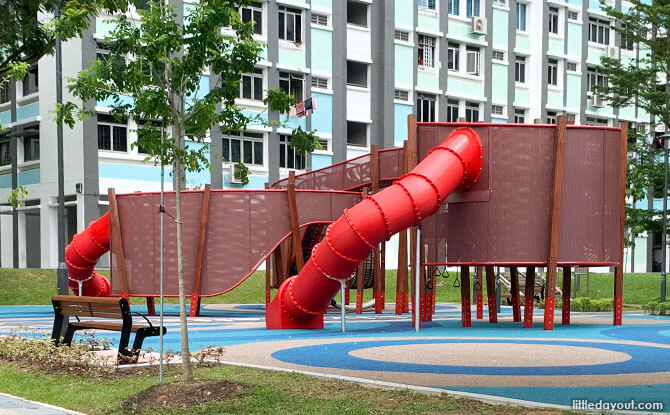 The Taman Jurong Park Adventure Playground is found at the north-eastern end of the park, in front of Block 156 Yung Loh Road. Its reddish-brown play structure is uniquely constructed with metallic mesh walls and timber columns. 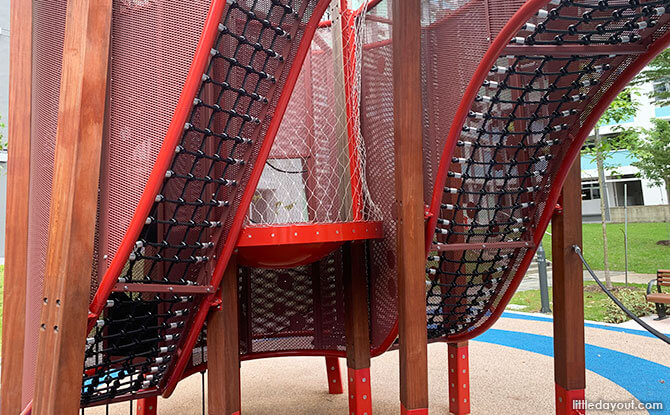 The playground has three main entryways which are interconnected by elevated passageways. 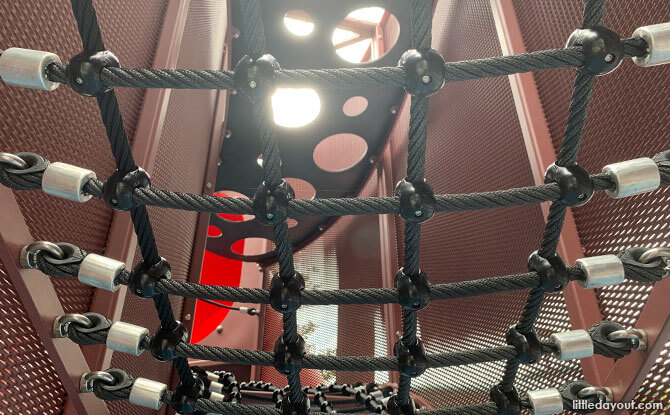 The play structure’s “floor” is made of cargo net-style rope.

At both ends of the playground are red tube slides that provide a quick descent. 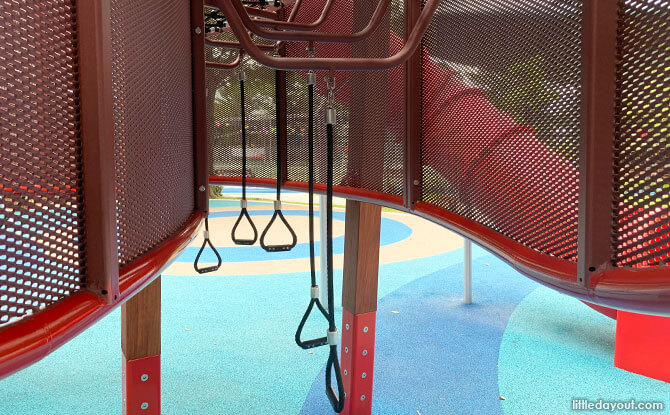 Suspended around the base of the Taman Jurong Park Adventure Playground are various handholds, ropes and beams. 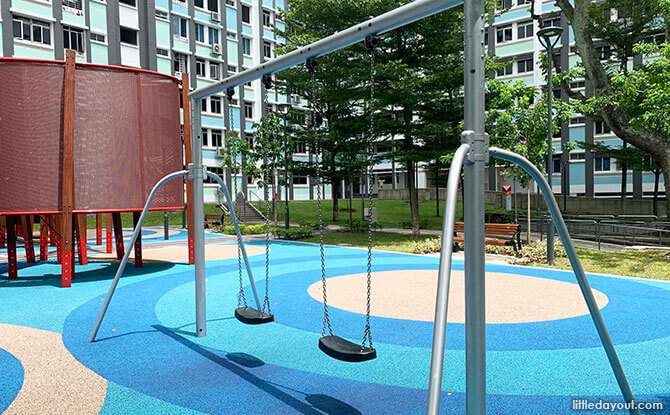 Want to catch some air? The Taman Jurong Playground has a set of swings too.

If the Adventure Playground is too intimidating, the southern end of the neighbourhood park has even more play areas. 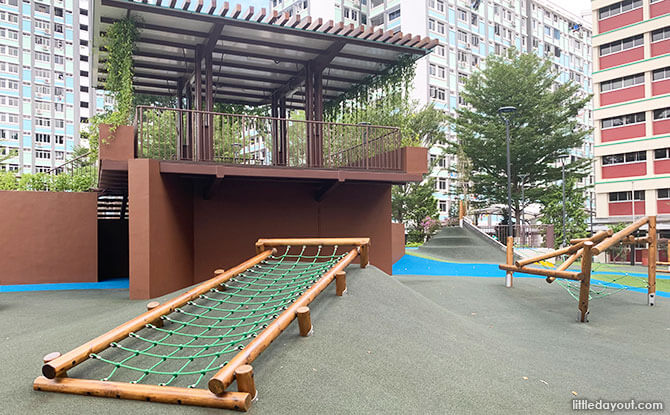 A wooden playground, set close to the ground, caters to younger children. This section of the Taman Jurong Park Playground has see-saws, climbing nets, slides and even a mini rope obstacle. 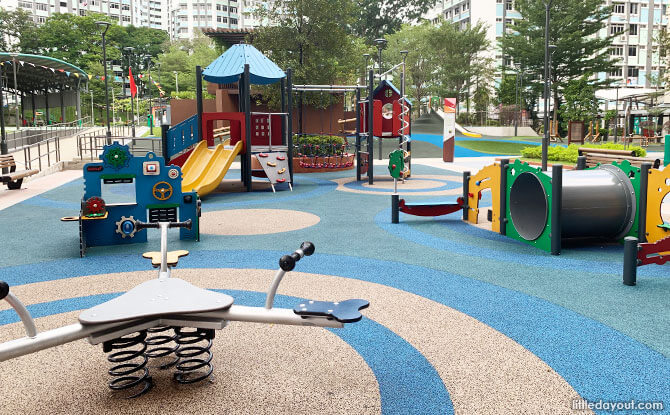 For toddlers, there is separate play area which includes a little play house, swings and … 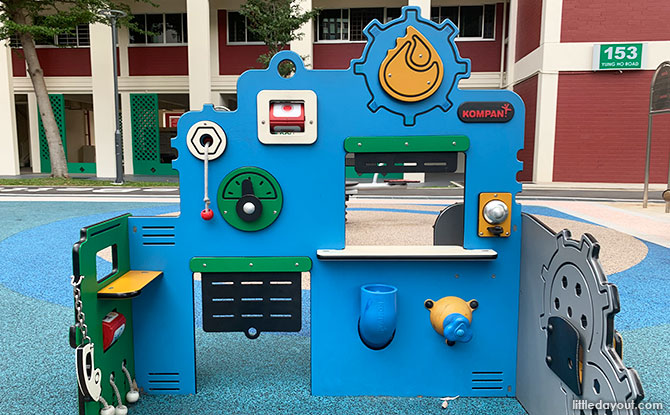 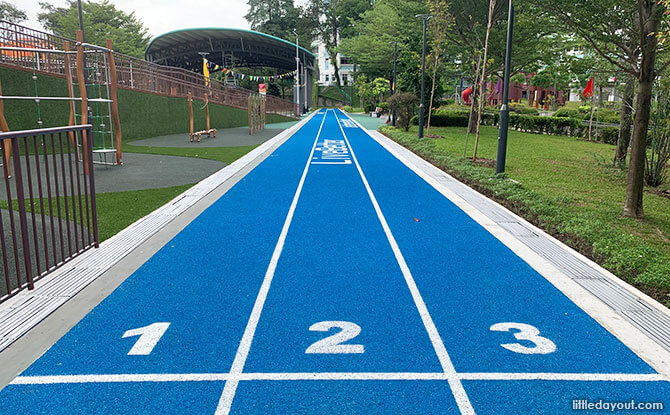 Taman Jurong Park caters to the residents of the neighbourhood with fitness stations and sports facilities too. There are sheltered basketball courts and more, as well as blue, 100-metre sprinting track. These sports facilities are funded by Sport Singapore as part of the Sports in Precinct programme.

For those looking for a place to play and exercise, Taman Jurong Park is a little gem of a recreational space.