Hans Christian Anderson’s fairy tale gets a resplendent retelling by Singapore Repertory Theatre’s The Little Company in their latest children’s musical, The Nightingale.

The Emperor of China is bored. Confined to his palace, he hears of a creature called a Nightingale and orders the Lord Protector to find it.

Guided by the Kitchenmaid, the dutiful Lord Protector forays beyond the palace walls. Eventually, he finds and persuades the Nightingale to return to the palace for an audience with the Emperor. 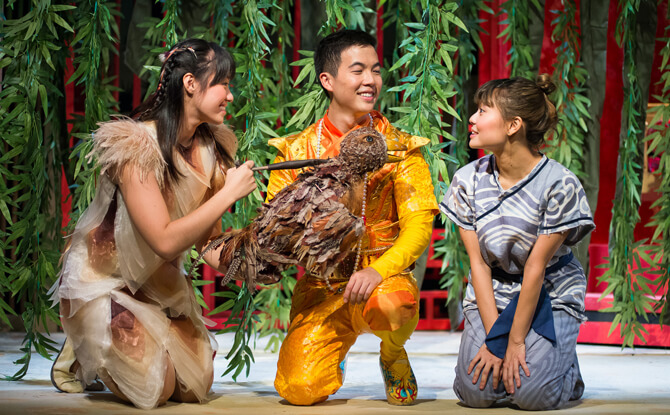 While the Emperor may suffer from a musical deficit, the same cannot be said of The Little Company’s production. The family-friendly musical was filled with catchy musical numbers, courtesy of composer Ruth Ling, winner of the National Art’s Council’s Young Artist Award in 2013. From the opening song that had everyone going “Hurray for the Emperor of China” to the haunting melodies of the Nightingale, the music was spot on.

The set was beautifully decorated and cleverly transformed from throne room to thicket with ease. Against this backdrop, Tan Shou Chen was convincing as the “lost-in-a-world-of-his-own” Emperor, while Rachel Tay fluttered around as the titular character, using her voice to bring the Nightingale’s birdsong to life. Tay also pulled double duty as the mechanical nightingale, leading the cast in a chuckle-inducing musical sequence as the latter.

Ann Lek and Timothy Wan played the Kitchen Maid and the Lord Protector respectively. As the chief narrators of the story, the pair moved the plot along with their energy and antics. A particularly memorable scene they had together was while in the forest in search of the Nightingale. 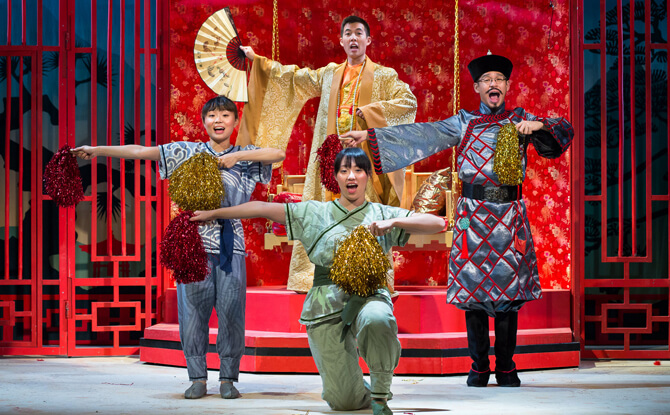 Hans Christian Anderson was said to have been inspired by his unrequited love for an opera singer (who became known as the The Swedish Nightingale) when he wrote the fairy tale. This is hinted at in the original 1843 story’s subtext.