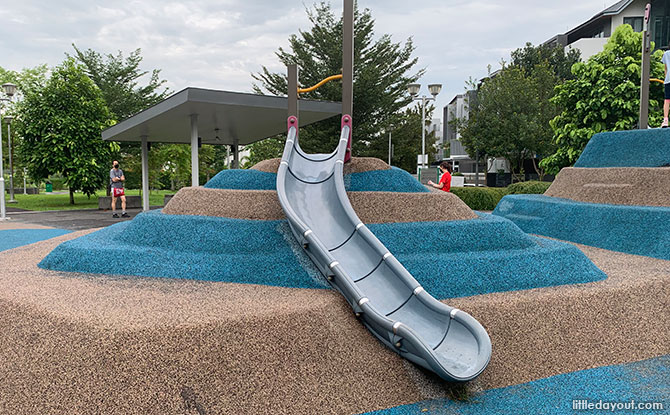 The Pavilion Park playground can be found in the private estate located off Bukit Batok Road. It is a neighbourhood play spot which can also be access from the neighbouring Bukit Gombak Park. 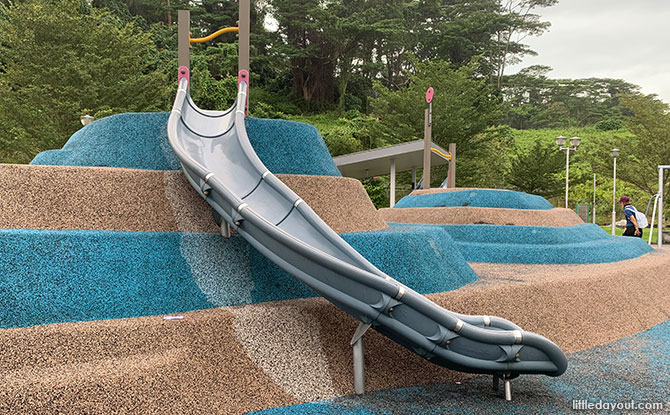 The most striking feature at the Pavilion Park Playground is its little terraced “hill”. The blue-and-brown hill invites kids to climb up to the top before taking a slide back down. 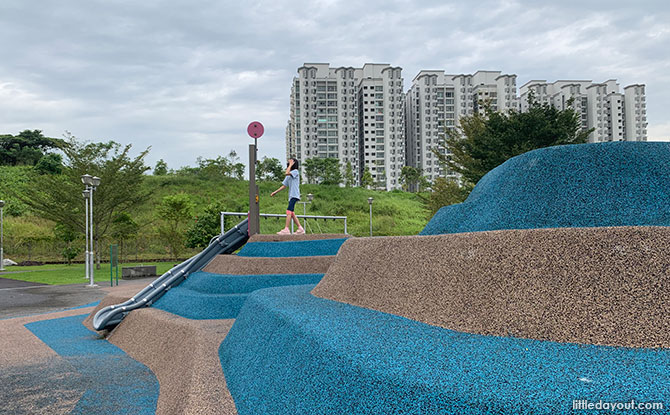 In fact, there are two peaks at this terraced play area. Each of the peaks has slide and there is a little saddle in between the two of them which kids can scramble across. 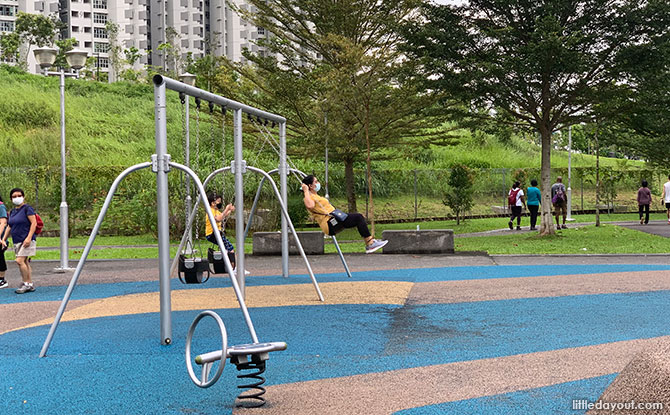 Other children’s equipment found at the Pavilion Park playground include a set of swings. There are four swings in total. Two regular ones and two which have bucket seats for young kids.

There is also a seesaw and teeter-totters at the playground too.

The area also has a fitness corner which adults can make use of.

The Pavilion Park playground is located next to Bukit Gombak Park which has a butterfly garden, hilltop walk and another playground too.