Home Arts Books Parent Review: The Malay Annals – Attack Of The Garfish And Other... 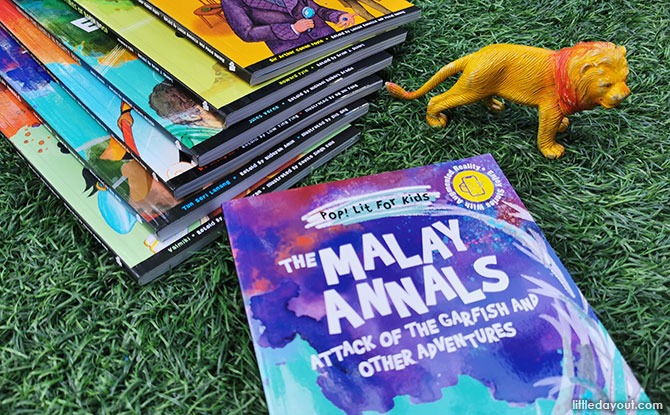 Are you familiar with local folklore, specifically from The Malay Annals? The stories of a small boy who saved Singapura from garfish, a man with superhuman powers, a clever Melakan Prime Minister who outwitted the Chinese emperor – these are a few of the stories about the maritime empire of the past. Well-loved, remembered for centuries, these accounts have also been valuable to historians to learn about the region’s history.

What are The Malay Annals? 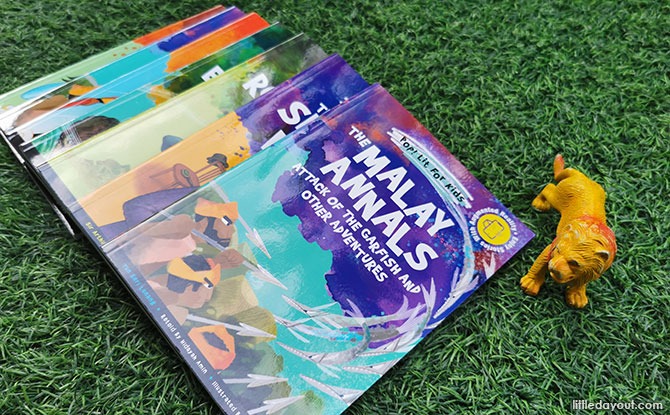 Award-winning author Hidayah Amin has rewritten the stories from The Malay Annals, a historical literature written about the Melaka empire. The Malay Annals is known as Sejarah Melayu and originally titled Sulalatus Salatin which means Genealogy of Kings. Although it is a literary work composed between the 15th to 16th century, it is considered one of the finest literary and historical works in Bahasa Melayu.

Did you know that the Malay Annals was listed on UNESCO’s Memory of the World Programme International Register? Despite the mystical stories, historians have used the text as a primary source on past events.

In it you will find familiar stories of how Singapura was named by Palembang prince Sang Nila Utama, Badang the strongman, Hang Tuah and other well-loved legends.

Review of Pop! Lit For Kids – The Malay Annals

World Scientific Publishers’s version of The Malay Annals is a refreshing take on the original stories. They are easy to read for younger children and the beautiful illustrations by Eliz Ong reflect the richness of the tales.

Each story begins with an introduction of the characters in the stories. This gives young readers a good overview of the roles of each character and their importance in the storyline. This is also supported by Augmented Reality that includes interest quizzes reinforcing the understanding of the stories. 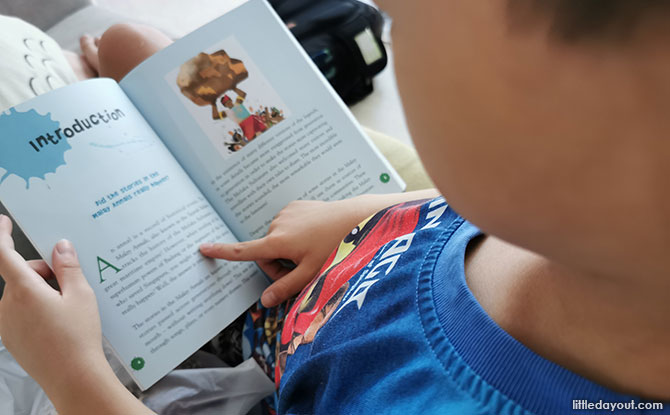 Both my sons, 7 and 9, were eager to lay their hands on the book once they saw it. I liked how certain words were highlighted in a different colour on each page, this was a great way to pick up new vocabulary with the font types reinforcing the emotions and actions expressed.

There are altogether six classic tales to read filled with courage, wit, mystique. Handed down from generation to generation, these are prized stories for every generation to rediscover. Children can also understand more about the Malay community and history before the founding of Singapore.

Other Titles in the Pop! Lit series

The Malay Annals is one of the six books in the Pop! Lit for Kids series. This series are easy to read and make great intermediate chapter books. They would attract readers gaining confidence in reading as stories are accompanied by visuals by Eliz Ong, also the illustrator behind Timmy and Tammy.

The titles include Journey to the West; Chaos in Heaven, Ramayana, Sherlock Holmes and Robin Hood. Keep your children entertained with these abridged classics. They may just be the key to opening the door to other well-loved classics. 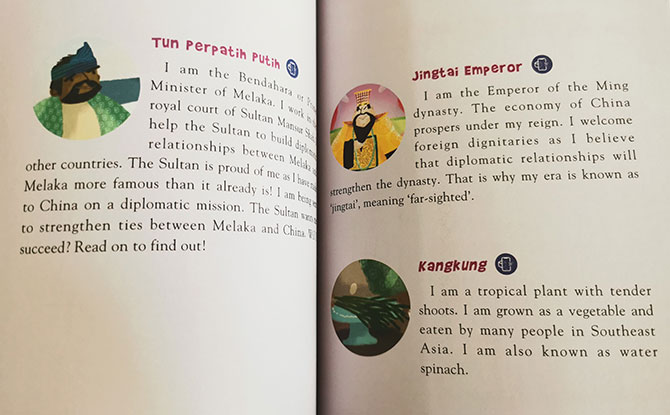 Both emerging readers and confident readers between ages 6 to 10 would find The Malay Annals a fascinating read. The text is large and not intimidating, plus it is accompanied by lovely illustrations. The colourful and expressive font types will also be a draw.

Learn more about Singapore’s History from The Malay Annals

The Malay Annals will be an enriching read for the family. It’s a suitable read aloud book for all to be enthralled by the folklore. At the same time, learning about our past can help us appreciate our present much better.