Learning from history is often understated but pertinent. To get the children going on learning about the past and hopefully taking lessons learnt in the present and future, try the Horrible Histories series. We have reviewed “The Incredible Incas” and this review will focus on the war version – “The Frightful First World War” and “The Woeful Second World War”.

Two “horrible” books in one 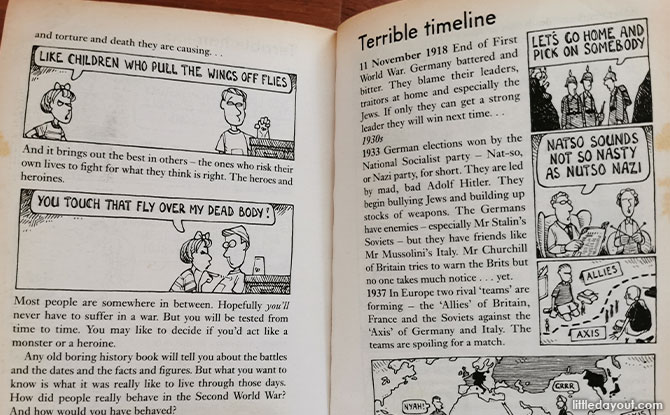 Like its series, Horrible Histories World Wars edition is a punny, tongue-in-cheek, hilarious take on the World Wars. Both wars are covered with timelines, anecdotes, songs, comics, quizzes and fun facts. For someone who has forgotten most of what was in her history textbooks, I learnt quite quickly the origins of the wars, the nations involved and how difficult/traumatic war life was.

The subject matter of the book is definitely bloody and gory at some points, as war is. But it is also this reality that reminds readers of its horrors – lest we forget.

The Frightful First World War was sparked off by a Bosnia-Serbia conflict, following which countries in Europe took sides and began a four year Great War. It also overlapped with the Spanish flu, the pandemic before Covid-19, which of course meant even more fatalities as the war fueled its spread as people travelled back home after the war.

We are all probably more familiar with WWII. However, the book does not really cover the war in Asia nor many Asian perspectives. It mainly focuses on the battle in Europe and the holocaust. I like it that the book also discusses heartwarming moments during the war such as the Polish policemen saving Jews hiding by lying to the German Commander, or an Englishman saving a Frenchman accused of betraying the Special Operations Executive.

The Grimness of Wars in a Light-hearted Way 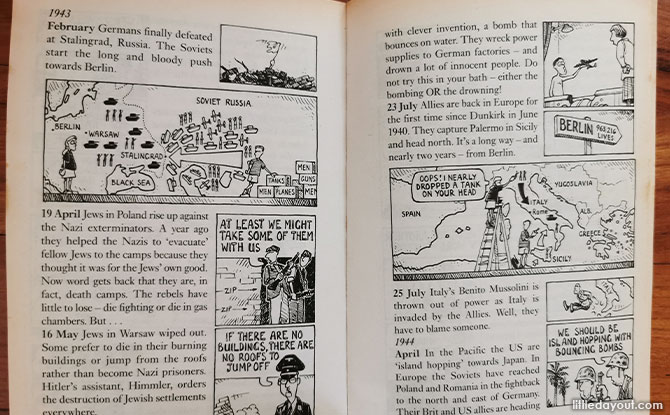 War is usually a heavy subject, yet the Horrible Histories version brings out facts in a light-hearted way. This helps anyone, especially children, to learn easily. The content is injected with fun facts and quizzes. Did you know that during World War 1, all animals supplied by the British Army were called horses? Even dogs, just to keep things simple. 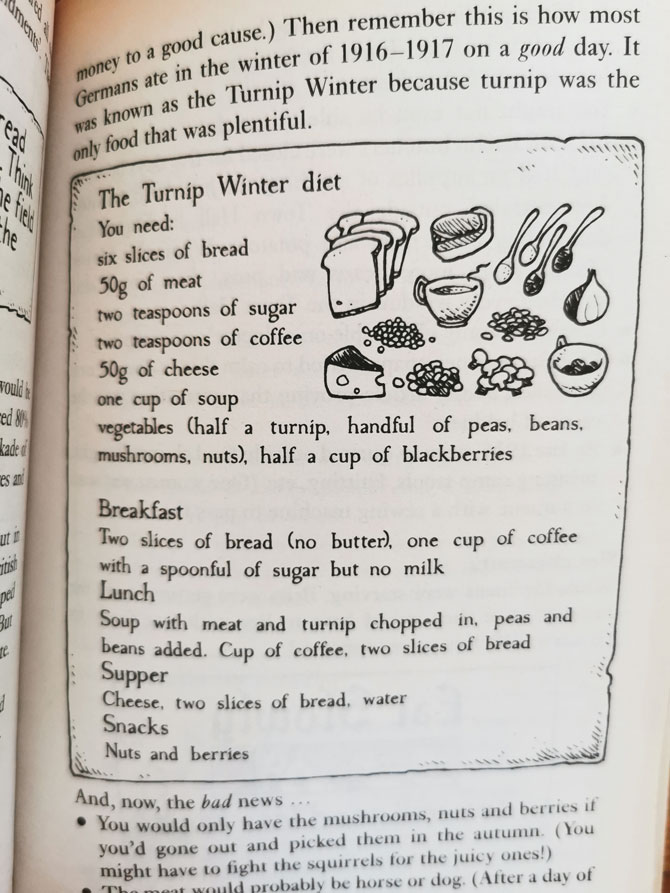 War recipes are also shared in the book. Of course, the soldiers and civilians made full use of simple ingredients available during the war. It’s also a helpful way to discuss food wastage with the children. In Germany, “Eat less” posters with ten food commandments were put up. Rule number 7 was – “Do not cut off a slice of bread more than you need to eat. Think always of the soldiers in the field who would rejoice to have the bread which you waste.” That’s much food for thought.

Horrible Histories – an Easy Read for Everyone 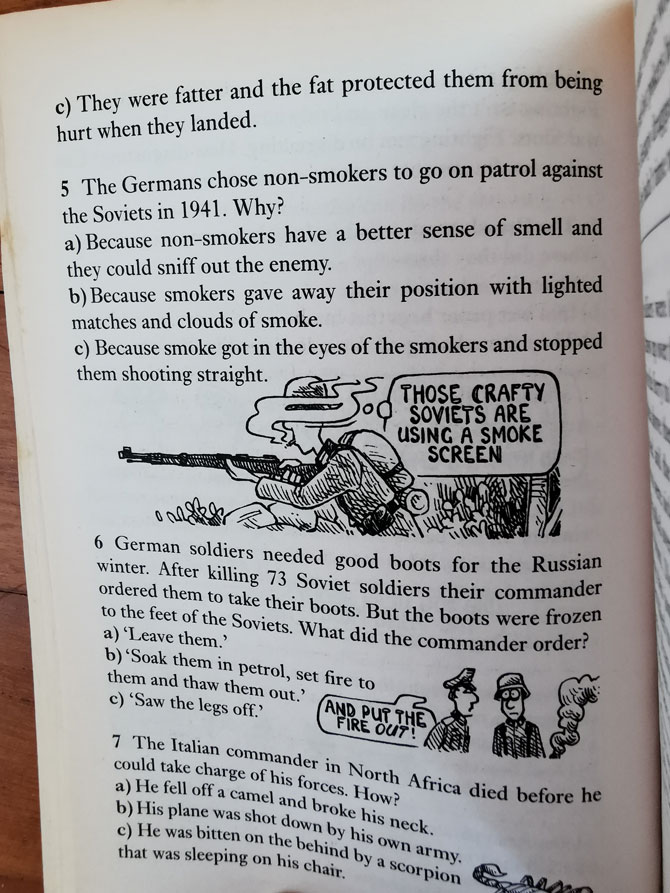 Despite the topic, Horrible Histories World Wars edition was an enjoyable read. It might even leave you in stitches for those who love good puns and war jokes. This makes learning about war even more memorable and we should all take a leaf out of the book by rejecting any suggestion about war and conflict.

You can find the book via this link or borrow it from NLB here.