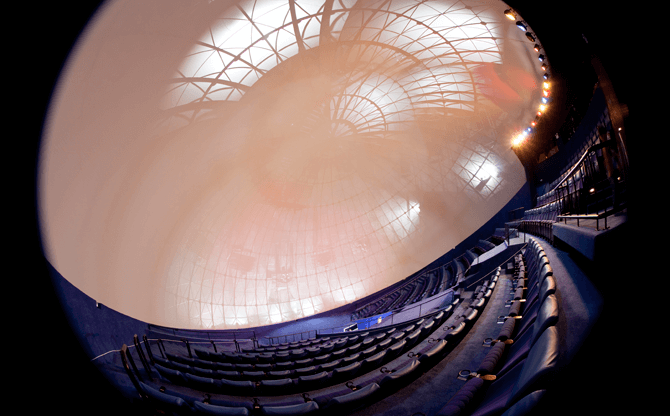 The Omni-Theatre, Singapore’s only IMAX dome theatre, reopens from 10 May 2014 onwards. It was closed in August 2013 for upgrading and the construction of KidsSTOP, the new children’s science centre.

To mark its reopening, the Omni-Theatre will be screening two moviesAnimalopolis and Titans of the Ice Age.

Animalopolis is a 31-minute film recommended for children three to eight years old and families. It takes viewers on a voyage into the magical world of animals and takes a light-hearted and imaginary look at their humorous actions. See a variety of animals including cheetahs that race like a Ferrari, bears that run their own fishing school, an operatic lion, scary crabs that hold a town hostage and even attempt to cuddle with children.

Titans of the Ice Age (approximately 40 minutes) journeys back to the prehistoric world where saber-toothed cats and cave bears ruled. Travel across monumental glaciers and sweeping grasslands for a close encounter with Ice Age creatures.