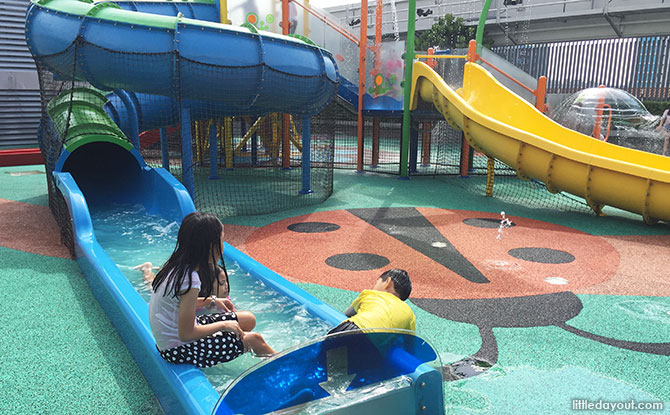 The Northpoint City Playground, on the roof terrace of the mall’s North Wing is an awesome FREE outdoor playground. Known simply as The Playground, it is split into two areas – a mini dry playground, and a water park.

Mall in the North

If you live in the North and haven’t been to the newly revamped Northpoint City in Yishun, well, where have you been?

Made up of two retail wings – North Wing (which was formerly Northpoint Shopping Mall) and South Wing – Northpoint City in the heart of Yishun now has a combined retail area of more than 500,000 square feet.

Home to a good number of retail and F&B outlets, and one of our favourite indoor playgrounds, Sunshine Childhood Playland, Northpoint City is the megamall of choice north of Singapore.

Wet and Wild at The Northpoint City Playground

At the Northpoint City playground is located on fourth floor with both lift and escalator access. 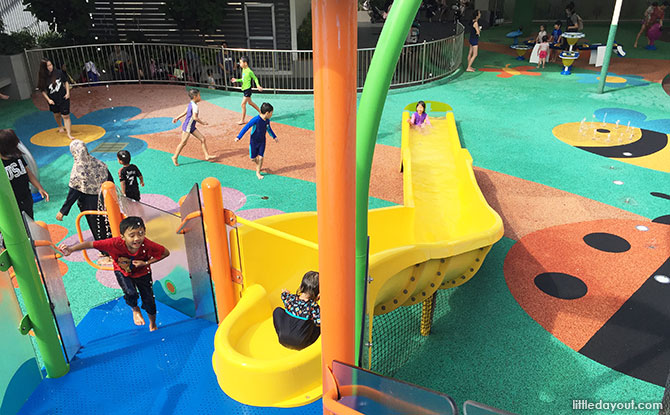 The water play area is the first thing you’ll see as you step through the doors, and I was suitably impressed, to say the least. (I also did a little happy jig inside knowing where I’d be a lot more with my daughter!) 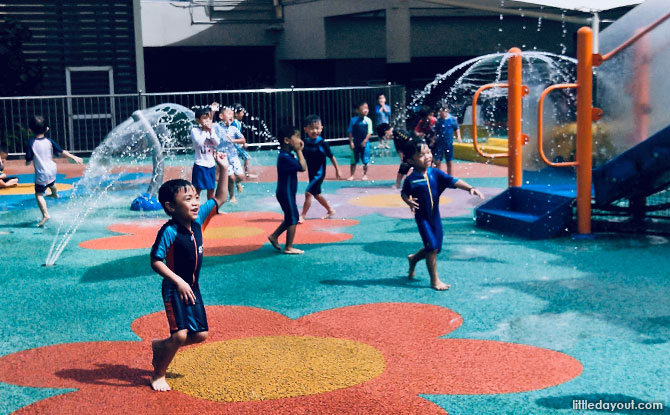 When my daughter and I were there, children from the local pre-school were already having a wet and wild time playing in the shade which I found a really thoughtful touch. Sure, it’s great frolicking in the water as the sun bores down, but I’d like the option of keeping her out of the sun when it gets far too hot!

In the shade of the water play area are ship-shaped troughs of water, and a water shooter that reminded me of a particular brand of bladeless fan. No less fun than the main play area and with lots of room to run around in. 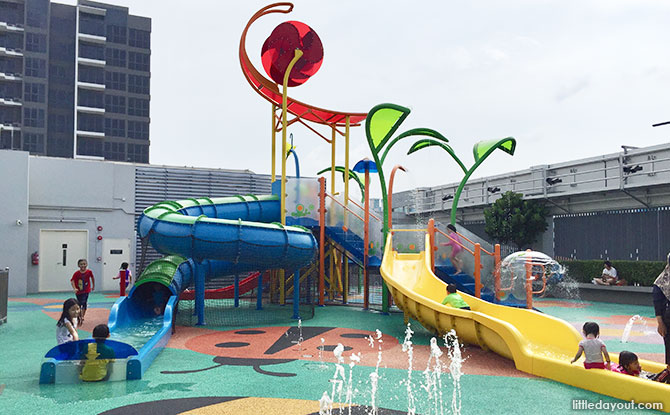 The main frame of The Playground’s water play area sits loud and proud in the middle of the roof terrace and is made up of slides, water shooters, water jets, and a massive water dunker.

My daughter made a beeline for the first slide she laid eyes on, and up and down she went, over and over again! I had to remind her to be careful as the steps and platforms are really slippery when wet. 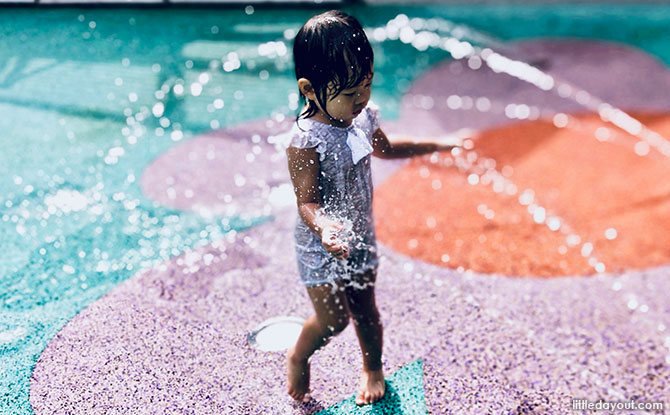 She – and the preschoolers there – had a great time running through the splash pads and standing over the jets of water shooting out of the ground. A separate group of little boys also very bravely – and patiently – waited for the massive water dunker to fill up for the big hurrah. Watching them made me wish I was dressed in my swimmers! 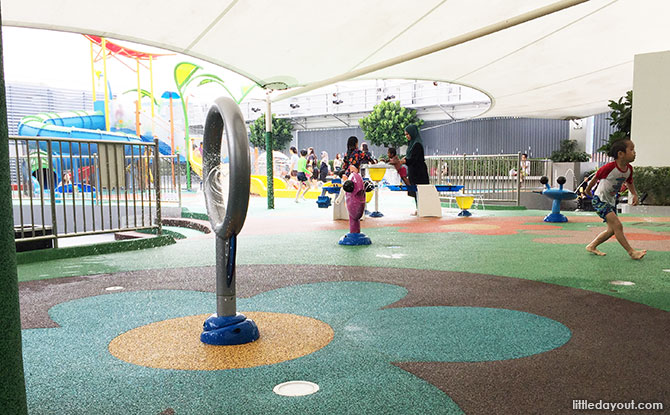 When it was time to dry off, my daughter spent a little time in the mini dry play area which is tucked away in the far end of The Playground. There’s neither a slide nor a ball pit here; just a few fiberglass woodland-themed structures – a tree, a grasshopper, a ladybird, a caterpillar, and a butterfly – on regular rubber mulch flooring.

These structures are probably good for a game of hide-and-seek with the littler ones who aren’t big enough for the water play area but take note, mummies and daddies, things could get a bit hot to the touch!

Fun For The Whole Family

With Sunshine Childhood Playland in the South Wing, and The Playground in the North Wing, there really is something for the whole family at Northpoint City. Why drag unwilling parties – like husband and children – shopping, when you can just release them into the play areas!