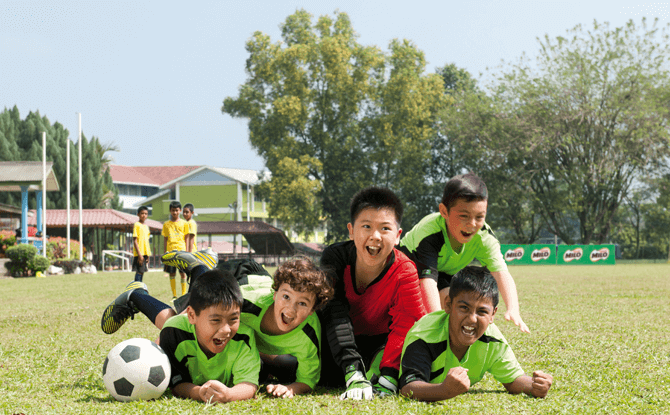 Take part in MILO Soccer Cup, a soccer tournament for kids between seven to 12 years old, and stand a chance to be shortlisted to win a trip to Barcelona, and train with the FCBEscola Soccer School in October.

The inaugural MILO Soccer Cup will be held ITE College Central from 9 am to 6 pm on Saturday, 29 July 2017. It will consist of both non-competitive and competitive categories.

There are a total of three categories – Under 8s, Under 10s and Under 12s. Depending on the category, interested participants can form teams of 10 or 12 to participate.

The MILO Soccer Cup 2017 – Fun and Friendship Category is aimed at promoting fun and friendship amongst primary school children under 10 years old through football. Further split into two categories, the Under 8s and Under 10s, 12 teams with up to 10 members per team will participate in each age category.

The MILO Soccer Cup 2017 – Competitive Category is a football tournament aimed at young passionate footballers under 12 years old who are looking to hone their football skills against other likeminded teams and individuals. There will be 16 teams with up to 12 members per team playing against each other in this competitive category.

The MILO Soccer Cup is open to both boys and girls. Registrations will close on Wednesday, 19 July 2017.

At the tournament, players will be judged by an expert panel of well-known footballers including Fandi Ahmad, S. Subramani, Nazri Nasir, Man Hon, Malek Awab, Rezal Hassan and Samawira Basri.

Five children from Singapore will be shortlisted during the tournament to win a trip to Barcelona, and train with the FCBEscola Soccer School in October. This initiative is part of MILO’s global sports partnership with FC Barcelona that was first announced in November 2016.

Public Welcomed to the Tournament

On tournament day, members of public are welcomed to watch the excitement and cheer participants on at the event. Seats are available on a first-come, first-served basis at this non-ticketed event. 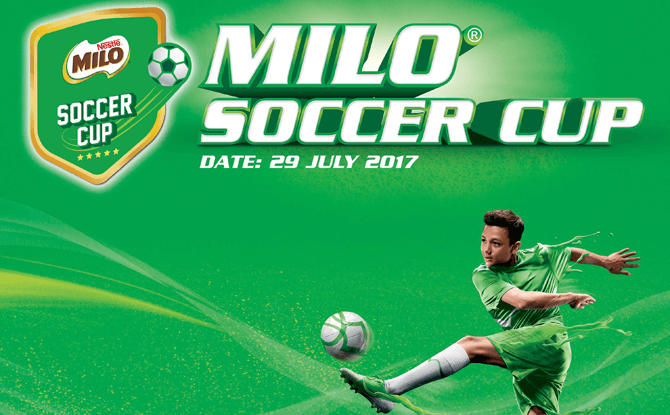 MILO will also be providing the public with free breakfast (while stocks last) and beverages from its well-loved MILO van on-site. There will also be fun activities and games for the public at a pop-up MILO Carnival area.

Mr Chow Phee Chat, Director, Marketing Communications and Corporate Affairs of Nestlé Singapore shared, “MILO has been championing youth sport development in Singapore since the 1950s, and we have a rich history in the local football scene. Fandi Ahmad, the MILO Soccer Cup tournament ambassador and judge, is testament to this – it was during the MILO Soccer School where his budding talent was further developed.”

Fandi Ahmad added, “MILO has a proven track record in nurturing Singaporean athletes – including myself! Being a judge at the MILO Soccer Cup is like coming full circle after all these years. Watching young talent play their hearts out on the field always inspires me and I think events like MILO Soccer Cup are positive platforms to nurture kids in Singapore so that they can grow up to be strong, resilient individuals who work hard for their goals.”