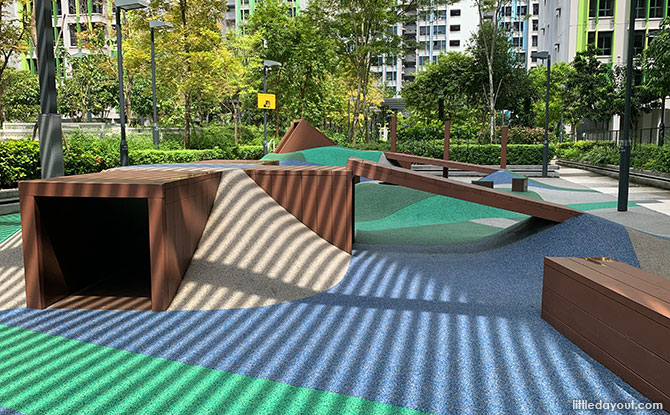 Crawl through tunnels and stride across bridges at the Meadow Playground, Alkaff Courtview, one of several play areas at the Bidadari housing estate.

Located at the rooftop above the car park, the Alkaff CourtView Meadow Playground is a small little play space for kids to enjoy a bit of fun in the neighbourhood.

Pretend to be Rabbits in a Meadow 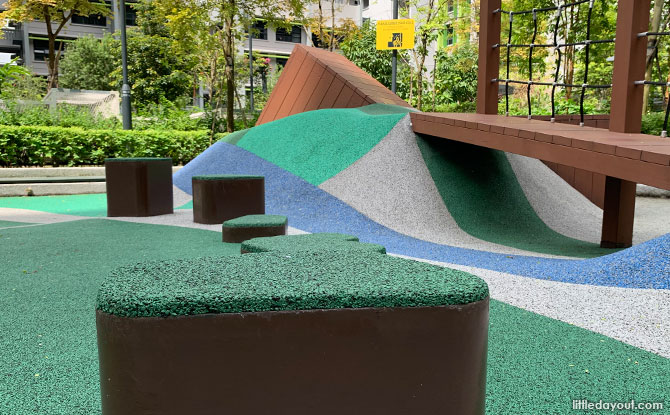 According to a signboard at the playground, it is inspired by rabbits burrowing through the ground. In addition to the tunnel and bridges which span imaginary “shallow streams”, there are also stepping logs for kids to hop along while at the playground.

The tunnels, in fact, look like little crates which kids can climb through under the shade of the trellis above.

There are also hills to climb up to and slide down from as kids go looking for the creature that live at the undulating Meadow Playground. 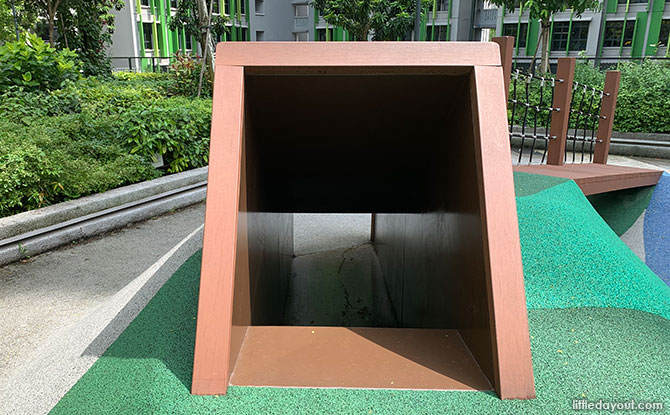 We liked one of the tunnels which had a slide built in. Kids can climb up a set of terraces on one side and slide through the “crate” to emerge on the other side. 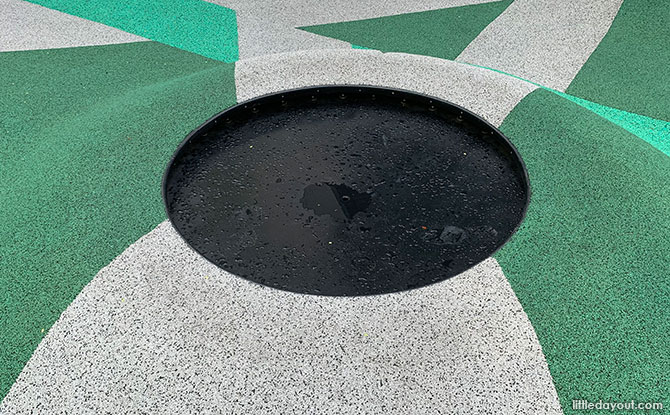 Perhaps as a nod to the imaginary rabbits that inhabit the Meadow Playground at Alkaff CourtView, there is also a trampoline embedded into the playground’s floor. This springy equipment provides an extra boost for kids as they hop about from one section of the playground to another. 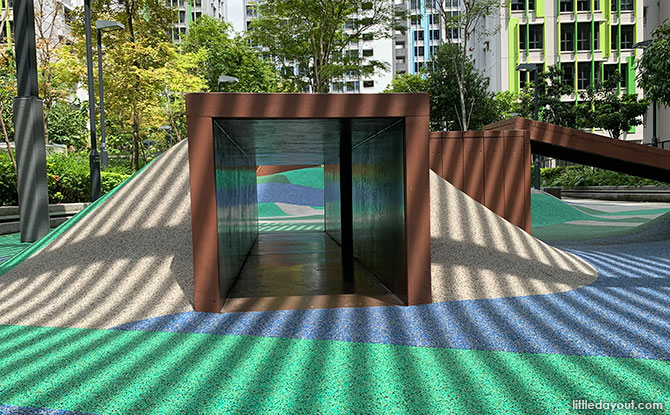 The Meadow Playground at Alkaff CourtView is one of several playgrounds around the estate. It is located in front of 102A Bidadari Park Dr, Singapore 341102.

Kids can also explore others such as the rock playground, which is on the ground floor nearby.

8 Water Playgrounds In Singapore To Cool Off From The Heat