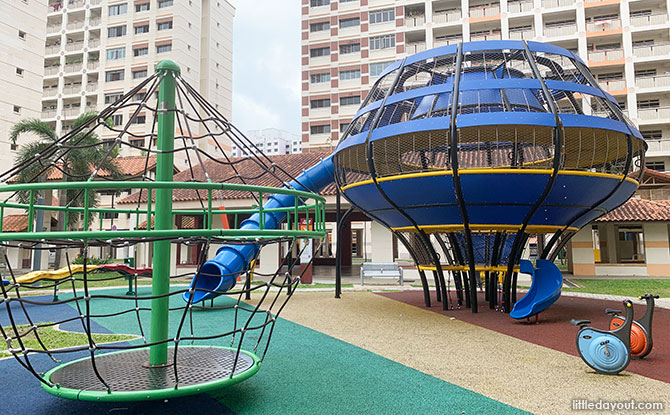 At the Jurong West Street 73 Playground, a large blue climbing structure and a smaller green one await kids who are looking for a bit of fun.

The Mothership & The Spinning Saucer

Jurong West Street 73 Playground is a neighbourhood playground. Its two most outstanding play structures are a big blue climbing frame, which we will dub the mothership, and a green, netted spinning saucer. 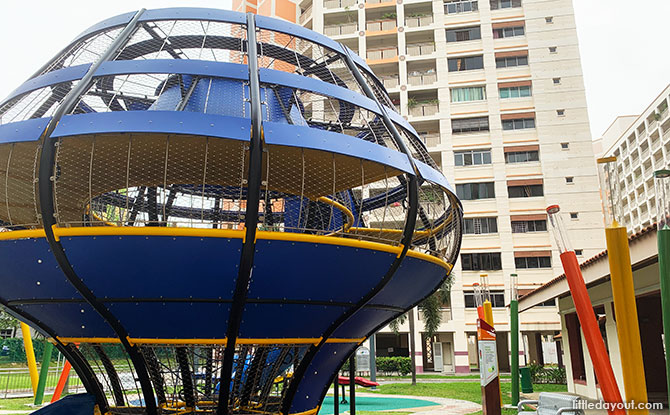 The blue mothership is sure to attract anyone’s attention first. It is a three-tiered structure with nets and climbing holds inside.

Sprouting up from the ground, it looks almost ready for lift off. 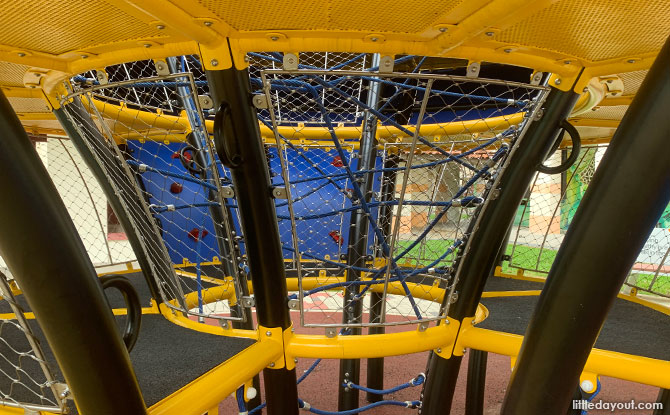 Entry is via an opening at the bottom. 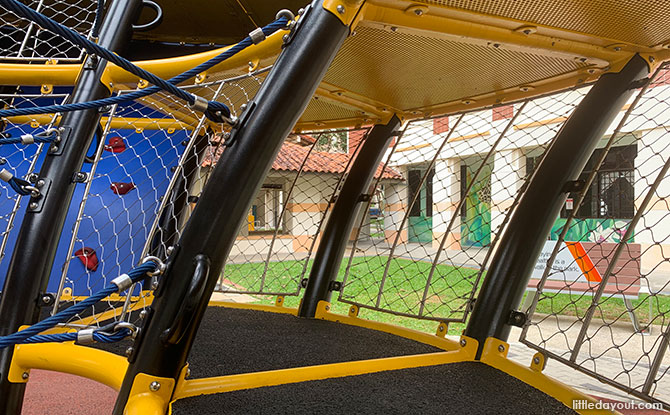 Kids will have to climb their way up the playground from the inside to reach the upper levels. 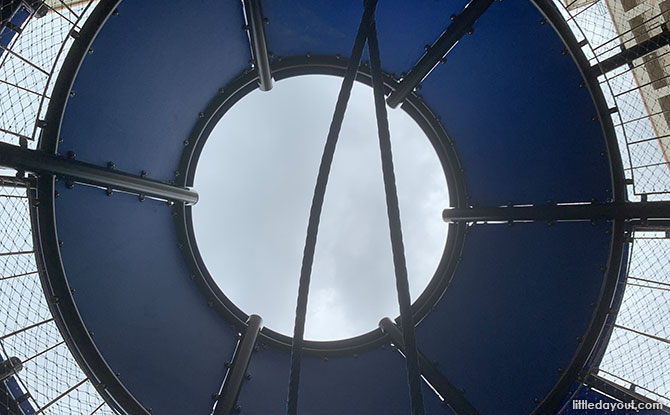 Right at the top of the playground is an oculus which looks up into the open sky above.

At the top level is the entrance to the Jurong West Street 73 Playground mothership’s blue tube slide. It provides an alternative exit point for kids who wish to leave mothership. 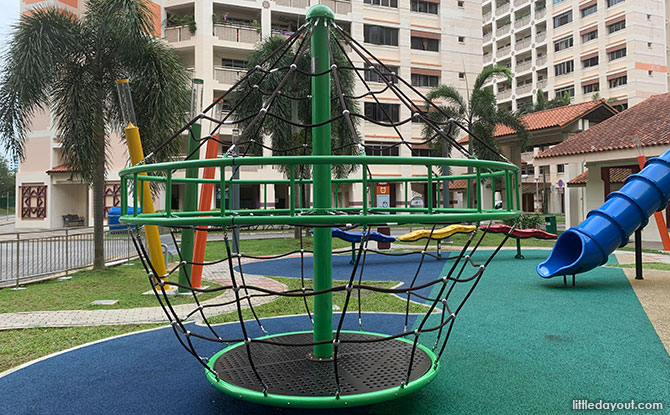 The other play structure at the Jurong West Street 73 Playground is a netted, green one. It looks like a spinning offshoot from the larger blue “mothership”. 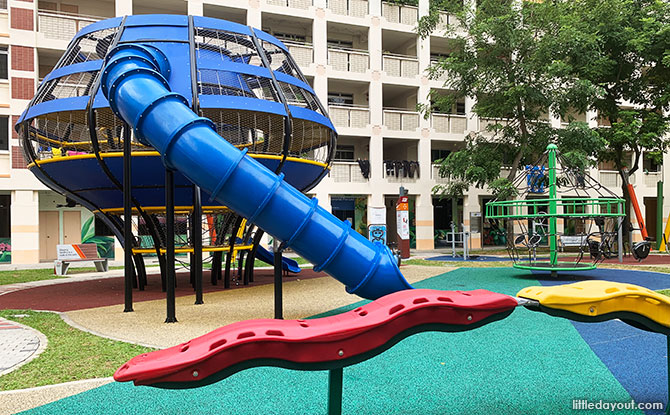 Also at the Jurong West Street 73 Playground is a colourful and fun wobbly see-saw. 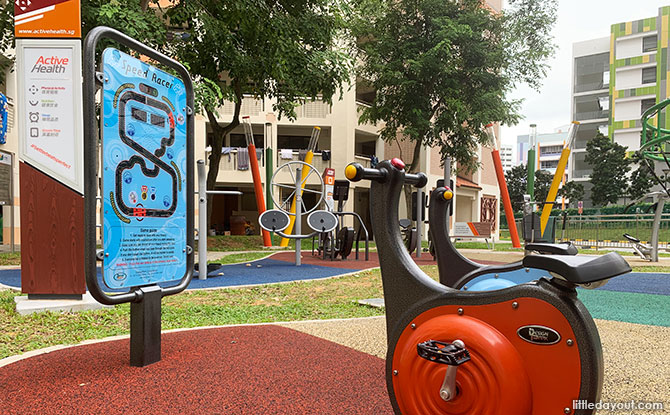 A pair of stationary bikes allow kids to have a “pedal-off” in a game of “Speed Racer”. 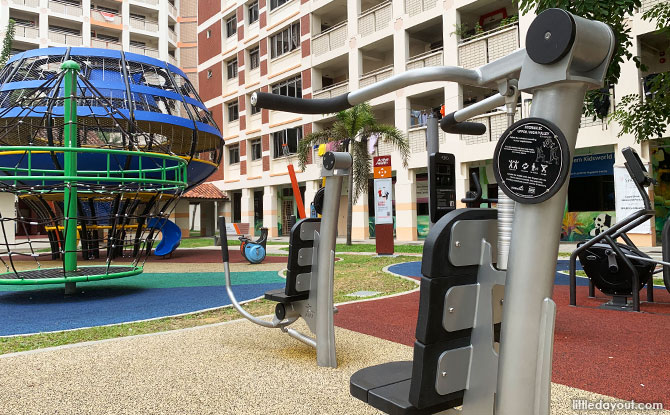 Next to the playground is an exercise corner with fitness equipment. This allows for intergenerational bonding where kids can play while parents or grandparents get in a bit of exercise at the same time.

The mothership-and-saucer playground at Jurong West Street 73 is can be found in front of Block 739.