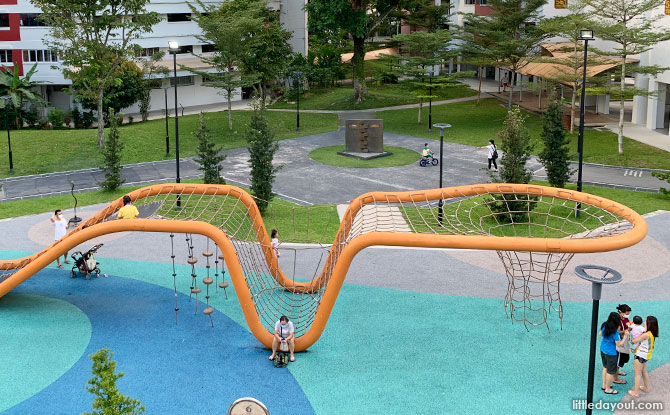 The Jurong Spring Neighbourhood Park was refreshed back in 2018 to become a multi-generational space with facilities for all ages. It can be found next to Blocks 548, 549, 556 and 558.

The park has also been fashioned into a sports recreation hub which serves as a focal point for those who want to live a healthy lifestyle. 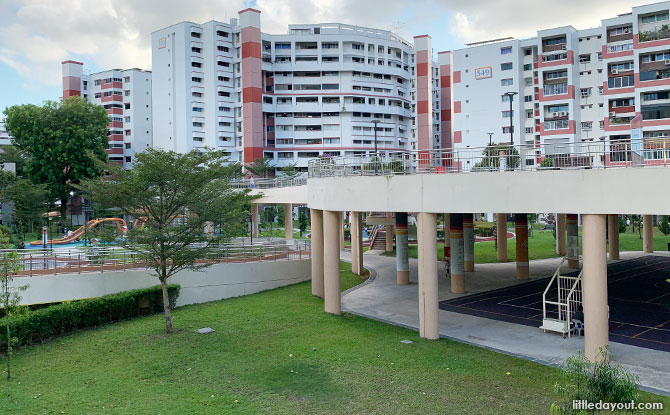 One of the distinctive features of Jurong Spring Neighbourhood Park is its Green Plateau. This houses a multi-purpose court and serves as a viewing deck at the upper level. It is a nice spot to survey the rest of the park. 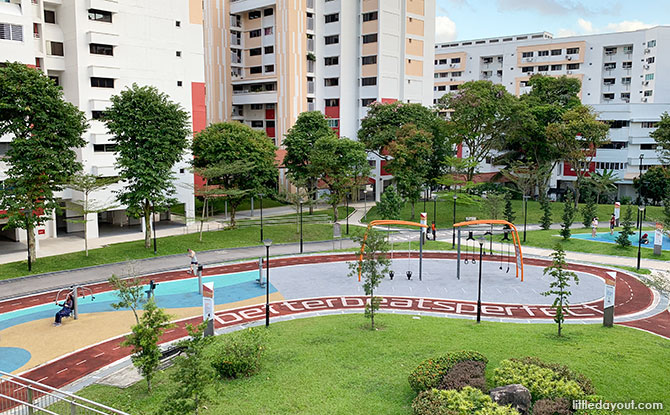 Also encircling the neighbourhood park is a jogging track. There is also a rubberised walking track too. 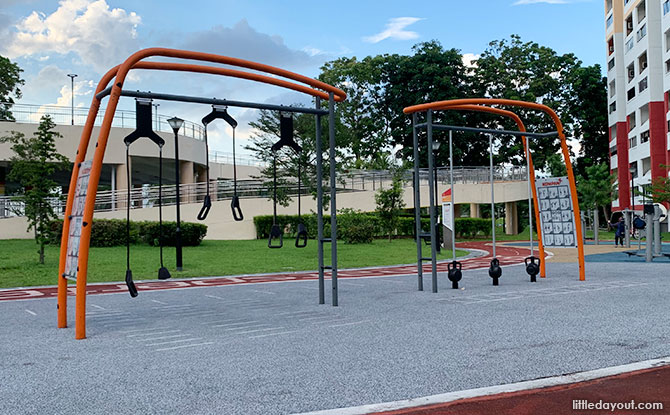 And there is also fitness equipment in the park.

The Jurong Spring Neighbourhood Park Playground is a popular spot for families. 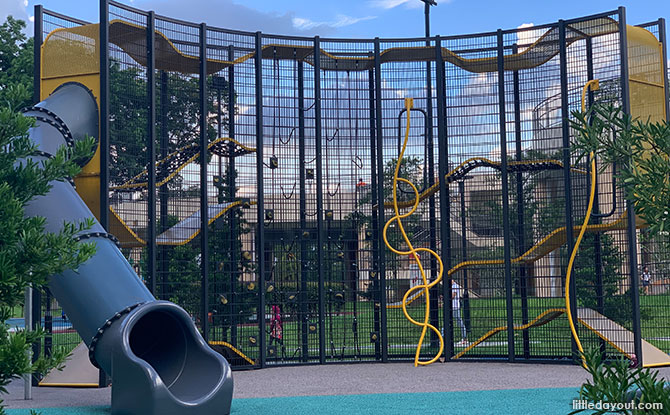 This features a yellow-trimmed Wallhola vertical playground. Kids can climb inside and make their way to the top where a bluish grey slide awaits to bring them back down to the ground.

Another interesting element at the Jurong Spring Neighbourhood Park Playground is an orange netted play structure. This low rope structure has interesting dips which kids can climb up and down.

This playground structure will look familiar to those who have been to Coastal Playgrove at East Coast Park. 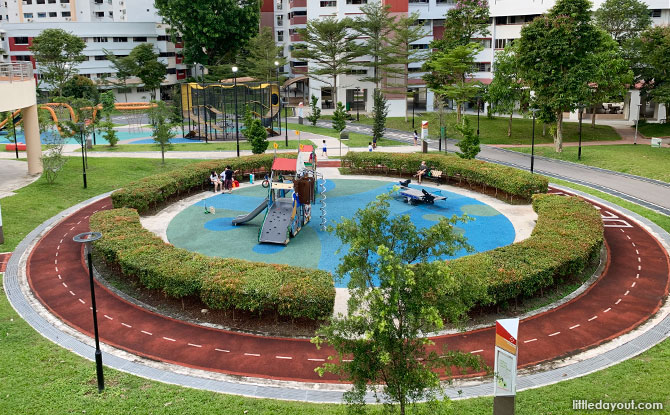 There is also a toddler playground, surrounded by a green hedge in front of Block 549. 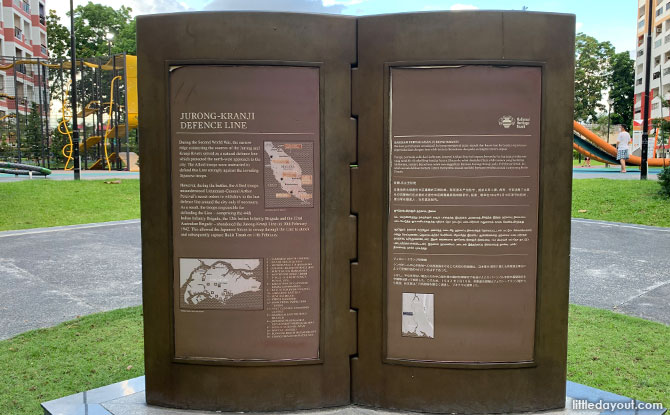 An interesting fact about Jurong Spring Neighbourhood Park is that is also a historic WWII site. It was part of the Jurong-Kranji Defence Line, a natural choke point between the Jurong and Kranji rivers.

Allied troops from India and Australia were given orders defend the ridge there but misunderstood their orders and withdrew from their positions. This allowed Japanese forces to advance quickly towards Bukit Timah and the city.

A National Heritage Board marker stands at Jurong Spring Neighbourhood Park to tell the story.