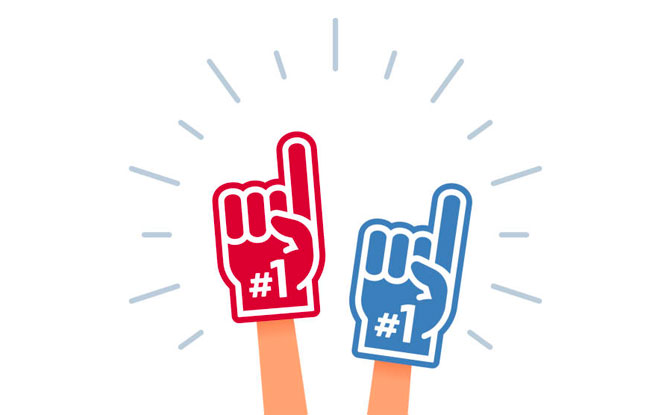 The Superbowl is one of the biggest sporting events of the year. Many people gather to support their favourite athletes and sports teams. Other than all the excitement and the cheering, there are also lots of funny moments. Here is a list of some great Super Bowl jokes that you can share with your fellow friends and family members during this exciting event! 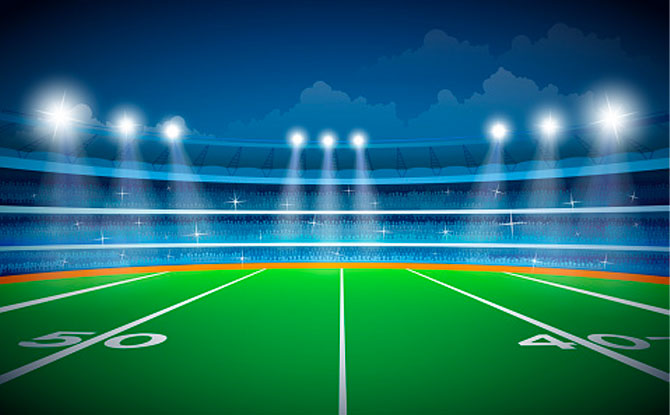 1. What dessert do they serve at the Super Bowl?
Sundays.

2. Why was the tiny ghost asked to join the Super Bowl football team?
They needed a little team spirit.

3. Why do field goal kickers bring string to the Superbowl?
Just in case they need to tie the score.

4. What kind of tea do they serve football players at the Super Bowl?
Penaltea

5. Where do the quickest football players like to eat?
Fast food restaurants, because they are so fast.

6. What runs around the field during the Super Bowl – but never moves?
A wall

8. Why did the football players cry when they lost the Super Bowl?
They’re a bawl club.

9. What’s as big as a Super Bowl trophy, but weighs nothing?
It’s shadow.

10. Why did the football quit playing in the Super Bowl?
It was tired of being kicked around.

11. How do they hire Superbowl referees?
Make them wear stilts.

13. Why do the best field goal kickers take ballet lessons?
To learn how to split the uprights!

15. How are tail-backs similar to water?
They both can run!

16. Why wouldn’t the football player eat Wheaties?
He was waiting for a super bowl.

17. What’s the hardest thing about being a Superbowl quarterback?
The ground.

18. Why are centipedes not allowed to play in the Superbowl?
It takes too long to put their cleats on.

19. How are scrambled eggs like slow corner-backs?
They’re both beaten.

20. What kind of pastry do defensive backs eat before playing the big game?
Turnovers!

21. Why was the receiver nicknamed “Bad News?”
Because bad news travels fast.

22. Why will it be warmer in the stadium the day after the Super Bowl?
All the fans will be gone.

23. What did the football players think about the stadium lights during the Superbowl?
They gave them GLOWING reviews.

24. Did you hear about the joke the quarterback told his receivers?
It went over their heads.

25. Where do players dance after playing in the Superbowl?
At a foot ball!

26. What do football players wear to the Super Bowl?
Armor – because it’s a knight game.

27. Anyone see 50 cent perform at the Super Bowl?
Inflation is real

28. What do Superbowl players do when they get overheated?
They get closer to the fans.

29. What is harder for a receiver to catch the faster he runs?
His breath!

30. What did Waldo say at the Superbowl?
I’m just here so I won’t get found

31. Why didn’t the dog want to play in the Super Bowl?
It was a boxer.

32. What would you find in Superman’s kitchen?
A Superbowl!

33. What did the receiver say to the football before the big game?
Catch you later.

34. What did the composer say about the music at the Super Bowl?
It’s in half time.

35. Tide has some serious ad time during the Superbowl this year
Must be able to afford it after cornering the teenage snack food market

36. A good buddy of mine has 2 Super Bowl tix, 40-yard line box seats. He paid $2,500 each but he didn’t realize last year when he bought them, it was going to be on the same day as his wedding. If you’re interested, he’s looking for someone to take his place… Try to be on time. It’s at Calvary Church in Santa Monica at 12pm. The bride’s name is Nicole, she’s 5’4″, about 115 lbs, a good cook too. She’ll be in the white dress.

38. Corona didn’t need an ad in the Super Bowl for their beer.
It’s already gone viral.

39. Knock Knock
Who’s there?
Hans.
Hans who?
Hans to the face is a penalty.

40. I saw a man at the Super Bowl with an empty seat next to him.
I lean over and ask him how there is an empty seat. He told me that he bought the tickets several months ago for him and his wife, but the wife unfortunately passed. I give my condolences, and I ask him why none of his family members took the ticket. He responded that they are all at the funeral.

41. A man dies and arrives in Heaven.
As he’s standing in the Pearly Gates, he notices a huge wall of clocks behind St. Peter.

He asks, “What are all those clocks?”

St. Peter replies, “Those are repost clocks. Every time there is a repost on Reddit, the clock’s hands move.”

Oh! What subreddit is that?” he says, pointing.

“That’s r/superbowl’s clock. Its hands have only moved twice.”

St. Peter replies, “We’re using it as a ceiling fan.”