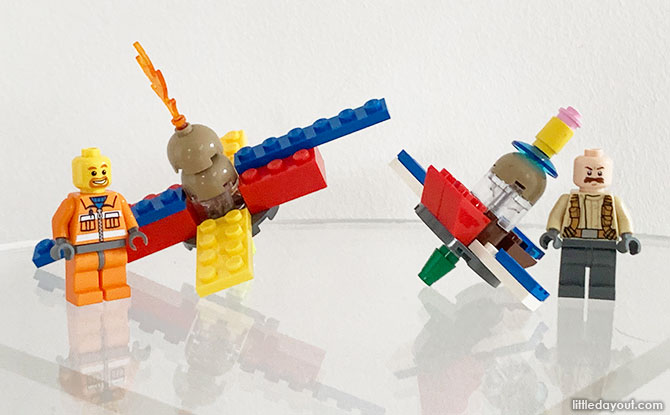 Build a LEGO spinning top out of spare bricks that you have lying around. This is a fun and easy activity to do with kids – plus it invites them to experiment and try out different ideas to hone their creativity.

All About Spinning Tops

Spinning tops are amongst the world’s oldest toys. Clay tops have been found dated back as far as 3,500 BC. Children have used them as a toy for past time for ages. There are even competitions for top spinning.

There are several types of spinning tops. These include a whip top, where the motion is started by a cord, and the throwing top, which has a cord tied around its body and is thrown to get it in motion. 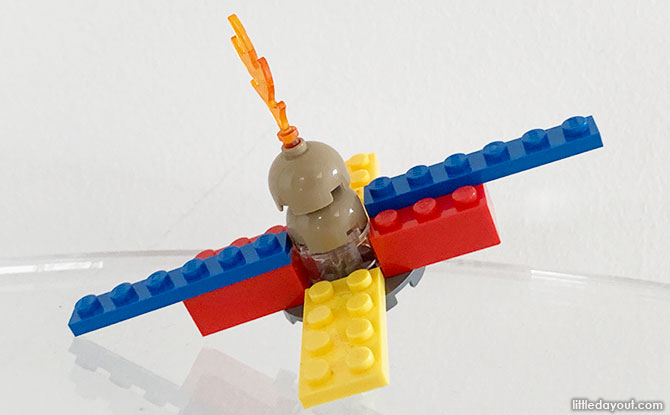 A spinning top is essentially a gyroscope. It made up of three main sections. The tip which is the part which makes contact with the ground. The body is what gives the top its weight and the spindle is what you hold in order to twirl the top and get it spinning.

How to Build a LEGO Spinning Top 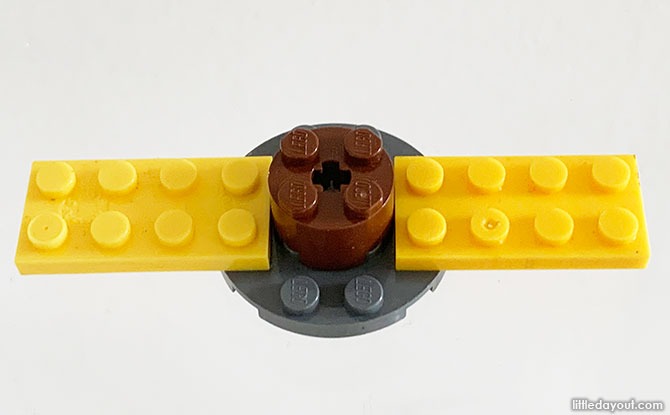 To build the LEGO spinning top, start off the body. A Plate Round 4 x 4 with Pin Hole is the ideal piece for this. To this, you can attach other LEGO plates or bricks. These should balanced off with each other.

In other words, if you put a 2 x 3 brick on one side, the other side should also have a 2 x 3 brick. However, you can experiment with different configurations to see what is the effect of different body designs.

Tip of the Spinning Top

Next, fit the tip under the body. 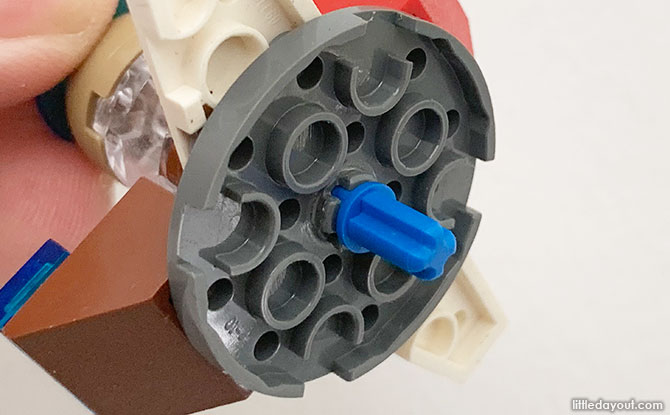 There are several options to do so. The simplest would be to use a Technic Axle Pin with Friction Ridges and insert it into the pin hole. 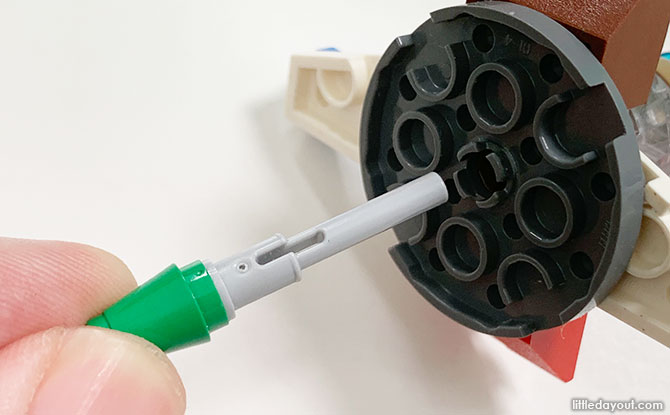 Alternatively, a Technic Pin with Bar Extension also works well and allows you to fit a Cone at the end. 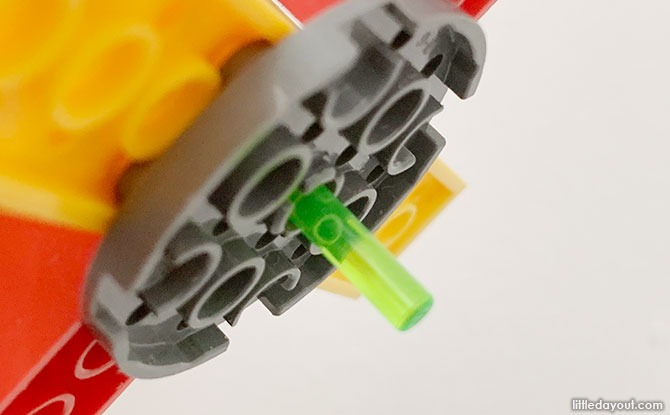 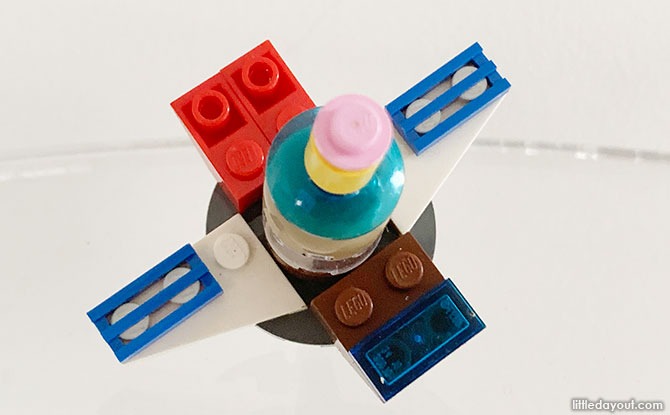 Finally, construct the spindle, the part which you will hold to spin the top. This can be made up of any 2 x 2 Blocks. 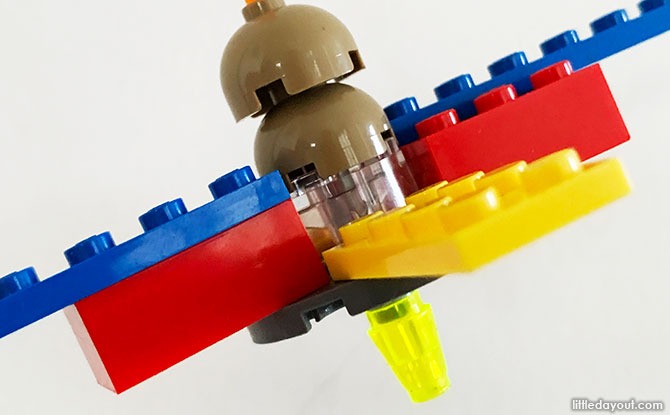 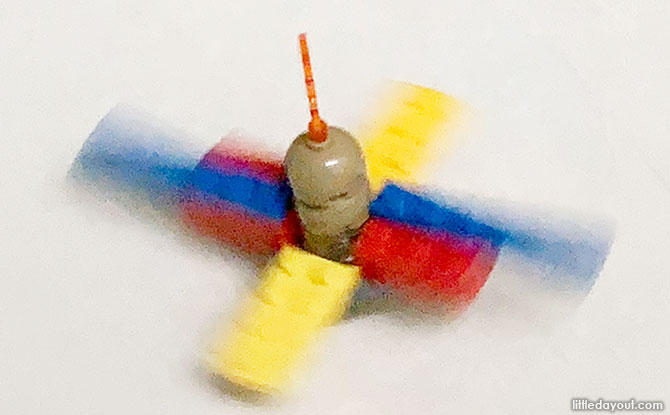 Once you completed your LEGO Spinning Top, give it a twirl. 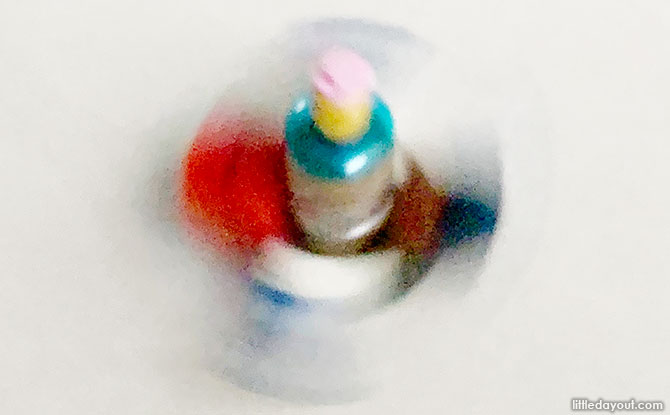 Here are some additional things which you do to experiment with the LEGO spinning tops.

The first is setup a challenge to see who can build a top that spins the longest. Experiment with the tip, body and spindle designs to see what effects they have.

Another activity idea to see who can build a top with the tallest spindle that can spin for at least 5 seconds. The higher the spindle, the higher the centre of gravity and the harder it is for the top to stay balanced. Have a race to the top!

The last activity idea is to have a battle of the spinning tops. Create two different top designs and set them off against each other and see which one survives!