Home Arts Music Esplanade Offstage: Dive Into A Family Adventure In The Arts 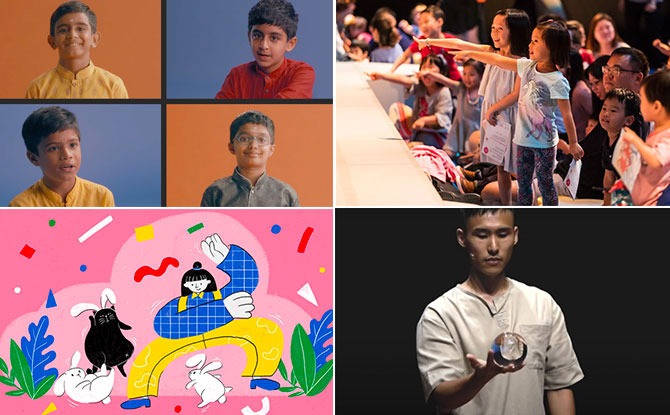 Discover Esplanade Offstage, a rich set of free online content where families and kids can come together to learn about arts and culture while being entertained at home.

While we are used to seeing performers onstage, what goes on behind the scenes is no less fascinating. On this content site, you can discover the arts through videos, podcasts, articles, quizzes and resources and learn more about what goes into arts performances.

Watch a family theatre performance with your child, create a story-inspired craft at home or even pick up a new circus skill. These are easy ways to engage with the arts that Esplanade Offstage offers.

What’s more, parents will be able to draw on the content on Esplanade Offstage to spark conversations with their children. There are expertly put-together activity sheets and inspirational videos about young ones who have discovered their passion for the arts. And guess what? New content is being added all the time.

I Kid You Not #7: The Art of Indian Percussion 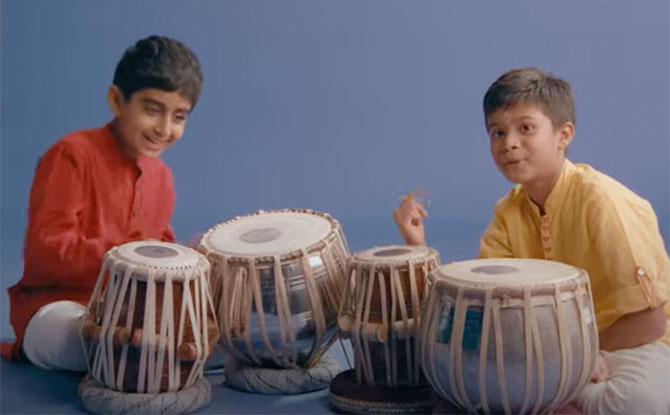 I Kid You Not is a series which features kids who are experts in traditional art forms. In each video, they introduce various aspects of culture and art forms in fun and informative ways.

In I Kid You Not #7, four kids, Siddhant, Dhruv, Sriramanan and Rithvik, provide a window into the world of Indian percussion instruments. Together, they explain the differences between the tabla and mridangam, each instrument’s origins and associated traditions.

What is especially fascinating is the different rhythms that are possible in Indian music. These are extremely complex but the accompanying graphics help to illustrate the concepts.

The kids are extremely charming and disarmingly candid presenters. Young audiences will be able to relate to their friendly banter amongst themselves.

Other art forms covered in the I Kid You Not series include Malay and Indian dance forms as well as Chinese music. Look forward to more episodes to be released in 2021.

Tale of the Devouring Rock 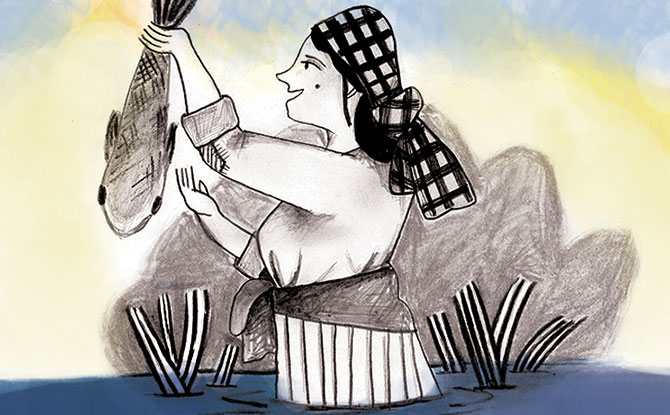 Tale of the Devouring Rock or Batu Belah, Batu Bertangkup is a Malay folktale about how greed for food, in this case a mudskipper, can turn to tragedy. It also underscores the importance of sharing with others and respecting parents.

In addition to reading the tale together, families can also use the accompanying activity sheets to dive deeper into the story.

For example, as Tale of the Devouring Rock was made into a film, there is an activity where kids can design a movie set for their own adaptation of the folktale. Or, they can make an origami mudskipper out of craft paper.

There are other colourful stories like Story of Nian and The Battle Between the Sky and the Sea available on Esplanade Offstage too. New stories and activities are released monthly and parents can sign up as Esplanade PIP’s Club members to get these stories delivered directly to their email inboxes. Sign up here.

There are Saga Seeds in Our Pockets! 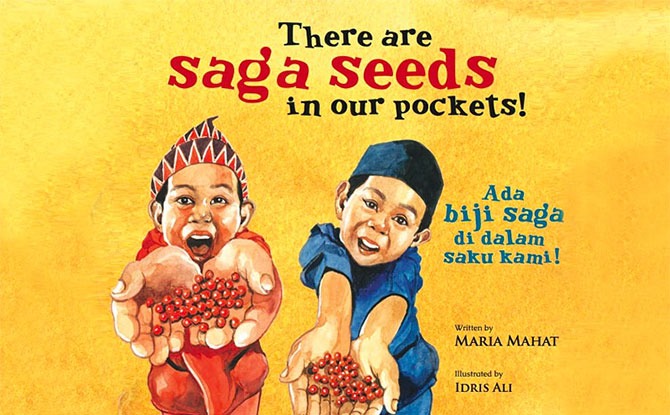 Adapted from the children’s picture book Ada biji saga di dalam saku kami!, this family theatre performance follows two characters as they pay a visit to the Malay Heritage Centre. During their visit, they get to learn about Singapore’s past, discover interesting facets of Malay culture and make interesting new friends too. 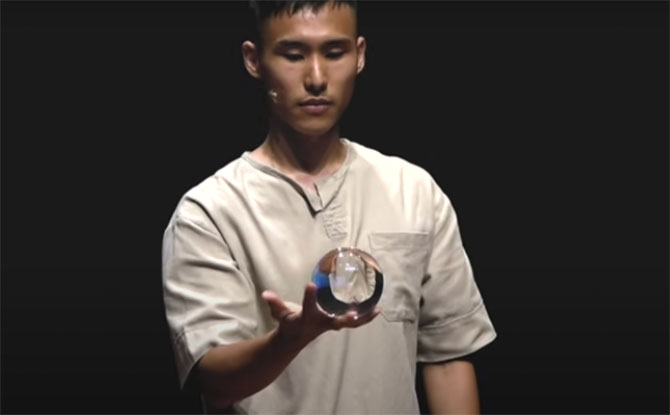 Want to pick up a new skill to impress family and friends? Join Choo Zheng Hao from Bornfire Circus for a beginner’s guide to Contact Juggling.

This form of juggling uses a crystal ball balanced on your hand. Learn how to expertly roll it about smoothly and create the illusion of lightness. If you or your kids want to have a go at mastering Contact Juggling, follow the online tutorial to unlock the secret behind this circus skill. 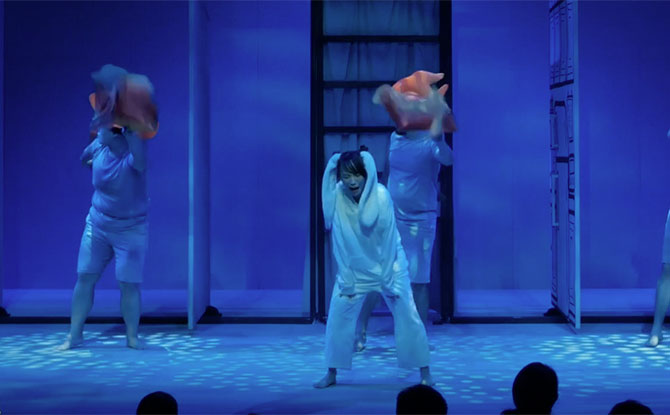 Are your children fans of Esplanade’s popular PLAYtime! series? Of course they are! Relive those precious memories by having a sing-and-dance-along at home with songs from PLAYtime! and your child will be boogieing along in no time. 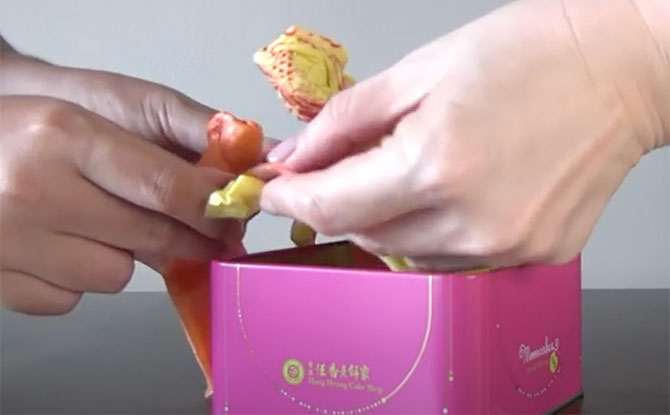 Also from the PLAYtime! series is Karung Guni Boy’s Guide to Recycling. Watch a set of videos which share recycling tips and how to upcycle a plastic bag into a delightful hand puppet (with additional activities to do). Follow along and make Karung Guni Boy proud with your recycling prowess!

More Activities for Kids and Families on Esplanade Offstage 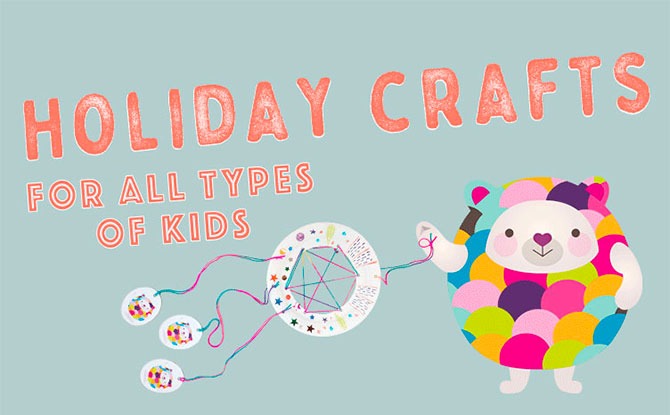 There more arts-inspired activities to explore on Esplanade Offstage. These range from stories of how performers are developing their craft to fun holiday crafts. There is something for everyone in the family to learn to appreciate the arts a little bit at a time.

Start your adventure into the arts with Esplanade Offstage here.

Monet – A Journey through Seasons at Changi: Walk Into Impressionist Landscapes

Seeing The Invisible AR Art Exhibition At Gardens By The Bay

MENTAL: Colours of Well-Being – 6 Reasons To Check Out The ArtScience Museum Exhibition