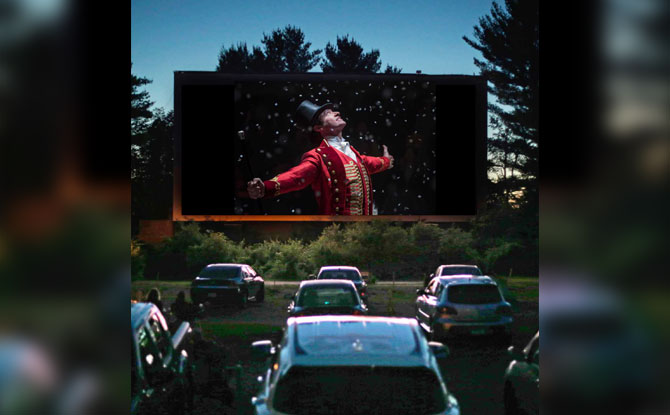 [3 August 2020 Update: The drive-in screening on 8 August and those of subsequent dats will not be proceeding. Downtown East will be in touch with those who have purchased tickets on matters of refund. In addition, they will also receive a $20 Downtown East voucher.]

Catch a movie from the car as Downtown East introduces a drive-in cinema with series of monthly movies, starting 8 August 2020. The drive-in movie screenings kick off with the 2017 movie The Greatest Showman which stars Hugh Jackman, Zac Effron and Zendaya.

Guests can drive in to a car park and enjoy the movie screening on a 12 metre by 8 metre screen, without having to get out of the car. The movie’s soundtrack will be broadcasted over the FM channel the car radio.

The venue for the Downtown East drive-in cinema will be the Begonia open-air car park. It will be able to accommodate up to forty cars.

Entry to the Drive-in Cinema at Downtown East will costs $18 per car with up to five persons per vehicle. Included in the admission are two burgers and two soft drinks from Ministry of Burgers.

Guests can also order more food with a top up of $5 for a set of a burger and a drink. Snacks such popcorn, nacho & cheese, potato wheel crackers and kacang putih will also be available for purchase.

Cars will be allowed to enter the car park from 6 pm and the movie screening starts from 7.30 pm.

There will be temperature-taking and a requirement to check-in via SafeEntry. Cars will also maintain a safe distance from each other by parking in alternative lots. 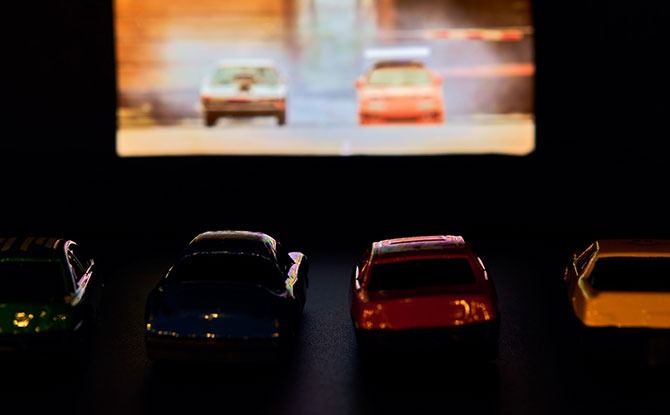 To give the event an “old-school” flavour, the Downtown East Drive-in Cinema will have servers on roller skates zipping about to deliver food to the cars.

Besides the first drive-in movie screening on 8 August 2020, more screenings have been lined up on 12 September, 24 October and 21 November 2020. Additional details will be made available on Downtown East’s social media channels.

To book tickets for the inaugural drive-in movie screening, head to Eventbrite.sg.