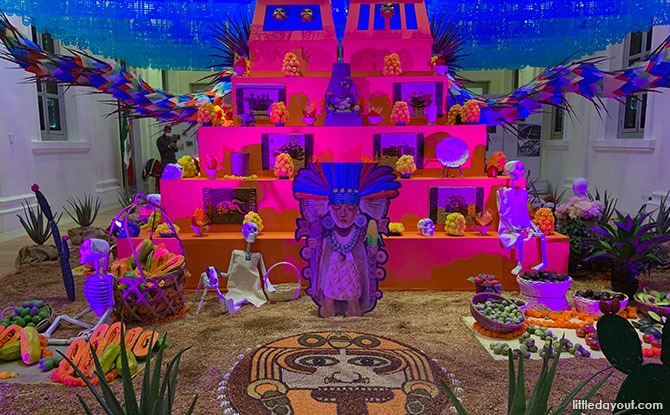 For many of us, Mexico would seem like a distant land an ocean away, and the closest exposure that we have had to Mexican culture is a burrito from a local food store. Interested to learn about Mexican culture? Pay a visit to the Día de Muertos or Day of the Dead exhibition at National Museum of Singapore.

Día de Muertos, also known as Day of the Dead, is an important Mexican holiday that falls on 1 and 2 November each year. The holiday honours family, friends and ancestors who have passed on and celebrates the connection between life and death.

Those who watched the 2017 animated movie Coco would be familiar with the holiday.

In Mexico, Día de Muertos involves the setting up of altars and visiting of cemeteries. 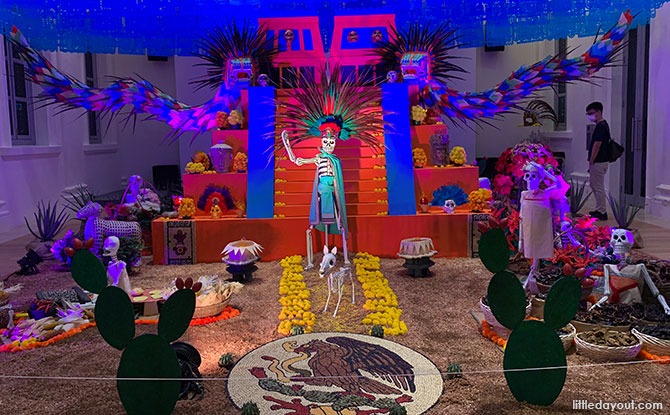 This year, the Mexican community have set up an exhibition at The Salon at National Museum of Singapore to provide a glimpse of the holiday. This exhibition includes effigies of skeletons and skulls – something in keeping with the Day of the Dead tradition.

At the centre of the exhibition is a 4 metre x 4 metres x 4 metre Aztec pyramid. 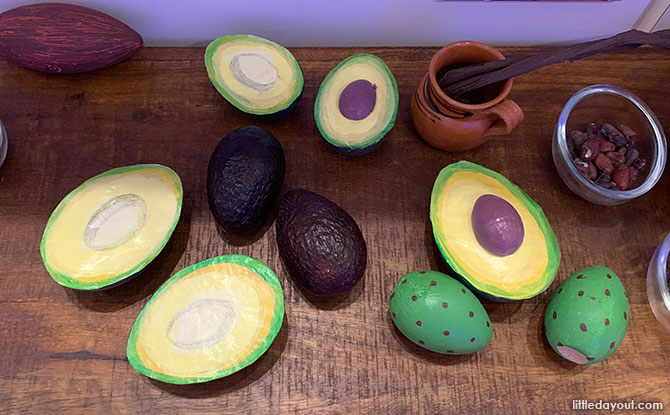 Surrounding it is a market exhibition which features produce like fruit and vegetables that are associated with Mexico’s agriculture. These include fruit such as avocados and flowers like dahlias. 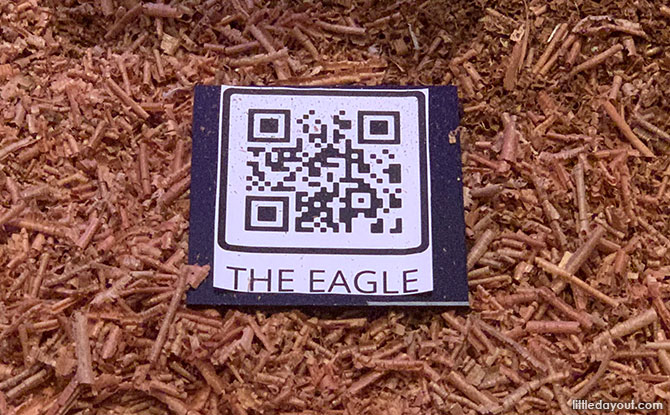 To allow visitors to learn more about what is before their eyes, there are QR codes found around the display. Scan these to listen to commentary on the significance of the various items in the Day of the Dead exhibition. 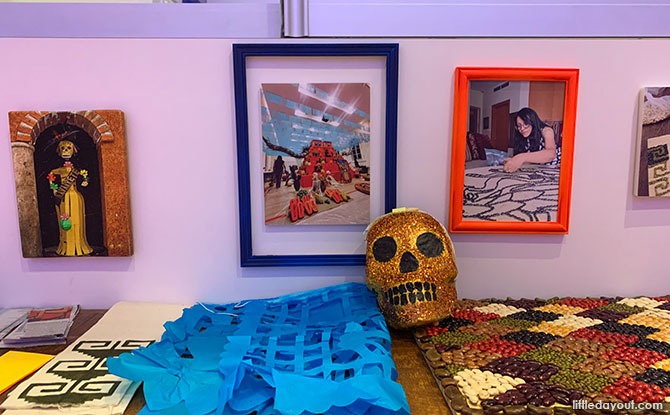 For a behind the scenes look at how the colourful exhibition was setup and the effort that went into creating the displays, view the photographs lined up against the way. It is truly a lot of work and effort. 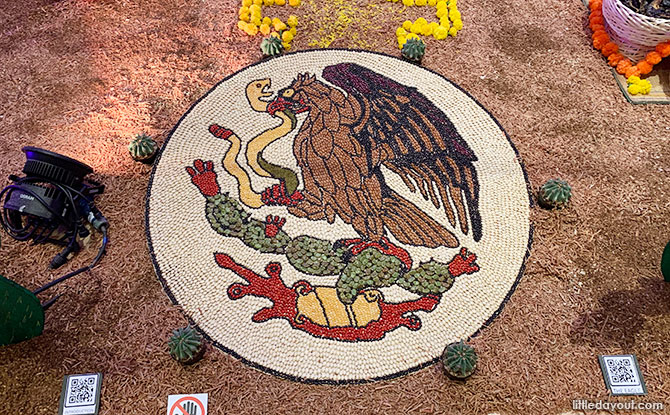 The Día de Muertos or Day of the Dead exhibition at National Museum of Singapore is now on till 2 November 2021. Admission is free. Get more details here.