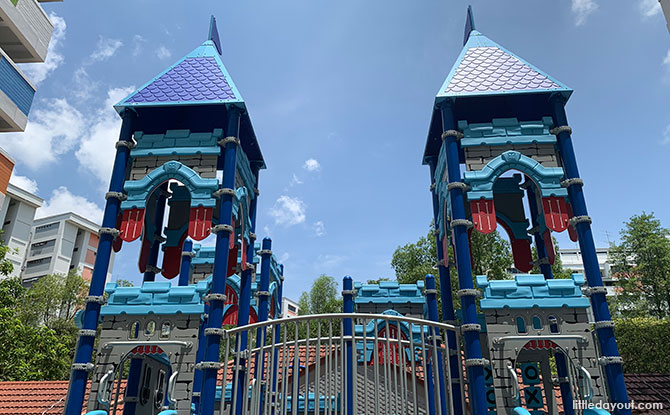 The castle playground in Yishun is sandwiched between Blocks 640 and 641 at Yishun Street 61.

The Blue-and-Grey Castle Playground in Yishun

The blue and grey castle has two tall towers with flags flying above which create its façade. These are linked by an arch bridge on the second level, which kids can use to make their way from one tower to the other. Red banners “hang” unfurled from the tops of the towers. 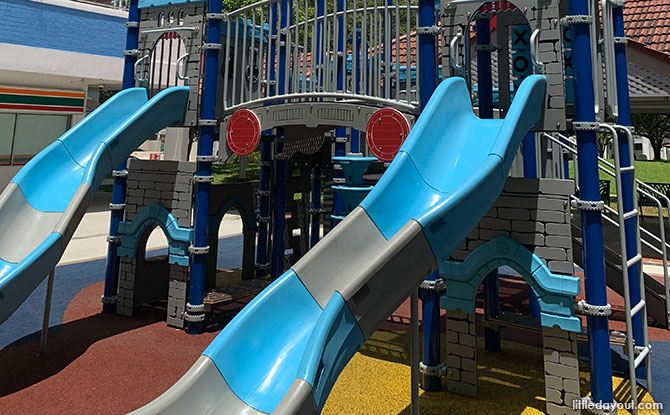 Leading down from each tower is a blue and grey slide. These are slightly wavy to allow kids to have a more fun ride on the way down.

On one side of the Yishun castle playground, a pair of black cannons stick out of the grey “stone” walls. They act as a set of props which kids can use to make-believe a fierce battle in defence of the castle. 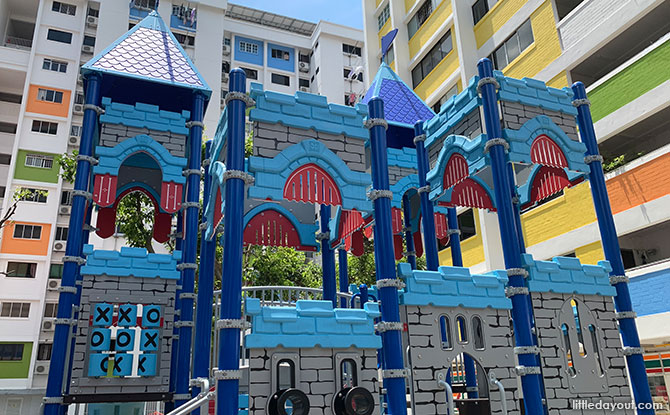 Complementing the cannons are some arrow loops, or slits, where kids can pretend to rain down arrows on their enemies.

For less violent pursuits, there is also a wall panel with the “x”s and “o”s for a medieval game of tic-tac-toe. 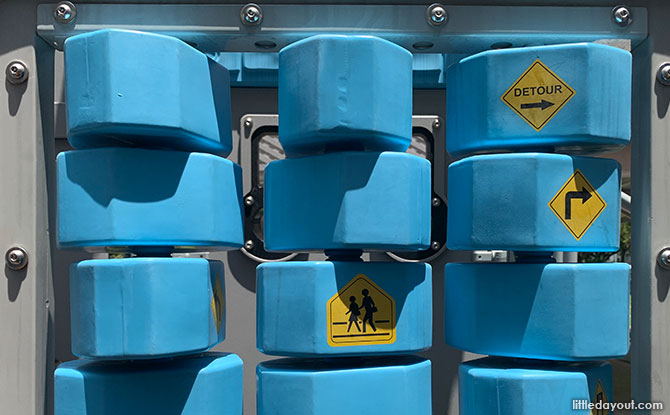 Another panel has a series of modern day traffic signs, which isn’t in keeping with the theme of the rest of the playground.

Playground in the Neighbourhood 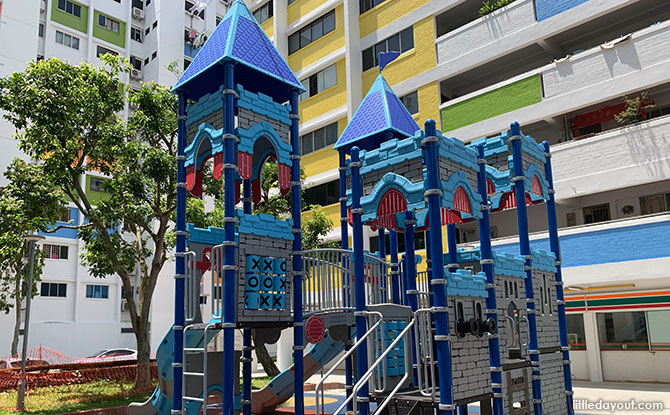 The blue castle playground is one of several in the Yishun neighbourhood. Another notable one in the area is the robot-themed playground, around 100 metres away. It can be found on the other side of a small, shaded knoll.

While the Yishun castle playground is not as large as its counterpart in Simei, it still provides a characterful play spot that in the neighbourhood can enjoy.