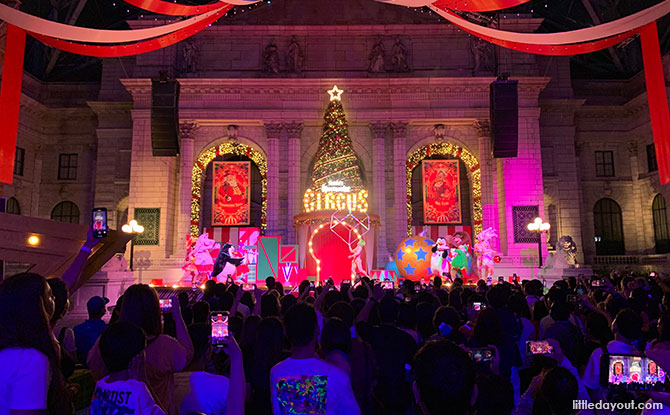 From now till 2 January 2023, Universal Studios Singapore is marking the year end holidays with A Universal Christmas 2022.

The heart of the Universal Studio Singapore festivities is Santa’s Spectacular Circus and this features live acts, meet and greets and themed photo booths.

This highlight of A Universal Christmas 2022 takes place once a night at the New York zone. 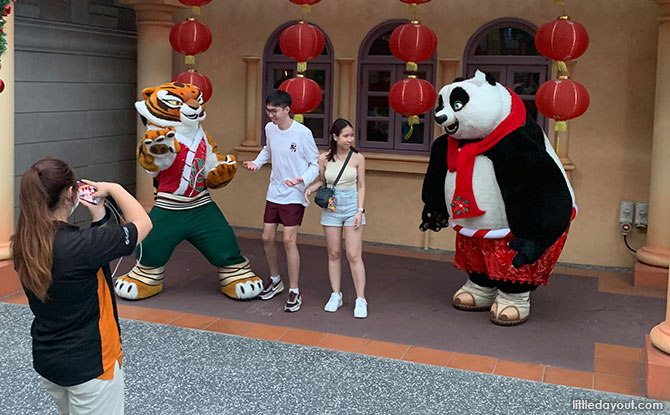 Among the appearances you can expect include Illumination’s Minions, DreamWorks Animation’s Poppy, Branch and Guy Diamond from Trolls, Po and Tigress from Kung Fu Panda, Shrek and Princess Fiona, as well as Sesame Street’s Elmo, Big Bird and Grover.

For a bit of fun with the white stuff, snow fall also takes place at the New York zone.

There are also various photos spots where you can snap a picture with family and friends. These can be found around the Hollywood Zone as well as at New York.

Head to Jolly Game Booths to put your throwing skills to the test at three carnival challenges. Knock down blocks at Blockbuster, score a Rebound or play a special version of Basketball.

Tickets to A Universal Christmas at Universal Studios Singapore can be booked on Klook or the RWS website.