Home Lifestyle 80+ Mice Jokes To Make To Squeak With Laughter 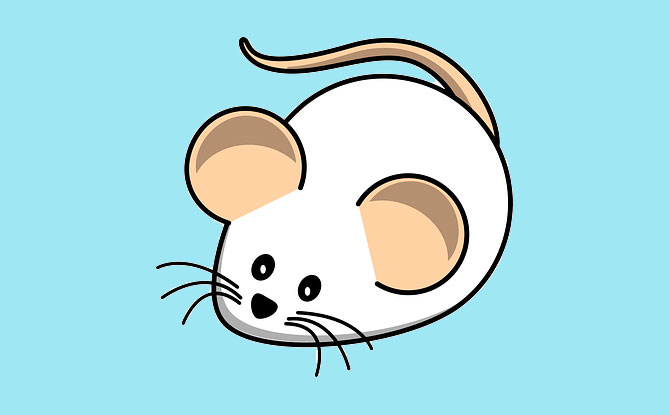 If you are looking for some mouse jokes, you’ve come to the right place. From the cute furry friends that some are so afraid of, to popular mouse figures and of course, favourite technological companion. You’re sure to find a mice joke to a-mouse you. Here are some jokes about mice to enjoy.

80+ Mouse Jokes To A-mouse You 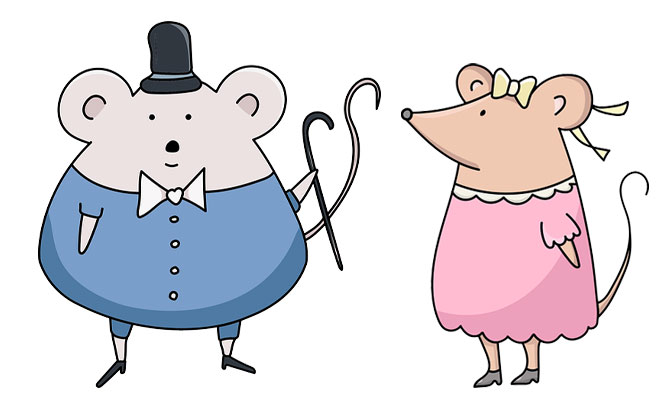 2. Why are all elephants are console gamers?
‘Cause they’re afraid of the mouse

3. What did the big mouse say to the little mouse?
Pip, squeak

4. What did the mouse say to the ant crossing the street?
Hello, fellow road-ant

6. What do you call a group of Middle Eastern mice?
United Arab Emi-rats

7. Why did the mouse whisper into the elephant’s ear?
The giraffe put him up to it.

8. What do mice eat on their birthdays?
Cheesecake.

9. What did the mouse say when his cheese was stolen?
Rats!

10. Why can’t cats work on the computer?
They get too distracted chasing the mouse around.

11. Why wouldn’t the mouse tell the police where he hid the cheese?
Because he’s not a rat.

12. What mouse was a Roman emperor?
Julius Cheeser

13. Why did two mice fall in love?
They just clicked.

14. What do you call a computer mouse that swears a lot?
A cursor

15. Why are mice scared of swimming in the water?
Because of all the catfish in it!

16. What did the daredevil mouse say?
“You see a mousetrap. I see free cheese and a challenge”

17. What is a mouse called who is great at sword fighting?
A Mouseketeer.

18. What do cats like on their birthday?
Mice cream and cake!

19. What did we have before the mouse icon of today?
The precursor.

20. What is a mouse’s favourite type of cheese?
Mouseralla.

21. What do you call a married female mouse that stays home?
A mousewife.

22. What does a mouse play his music with?
A bluetooth squeaker.

23. What is the gray and hairy thing growing on the face of a mouse?
Mouse-tache.

24. What did the mouse and his wife do after they fought over who will eat the cheese? They compro-miced and split it in half.

25. What do mice say to each other when they meet for the very first time?
It is so mice to meet you!

26. Why do mice stay inside when the sky is overcast with clouds?
Because it might rain cats and dogs.

27. What did the man say when he got fired from his job as a rodent keeper?
“I’m not going to be a Mice Guy anymore.”

28. What is the favourite musical instrument of a mouse?
The mouse-organ.

29. What is a mouse that is always outside on the roads called?
A roadent.

30. What do we call a wireless mouse?
Hamster.

31. What will happen if you can make mice dance to your tunes?
You will have a mice-tro.

32. What is a mysterious mouse with a hidden identity known as?
An anony-mouse.

33. Why was the mouse laughing so hard at the mice joke?
Because he was a-moused.

34. Why did the mouse get arrested?
He was caught stealing mouse-tard.

35. How did the mice in the house communicate when the homeowner got a cat?
The mice communicated by using Mouse Code of dots, dashes, and squeaks.

36. Why was the mouse thrown out of the exam hall when the exam was in process? Because he was cheesing.

37. Why does Edward Scissorhands dislike using a computer mouse?
He always uses the shortcut keys.

38. How can you make a drowning mouse recover after saving him?
By using the mouse to mouse resuscitation.

39. Why did the mouse scream when he broke his tooth?
Because he ate some hard cheese.

40. Where do most posh and rich mice go to when they need a hotel room?
The Stilton.

41. What does Mickey Mouse love to eat with Minnie Mouse?
Mice cream!

42. Why does Mickey laugh at jokes about Disney? Because they are Goofy.

43. What do you call a mouse that is very tech-savvy?
A laptop mouse.

44. What game do most baby mice like to play with their friends?
The hide and squeak game.

45. What did it feel like for Mickey when he first laid eyes on Minnie?
He fell in glove at first sight.

46. What does the early bird say when they spot a mouse?
I will have to cheese my prey.

47. Why can a mouse never let go of a PC?
Because its tail is always stuck in a monitor.

48. What should you say to a mouse if you take a picture of them?
“Say cheese!”

49. What do you call a mouse that plays videogames all day?
A gaming mouse.

50. What did the doctor say to his patient who complained about having hallucinations about Mickey Mouse and Minnie Mouse?
“How long do these Disney spells last for?”

53. What is a computer mouse’s favourite thing to eat?
Microchips.

54. What is the ideal cosy type of house for a small, furry mouse?
Cottage cheese.

55. Where does Mickey love to go shopping for groceries or when he needs something?
To the Minnie-mart!

56. What do mice do when it is mid of December?
They exchange Chris-mouse cards.

57. What did Minnie Mouse say when she spilt her milk?
“It Disney matter. I’ll get myself another glass.”

58. Why did Mickey Mouse build a rocket to visit space?
He wanted to find Pluto!

59. What does Mickey say to his friends when they have some mice news to share with him?
“Tell me! I am all ears.”

60. What do you call a mouse that doesn’t walk, drink, or eat?
A computer mouse.

61. What did Mickey Mouse feel like when he spun around too many times?
He felt Disney. 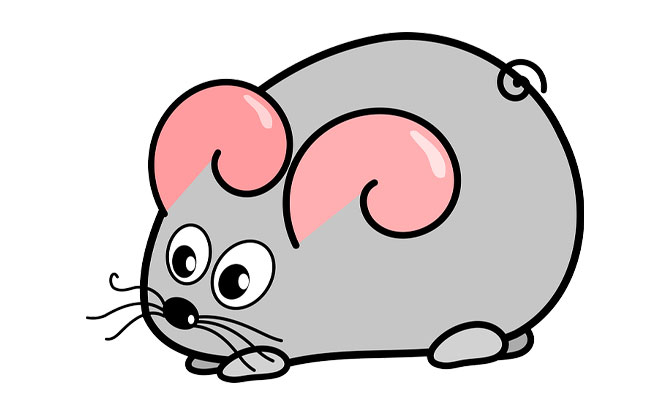 Ever heard a funny conversation about a mouse? Here are a few interesting puns and jokes about mice that you can enjoy and get a squeak out of.

62. I introduced my mouse to my keyboard today. It was awkward at first, but then they just clicked.

64. A man is talking to his doctor about a recurring dream he keeps having.
“I keep dreaming about a soccer match between elephants and mice” the patient said

“No worries,” says the doctor and gives the patient some medicine, “take this just before bed and you’ll have a dreamless sleep”

“Ok, thank you doctor” responded the man “but can I start it tomorrow? The finals are tonight”

65. Two mice chewing on a film roll
One of them goes: “I think the book was better.”

66. I thought my mouse was dead.
But it’s alive and clicking.

68. I saw a giant mouse so I tried to hit it. I now have a lifetime ban from Disneyland

69. A lady went to the USA and stayed at a hotel with a rodent problem. She tried to call the front desk but she didn’t know how to say mouse in English.
“Hello ma’am how can I help you?”
“Do you know Tom and Jerry?”
“Yes ma’am”
“Jerry is here.”

71. I just drew a really cool picture, it’s half mouse and half-elf
Sorry to boast, but I’m just feeling really proud of mouse-elf

72. If you give a mouse a cookie…He’s going to ask if he can use it to improve your internet browsing experience.

73. My son’s favourite nursery rhyme taught me what strategy mice use to win sports games. They like to run down the clock.

Mouse: “Oh wow, that’s amazing. How do you know it’s your soulmate?”

75. A Youtuber got extremely famous for catching lots of fish with only a computer mouse. Turns out it was just clickbait.

76. A lion, a tiger, a cheetah and a mouse fell in a hole
after trying to get away for hours, they gave up and accepted their fate. Soon enough everybody got hungry. The tiger proposed that they start by eating the weakest animal, the cheetah agreed, but the mouse stood up and said: “if you touch the lion, I’ll hurt you so bad”

Customer: Never mind then, that would be way too much food

80. A girl cat asked her boyfriend cat where her mouse stuffed animal was. He says “that was a stuffed animal? I thought it was real so I ate it!” She wails in horror: “THIS IS WHY WE CAN’T HAVE MICE THINGS”

81. Three Mice Are Bragging to each other
The first mouse says: I will eat tons of mouse-poison, but it does nothing to me. The second mouse says, well for me a mousetrap is peanuts! I just pull the lever and take the cheese! The Third says: Oh you two, stop bragging already! Wait… what time is it? Oh, I have to go home, I have to feed the cat!

82. A family of mice were surprised by a big cat. Father Mouse jumped and said, “Woof Woof!” The cat ran away. “What was that Father?” asked Baby Mouse. “Well, kid, that’s why it’s important to learn a second language.”

83. The early bird might get the worm, but the second mouse always gets the cheese.

84. Why did Mickey Mouse get hit by the ball?
Because Donald ducked.

85. A man is treated by a psychiatrist because he thinks that he is a mouse. After some weeks of psychiatric counselling he is finally healed and has learned, that he isn’t a mouse.

The psychiatrist replies “I thought you know now, that you are not a mouse.”

The man answers “Yes, I know that, but does the cat know this too?”

86. I was having trouble understanding the importance of the computer mouse. And then it clicked.

87. So apparently Curiosity, a Mars rover, found something resembling a mouse. If Mars is suffering from a mouse infestation it’s probably because Curiosity killed the cat.