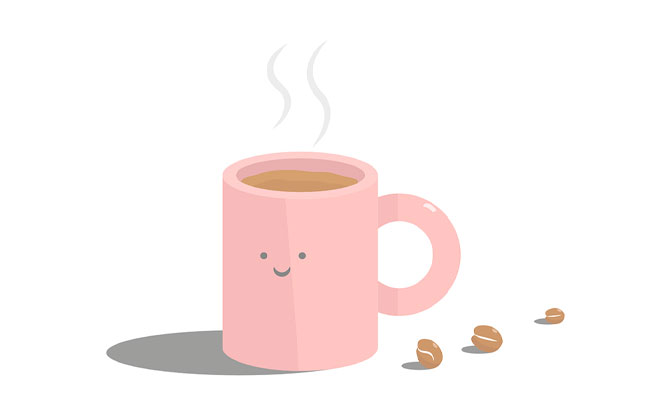 How are coffee and jokes similar? They are both great ways to start the morning. From jokes to puns, here are 80+ jokes about coffee for any coffee lover to enjoy. 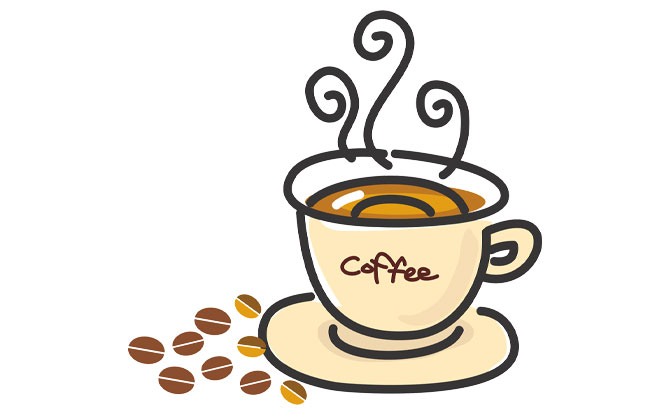 1. How are coffee beans like kids?
They’re always getting grounded.

2. Why did the espresso keep checking his watch?
Because he was pressed for time.

3. What do you call the first level of a coffee factory?
The ground floor.

4. How does a tech guy drink coffee?
He installs Java.

5. What did the barista’s Valentine say?
I can’t espresso my love for you.

6. Why shouldn’t you discuss coffee in polite company?
It can make for a strong and heated debate.

7. What currency can we use to buy coffee in space?
Star bucks.

8. What’s the opposite of coffee?
Sneezy.

9. What do beans say to their Valentines?
You keep me grounded.

10. What do you call sad coffee?
Despresso.

11. What’s a coffee’s favourite karaoke song?
Hit Me With your Best Shot.

12. What does a coffee lover say when they’re hitting on you?
I’ve been thinking about you a latte.

13. What do you call it when you walk into a cafe you’re sure you’ve been to before?
Déjà brew.

15. What did one lover say to another in the morning
I made a pot of coffee, espresso-ly for you.

16. How does one bad cup of coffee end a marriage?
One person thinks it’s grounds for divorce.

17. How do you make Pig Jerky?
Give them some coffee.

19. What did the coffee lover name her son?
Joe.

20. What did the coffees say before their night out?
Let’s stir up some trouble!

21. What do you call it when cafe customers joke about their coffee?
A brewhaha.

22. What’s a barista’s favourite exercise at the gym?
The French press.

23. What do you call a cow who’s just given birth?
De-calf-inated.

24. What shape is usually waiting for you at the coffee shop?
A line.

25. How did the hipster burn his tongue?
He drank his coffee before it was cool.

26. What is the favourite magic spell of coffee
Espresso Patronum.

28. Why was the young man who had the job of making coffee in the good cafe fired? Because he came to work wearing a tea-shirt.

29. How do you kill a coffee bean?
By decaf-itation.

30. Why do Coffee beans have the lowest self-esteem?
They’re always getting roasted.

31. How does a church pastor make his coffee
Hebrews it.

32. What did the Brazilian coffee say to the Indonesian coffee?
“What’s Sumatra with you?”

33. What’s the difference between a kid in a time out, and some coffee?
One is naughty, the other is not tea.

34. Why was the man always worried about a cup of coffee that cost just 5 cents? He was worried that it might be a very cheap shot!

35. Which horror TV series is most popular amongst teenage coffee? It is ‘Coffee, the Vampire Slayer’.

36. Where do birds go for coffee?
To the NESTcafe.

37. What do you call a layoff notice served in a bag of coffee?
Grounds for termination.

38. What’s it called when you steal someone’s coffee?
Mugging.

39. What did the caffeine addict name his cats?
Cream and Sugar.

40. What’s the difference between coffee and your opinion?
I asked for coffee.

41. How do you know if you’ve had enough coffee?
You channel surf faster without the remote.

42. Why did the coffee file a police report?
Because it was mugged.

Knock knock! Who’s there? Some coffee jokes to get you smiling! Here are some fun knock knock jokes about coffee.

44. Knock! Knock!
Who is it out there?
Dawn.
Dawn who?
Dawn bother me till I’ve taken my coffee.

46. Knock! Knock!
Who is it out there?
Sweden.
Sweden who?
I Sweden my coffee when I drink it.

47. Knock! Knock!
Who is there?
Wool.
Wool who?
Wool you bring me some coffee?

48. Knock! Knock!
Who is there?
Sherwood.
Sherwood who?
Sherwood like a hot cup of coffee. 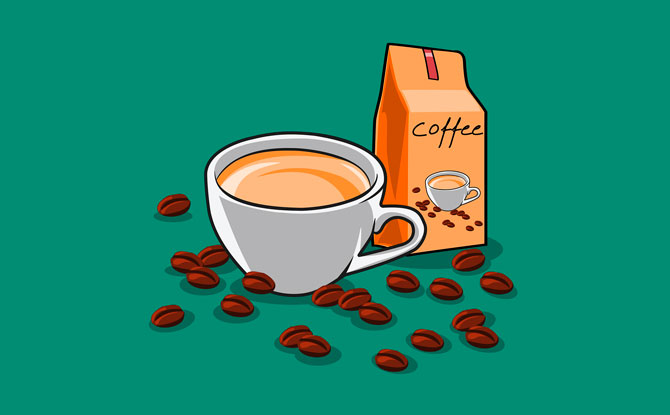 Who knew coffee was such a punny drink? Here are various one liners about coffee that you can use to impress your friends and family.

49. Drinking too much espresso can cause a latte problems.

53. It’s hard to espresso my feelings for you.

Funny Jokes and Puns about coffee

Enjoy these funny jokes and puns about coffee while sipping some of your own. Here are some family-friendly jokes about coffee.

55. Yeah, we got a new espresso machine last week. The old one was shot to death

56. Does anyone remember the name of that Italian dessert with espresso poured over gelato? Because of affogato.

58. I drink so much coffee at work, I consider it part of my daily grind.

59. A man at a restaurant was annoyed that the waiter hadn’t brought a spoon for his coffee, so at the top of his voice, and so the other patrons could hear, he states “This coffee is going to be pretty hot to stir with my fingers”.
The waiter hearing this made a hasty retreat to the kitchen and returned promptly to the table with another coffee.
“Here you are sir” said the waiter. “This coffee is not nearly as hot.”

60. Customer: Hey can you make a drink for me?
Barista: Sure what did you want?
Customer: Two shots of espresso and some steamed milk.
Barista: A latte?
Customer: No just a little.

61. A pair of jumper cables walk into a cafe.
The barista sees them and says, “I’m sorry but I’ll have to ask you to leave. I don’t want you starting anything in here.”

62. Procaffeinating (n). – the tendency to not start anything until you’ve had your coffee.

63. There is a time and a place for decaf coffee…
Never, and in the trash.

64. A man walks into a Starbucks carrying a big chunk of asphalt under his arm. At the counter he says, “I’ll take a large latte for myself, please, and one for the road.”

65. Instead of getting drinks from Starbucks, I make coffee at home, yell my name out incorrectly, then light a $5 bill on fire.

67. Someone stole my coffee cup from work today.
I’m just off down the police station now to look at a few mug shots.

The 94-year old yells back, “I don’t know, I’ll come up and see.” He starts up the stairs and pauses, then he yells, “Was I going up the stairs or coming down?”

The 92-year-old was sitting at the kitchen table having coffee listening to his brothers. He shakes his head and says, “I sure hope I never get that forgetful.” He knocks on wood for good luck. He then yells, “I’ll come up and help both of you as soon as I see who’s at the door.”

69. A factory worker died today after falling into a vat of coffee. Police say that although it came as a shock to all who knew him, they may take some relief from the fact he didn’t suffer. It was instant.

72. A guy walks into a cafe and orders a coffee to go. The coffee gets up and leaves.

73. Did you hear about the guy who put little G.I. Joe soldiers at the bottom of his coffee cup? He’d heard that the best part of waking up is soldiers in your cup!

74. People ask me if I wake up grumpy in the morning
No, I say. I just bring him some coffee.

76. I tried brewing my coffee with Red Bull instead of water.
I drank it and left my house to go to work. After 15 minutes I realized I forgot my car.

77. “Hey barista, how much for a cup of coffee?” says a customer.
“Two dollars,” replies the barista, “and refills are free.”
“Great. Then I’ll have a refill,” answers the customer.

78. How Do You Discipline A Coffee Bean? Not exactly sure why a coffee bean would need to be disciplined, but, you know, there’s always going to be a few bad apples in the bunch.

79. A barista saw their least favourite customer. “You’re mocha me crazy!” They shouted.

80. A group of beverages met for brunch. Mocha came 30 minutes late because it has choco-late in it.

81. Tea told a secret to a group of friends: Hot Chocolate, Coffee and Chai. The next day, the whole neighbourhood knew about it. Tea stormed off to coffee’s place. “You! I knew you would spill the beans!”