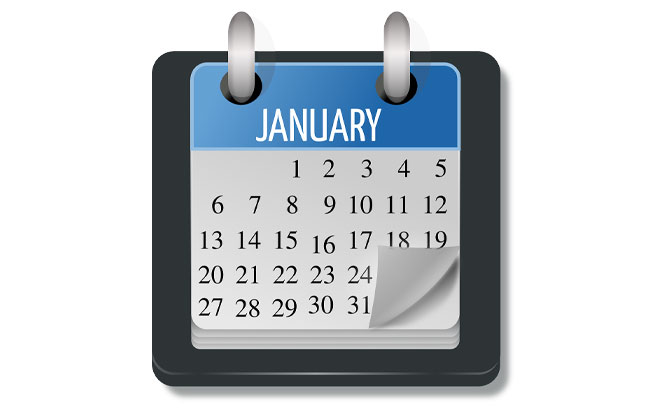 It’s the first month of the year! With a new year comes new jokes and new laughs. Start the year off with these funny January themed jokes that you can share with your family and friends.

40 January Jokes To Get Your First Laugh Of The Year

1. Who helped Cinderella with her New Year’s Resolutions?
Her Janufairy Godmother.

2. What do you say on the 1st of January?
Last year just seems like yesterday!

4. If January threw a parade would February march?
No, but April may!

5. What’s a New Years resolution?
A to-do list for the first week of January

7. What does the Easter Bunny say on New Year’s Day?
Hoppy New Year!

8. What is the first month of the year in Transyvania?
Janu-eerie.

10. What do you call a nice ghost on a cold January night?
Casp-burr.

11. Why shouldn’t you kiss someone on January 1st?
Because it’s the first date.

12. Where do you find Google during January?
The Winternet.

14. Where do storm troopers go to warm up on cold January days?
The Darth Mall.

15. What do some couples do during the first month of the year?
Get Janumarried.

16. What’s the best thing about January?
No more Christmas Carollers!

17. How was the snow globe feeling in January?
A little shaken!

18. What can you catch in the winter with your eyes closed?
A cold.

20. How did Jack Frost get to work on New Year’s Day?
By icicle.

21. What did the bank robber announce on January 1st?
His New Year’s restitutions

22. What do you call a temper tantrum that a snowman throws in January?
A meltdown.

23. What song does a vampire sing on New Year’s Eve?
Auld FANG Syne.

24. What do you tell someone you didn’t see at New Year’s Eve?
I haven’t seen you for a year!

25. What’s the easiest way to keep your New Year’s resolution to read more?
Put the subtitles on your TV. 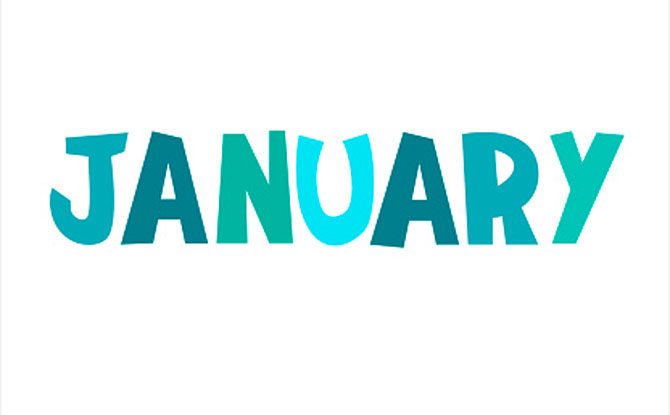 26. Dry January is going really well
Even if everyone keeps saying that I need to shower.

27. Me and my childhood crush are marrying next year. Hers is in January and mine in July!

28. A New Year’s resolution is something that goes in one year and out the other.

30. I am always told to set off the new year on the right foot; unfortunately, I have two left feet now am sure I will never get this right.

32. Knock, knock.
Who’s there?
Dishes.
Dishes who?
Dish is the coldest January ever.

34. Knock, knock
Who’s there?
Gladys.
Gladys who?
Gladys January. How about you?

35. I think Christmas should be moved to January.
The stores are less crowded and everything is on sale.

37. Christmas gifts in 2021 will be delivered on January 8 this year instead of December 25 Santa has been asked to quarantine for 14 days.

39. I lost 200 pounds at the gym this year.
I forgot to cancel my membership after January.

40. When I woke up on January 1st, I was surprised to see that my wife looked very pixelated. She saw the expression of confusion on my face and said, “oh, don’t worry honey, this is just my new year’s resolution”