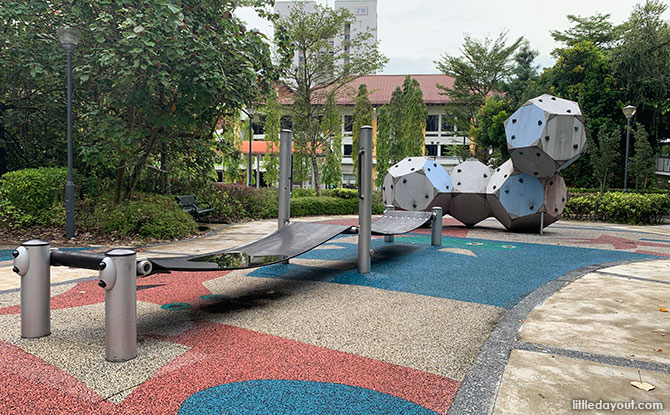 Just beside Yuhua Community Club in Jurong is a children’s playground with a rope course and trampoline. Located in front of Block 221A, the playground isn’t within the community club, but the club is the most recognisable landmark there. It is a simple play spot in the neighbourhood. 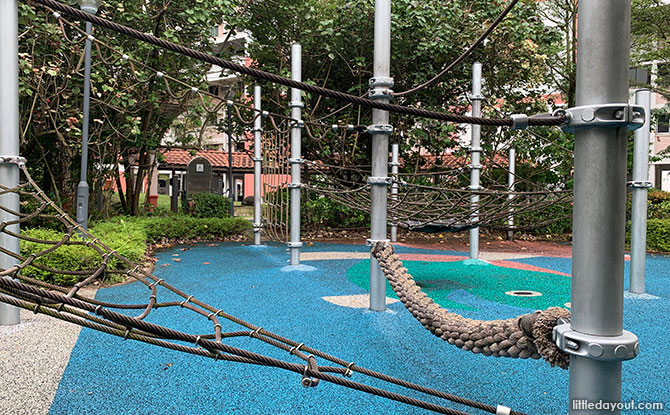 The playground next to Yuhua Community Club has seen better days. There is a rope obstacle course which nowadays looks very weathered. 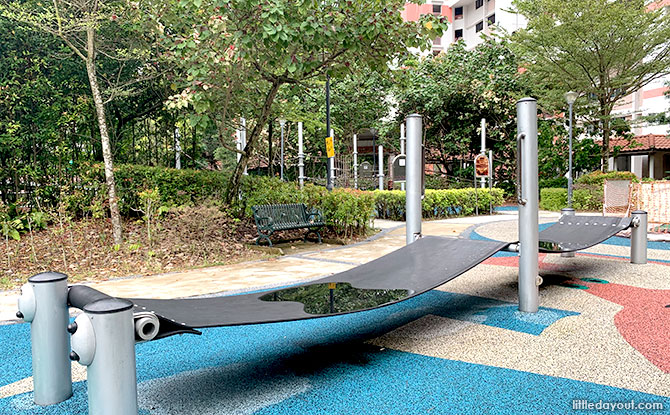 Part of the course include a rubber walkway too. 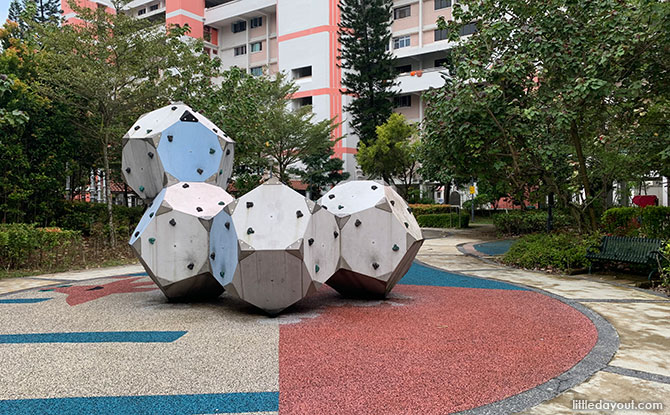 Also at the playground is a set of climbing boulders for kids to scale upwards. 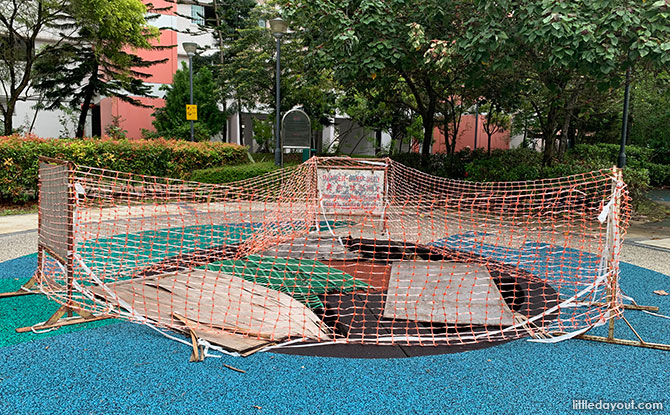 There is a trampoline set into the ground where kids can bounce about. However, when we last visited in August 2022, the trampoline was in a sad state of disrepair and closed off. 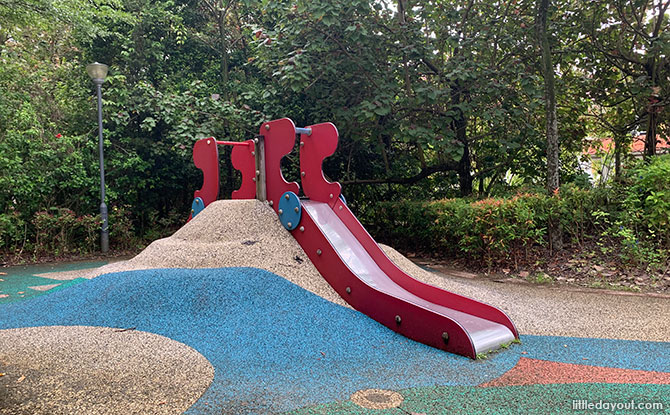 Another section of the playground is a small toddler playground area with a low red slide.

Another Playground in the Area 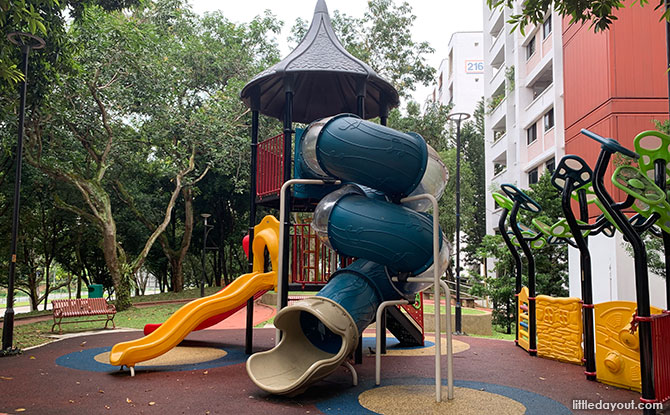 For more playgrounds that you should know about in Jurong, check out our list of Jurong playgrounds.