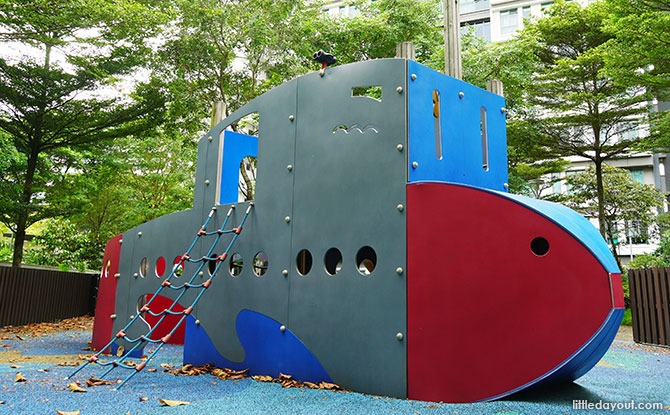 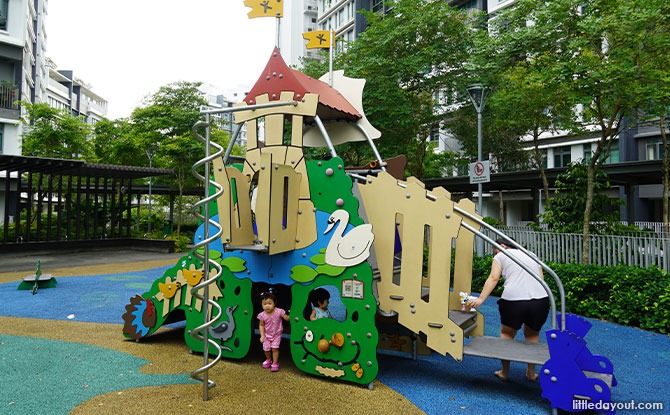 The first Waterway Cascadia playground has a fairytale theme and pirate ship play structure. One of the stories that the “fairy tale section” seems to be inspired by include the story of the Ugly Duckling. There is a giant castle for one to climb as well as a fireman pole for kids to be able to slide down from. 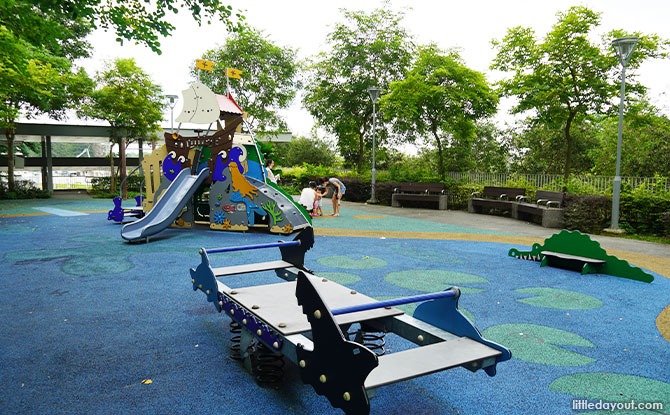 Close by, there is pirate ship-themed play area. Kids can go to the lower deck and look out through small portholes. Kids who climb up to the top of the play structure can look out from the different binoculars and telescopes located from the top deck of the ship of this Waterway Cascadia playground.

From this view, you will also see the dolphin and shark see-saws, as well as a small green crocodile bench. The blue play mat mimics the water and there are also green lily pads on top of it. This whole play area leaves lots of room for kids to imagine and play. 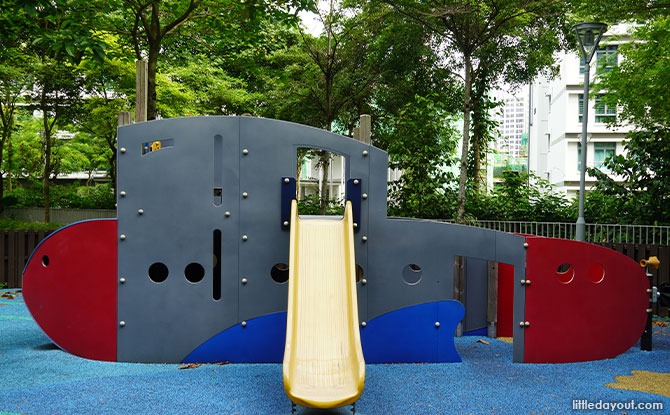 Continuing the theme of water and the sea is yet another interesting play structure: a submarine. This play area at Waterway Cascadia allow kids enter a red, blue and grey submarine with a long yellow slide. There are also holes cut out at the lower deck of the submarine to mimic portholes that one would look out of while underwater. 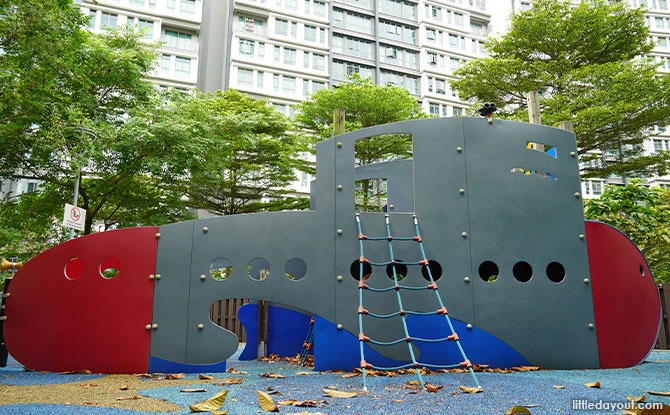 Kids can enter the submarine by climbing a short green net. On deck, there are also a pair of binoculars for kids to look out of when they play.

Other play equipment near the submarine play structure include a see-saw that is in the shape of two fishes at sea, as well as a spinner. 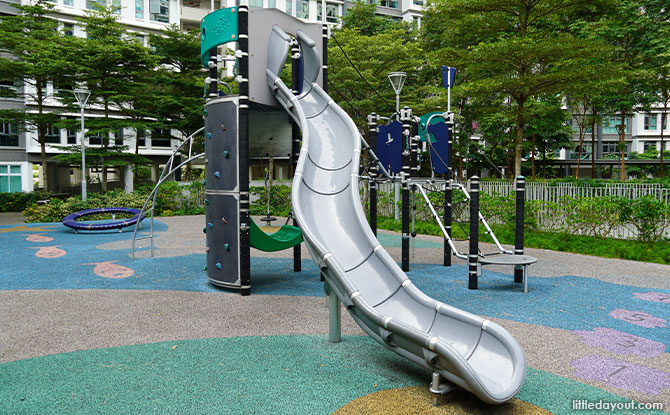 The last playground in the area is a play structure with the widest range of equipment amongst the other playgrounds, as well as the longest slide.

Here, you’ll be able to find mini rock climbing walls, ladders, a hammock as well as graphics on the floor such as hopscotch, to allow kids to play throughout the whole area of the playground. 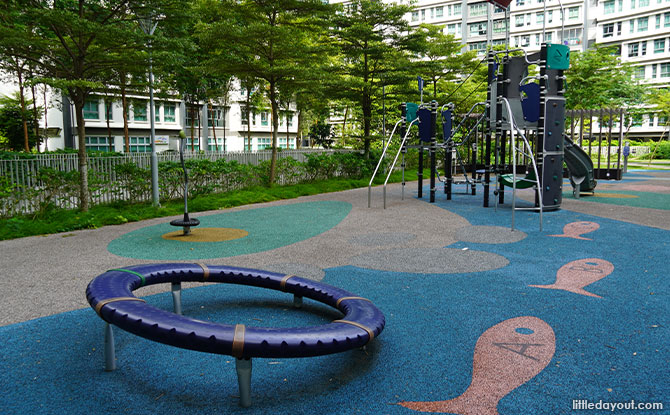 There is also a fun and interesting wheel play equipment which allows single or multiple kids to spin around in an orbit. Remember to hold on tight!

The Punggol Waterway Cascadia playgrounds are located near Blocks 315A, 315B and 316 Punggol Way.