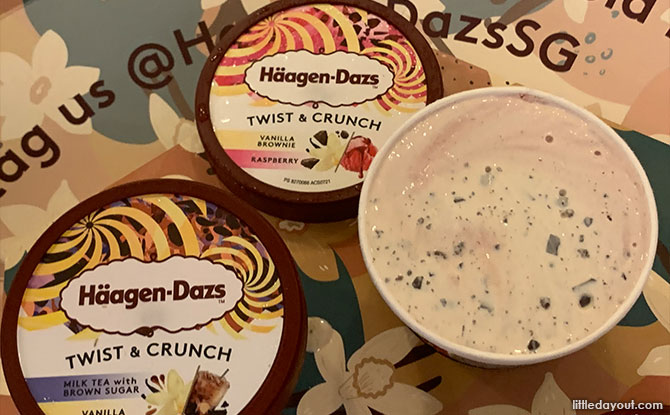 Those who live brown sugar milk tea will be excited to know that ice cream brand Haagen-Dazs has a new Vanilla Brown Sugar & Milk Tea flavour. 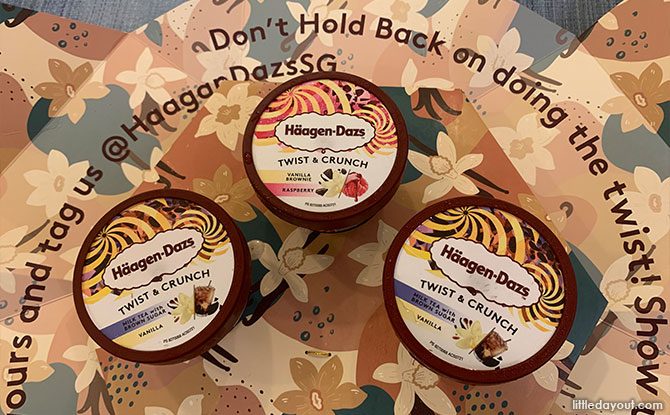 It is part of the ice cream brand’s Twist and Crunch range. In addition to Vanilla Brown Sugar Milk Tea, another new flavour that has been launched is Vanilla Brownie & Raspberry, which brings together raspberry sauce with soft brownie pieces and crunch chocolate.