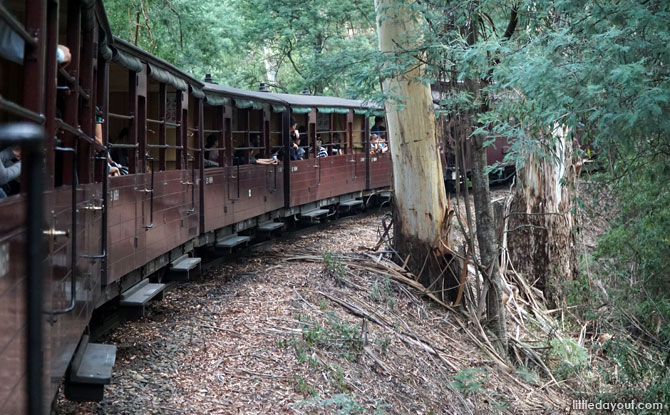 “All aboard!” called out the Chief Conductor. This signalled the start of our ride through the Dandenong Ranges on Puffing Billy, Australia’s best-known preserved steam railway.

We were on a round trip from Belgrave Station to Lakeside. Belgrave is small, quaint town in the Dandenongs where we had just had brunch at a cosy café. The Puffing Billy train station sits at the edge of town. 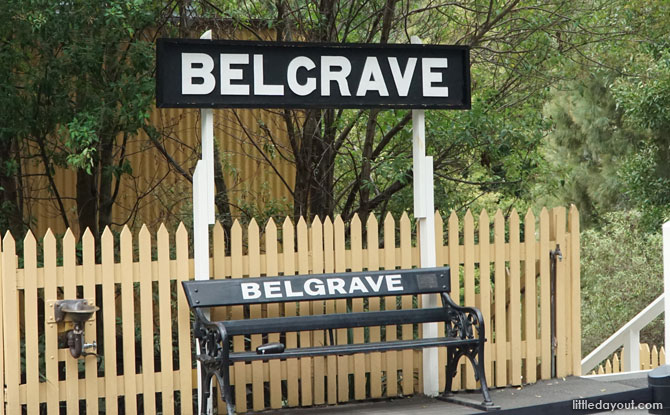 After showing our Klook e-voucher at the ticketing office to redeem paper tickets, we had made our way to the railway platform to board the train.

Puffing Billy is a survivor of history. The locomotive is a carryover from a time when four experimental railway lines used to run across the ferntree-covered forests of the Ranges. 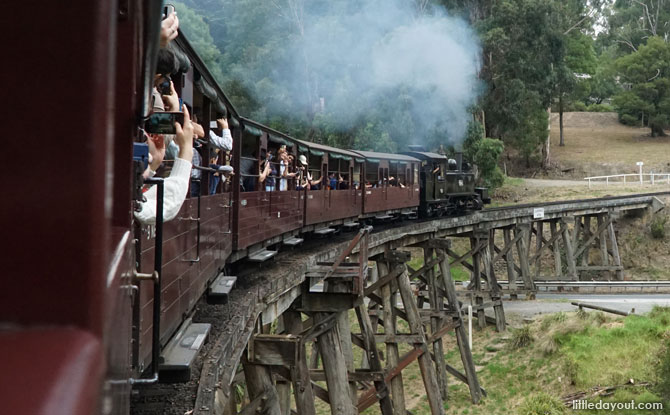 The journey from Belgrave to Lakeside takes around an hour. Very soon after the train pulled out of the station, we came to one of the landmarks along the journey, the Monbulk Creek Trestle Bridge. This 12-metre-high timber bridge takes the train over the Gembrook Road.

The Chief Conductor, who was in our carriage, told us that no one knows the origins of the name Puffing Billy. Ironically, the name is now renowned worldwide. 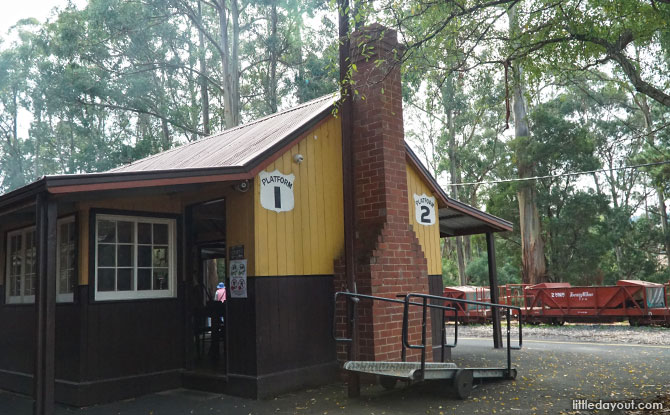 We continued chugging along past towns like Selby and the Menzies Creek Station. The leisurely journey gave us a taste of what rural life must have been like when settlers were starting to open up the Dandenong Ranges. 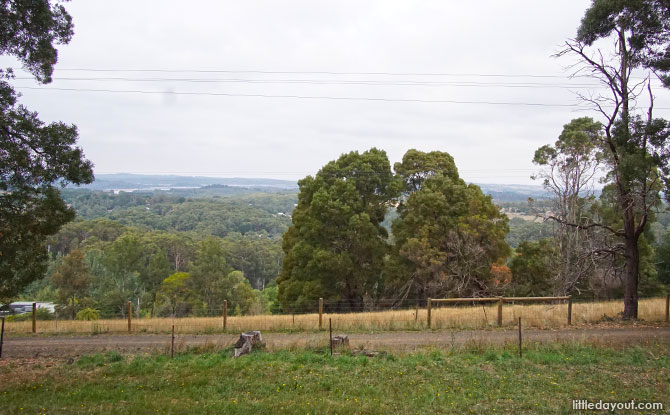 The ride also gave us magnificent views of valleys and farmlands below. It was an opportunity to sit back, slow down and soak in the natural landscape before us. Along the way, the Chief Conductor also pointed out to us round holes in the hillside – these were freshly dug wombat burrows.

As we pulled in to Lakeside Station, it was time to stretch the legs while the locomotive moved from one end of the train to the other in preparation for the return journey. 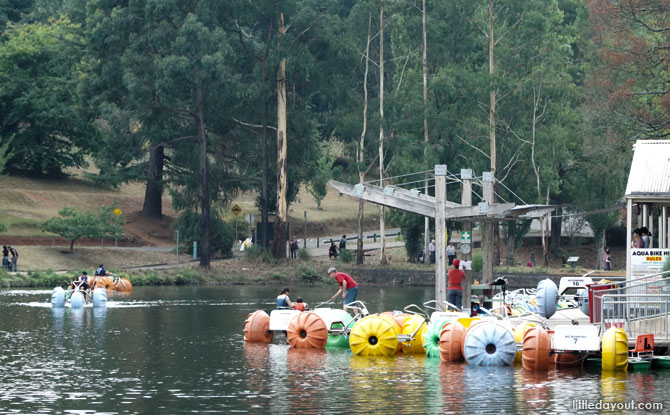 Lakeside Station is located within Emerald Lake Park. Close to the station, there are aqua bikes for hire (available in short blocks of time), a children’s playground and a tearoom. 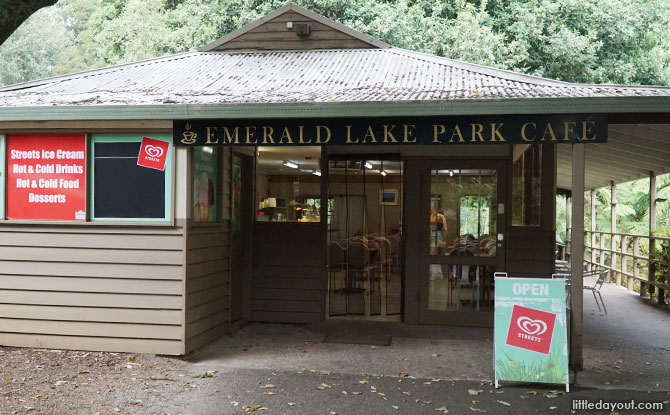 We had just enough time for a short walk and to grab a bite before heading back to the station for the leisurely return journey to Belgrave on Puffing Billy. 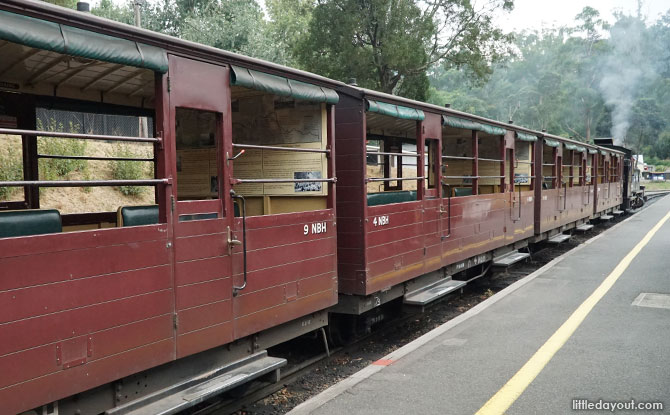 Tickets for Puffing Billy aren’t exactly cheap; the proceeds go towards maintaining and operating the railway. We ended up booking our tickets to Puffing Billy on Klook where the ticket price seemed even more attractive than what was available directly from the Puffing Billy website.

If you are also intending book your Puffing Billy ticket through Klook, we recommend to book the tickets early, far in advance of the date that you intend to visit. There are multiple departure times per day (a minimum of four) and because Puffing Billy is so popular, the timeslots get filled up quickly. Book too late and you may not get your first preference of departure times.