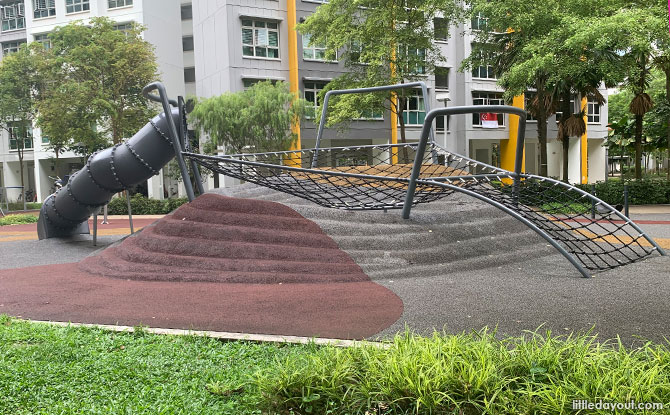 The 216D Compassvale Drive playground is a bit of an oddity. With grey hues punctuated with some shades of red and brown, the playground is made up a climbing cargo net which has been stretched in an upward incline. However, the centre of the net is suspended over what looks like a crater. 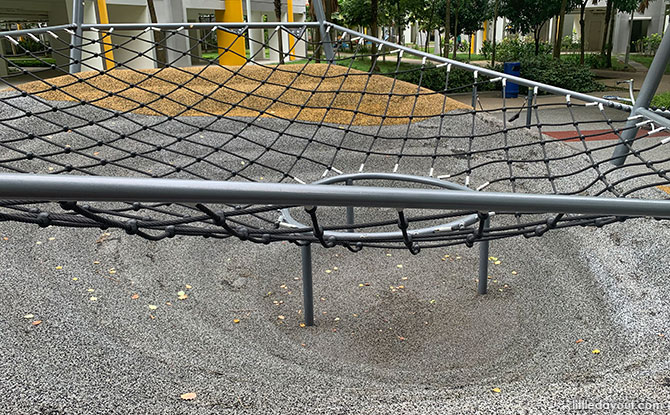 Three metal frames can be found surrounding the central crater. The cargo nets rise over the inside of the crater but also extend down towards its centre where an access point opens up.

Kids can either enter the crater from this point or climb up on to the nets too. 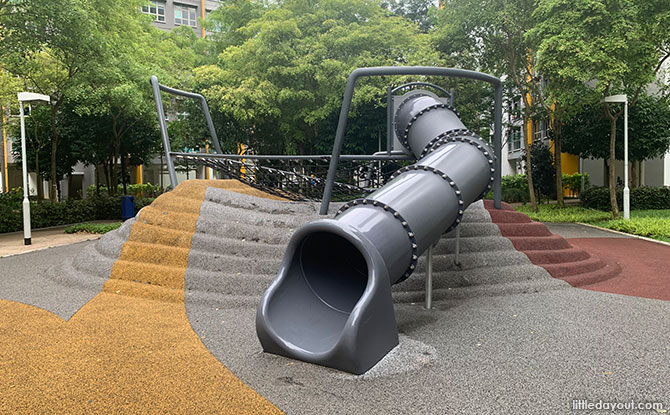 Those who escape the crater can make their way up towards a grey tube slide which extends from one of the metal frames.

What Else is at the 216D Compassvale Drive Playground 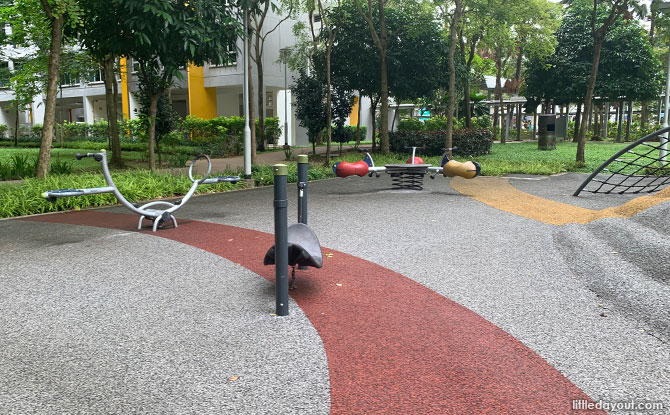 Besides this unusual structure, the netted crater playground at 216D Compassvale Drive also has a set of teeter-toters as well as a grey metal seesaw to one side. 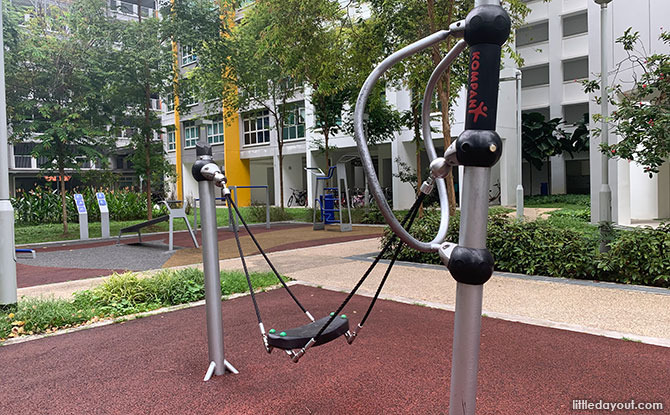 There is also a little swing as well as exercise equipment at the edge of the playground area.

However, the most visually arresting feature is the crater playground with its nets and unusual shape and form.

The playground can be found at Block 216D Compassvale Drive.