Home Play Mid-Autumn Festival 2018 in Singapore: Where To Enjoy Lanterns-Lit Nights And Celebrate... 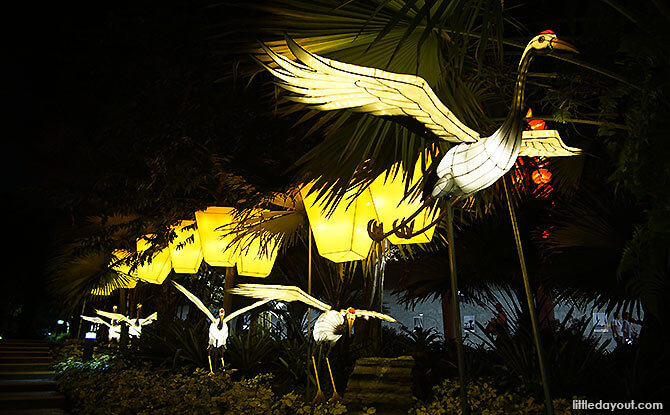 The Mid-Autumn Festival 2018 in Singapore falls on the 15th day of the eight lunar month, 24 September this year. This is a time for mooncakes, lanterns, sipping tea and admiring the full moon with family and friends. Sometimes also known as the Mooncake Festival, this celebration is especially looked forward to by children as it provides an opportunity to play with lanterns by moonlight.

Mid-Autumn @ Gardens by the Bay 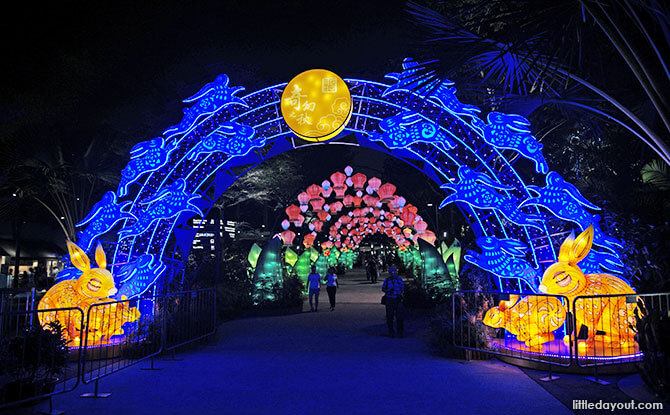 Gardens by the Bay lights up with lantern display around the outdoor gardens themed to an “Autumn of Fantasies”. These depict a world of fantasy with mythical creatures and beautiful flora. Highlights to look forward to include “Leaping over the Dragon’s Gate” a lantern set stretching out over 70 metres across the water. Visitors to this mid-autumn festival 2018 event can also set their wishes afloat on a lighted lotus lantern at Dragonfly Lake, pen their wishes on a Golden Tree and enjoy free nightly cultural performances. Other highlights include an area with traditional games, a food street and Chinese artisans at work. Find out more.

READ: An Autumn of Fantasies at Gardens by the Bay

Pay a visit to a trade fair at People’s Park Open Space from 1 to 30 September or enjoy the sights and sounds of the Festive Bazaar along Pagoda Street, Trenggannu Street, Sago Street and Smith Street from 7 to 24 September as Chinatown celebrates the Mid-Autumn Festival 2018. The Chinatown Street Light-Up will be held from 8 September to 8 October along New Bridge Road, Eu Tong Sen Street and South Bridge Road. The theme of the Chinatown Mid-Autumn Festival 2018 is “Our Chinatown. Our Mid-Autumn” and the festival will recapture the scenes and life experiences of Singapore’s Chinatown in the 50’s and 60’s. It aims to share with people about the Chinese traditions and heritage. Find out more.

Esplanade’s Moonfest 2018 is a celebration of traditional Chinese arts held in conjunction with the Mid-Autumn Festival 2018 in Singapore. The festival features more than 60 ticketed and free performances. This year, highlights include a puppetry production for the young, folk music and traditional stage opera shows along the waterfront. The popular Moonfest Lantern Walkabout is back as well on 22 September along with craft workshops and other free activities for all ages. Find out more. 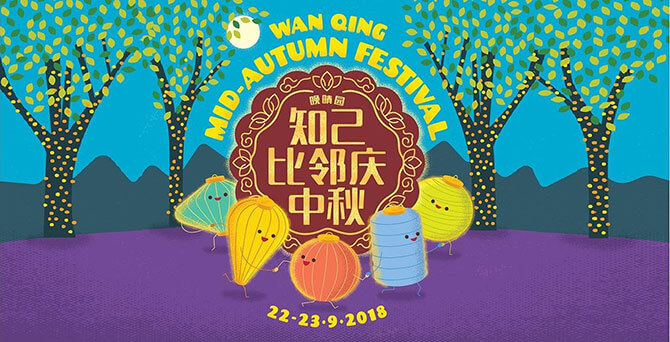 Go on a heritage trail, taste mooncakes and taking part in lantern-making workshops at Sun Yat Sen Nanyang Memorial Hall’s Wan Qing Mid-Autumn Festival 2018. Also taking place at this event which marks the Mid-Autumn Festival 2018 in Singapore are storytelling sessions and performances. Singapore’s largest mooncake at 1.8 metres in diameter will also be unveiled. There will also be snow skin moon making workshops, tea appreciation workshops, a concert and more. Find out more.

READ: Where to Buy Mooncakes in Singapore