Little Day Out
Home Play Behind the Scenes – Stage and Sound Come Alive at I Theatre’s... 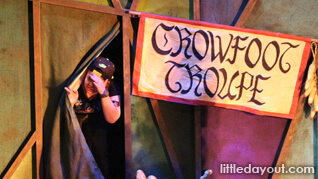 Anticipation builds as the house lights start to dim.

Opening music fills the air and the actors, dressed in colourful costumes, take to the stage.

An hour of singing, dancing and sidesplitting antics later, the magical performance ends with rapturous applause from the audience. The performance has gone on seamlessly from the perspective of the audience, but only thanks to the hard work and dedication of a few unseen folks working tirelessly behind the scenes. 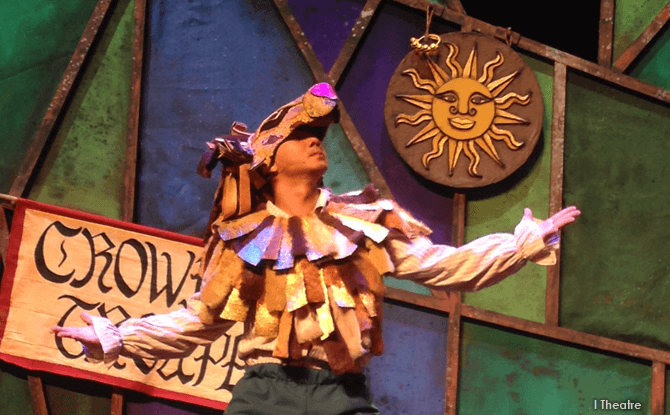 The stage manager of a production is responsible for everything that happens on stage. This job description covers everything from making sure the actors are dressed in the right costumes, keeping track of where all the props are and even being prepared to fix any problems that occur midway through a performance.

Alycia Finley, 31, is the stage manager for I Theatre’s Aesop’s Fables, showing at the Jubilee Theatre, Raffles Hotel from 26 February to 21 March 2015. Together with two assistant stage managers, Alycia makes sure that every show goes on without a hitch, performance after performance. 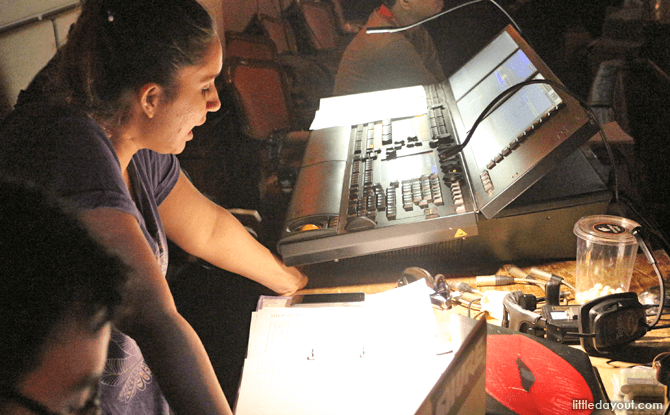 While she does not have a starring role in front of the audience, her role is no less important. In fact, Alycia’s involvement with Aesop’s Fables started even before the actors arrived for their first rehearsals. From initial script readings to working with the actors to chart out their movements on stage and organising the eight sets of costumes and props used in Aesop’s Fables, nothing occurs on the stage without her knowledge. She oversees all the action taking place in front of the audience, making sure nothing misses a beat.

While the audience focuses on the actors during a performance, what they don’t see are Alycia’s assistant stage managers bustling around busily backstage. They make sure everything is in place for the actors and ever ready to troubleshoot any problems that creep up during the performance. 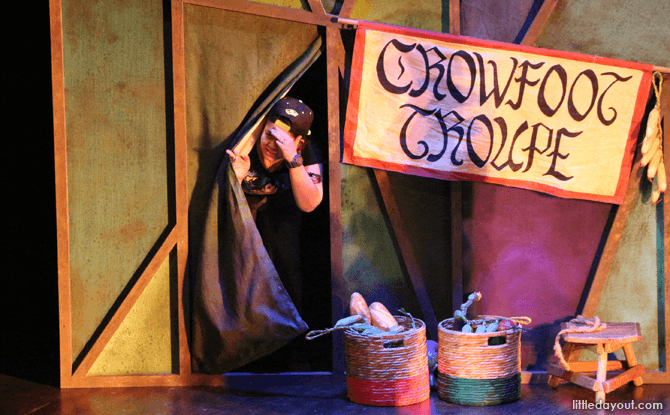 Despite the lack of the limelight, Alycia shares that she gets great satisfaction from seeing a production develop from “nothing to something”. She is driven by her passion for the theatre and the joy of knowing that she has delivered a wonderful show to the audience.

Sharizal, 29, is the sound operator for Aesop’s Fables. From his location behind the sound console at the balcony of Jubilee Hall, he is responsible for controlling the actor’s microphones and sound within the theatre. 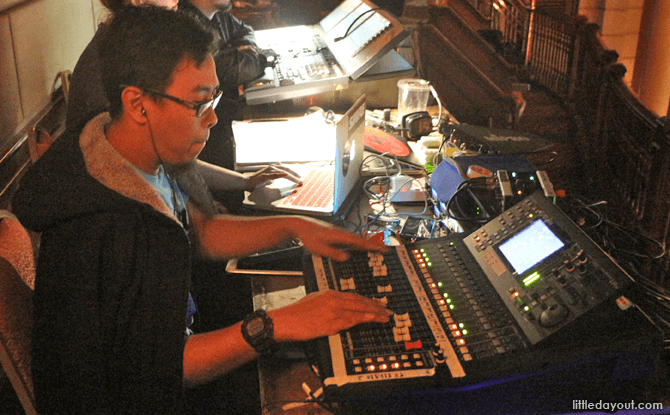 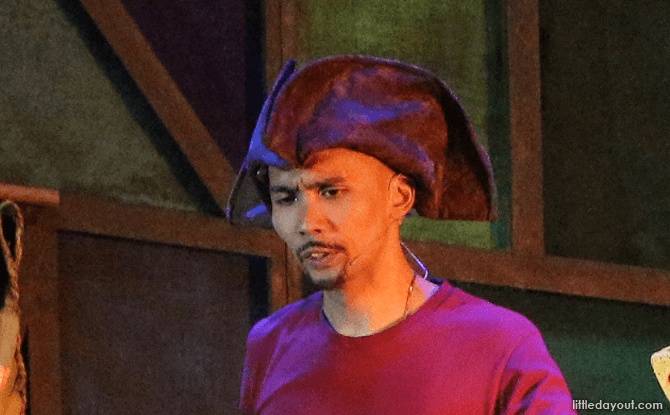 Over the run of a show (Aesop’s Fables is playing for three-and-a-half weeks), the actors’ voices may also change as a result of fatigue or even illness. It is the sound operator’s job to ensure that the actors’ voices are balanced with each other, so that no one is too overpowering compared to the others, or too soft causing the audience to strain to hear the dialogue.

As Aesop’s Fables is a musical performance that also features singing and dancing. Sharizal also has to make sure that the music is played on cue, allowing the actors to flow fluidly from one scene to another, keeping the momentum and pace of the performance.

So, next time you are at the theatre, don’t just focus on the stage. Turn around and look to the back of the theatre. See if you can spot the stage manager and sound operator busily doing their jobs. Give them an appreciative wave, knowing the critical roles they play in making sure that you and your family have a wonderful little day out at the theatre. 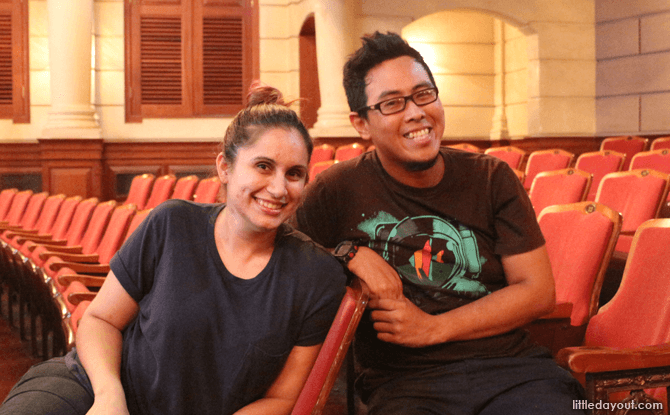 Aesop’s Fables is showing from 26 February to 21 March 2015 at Jubilee Hall, Raffles Hotel. Most suitable for 3- to 13-year-olds and families. 50 minutes. Tickets are available through SISTIC.

Do look out for more of such feature stories as I Theatre rolls out its 2015 Season:

Rediscover Singapore: 8 Of The Most Photogenic Waterfalls In Singapore

Geylang Serai Hari Raya Light Up 2021: Lights To Mark The...