For many people, birthdays occur on a day that is unique to each individual. In Chinese culture though, Renri (人日), is believed to be the common birthday of humankind. It is celebrated on the seventh day of the first month in the traditional Chinese calendar.

Here are five traditions and legends associated With Renri that you can share the next time it is observed amongst family and friends.

5 Traditions And Legends Associated With Renri

The Origin Story of Renri

For those who are wondering, the creatures that were created before, in the order of first to the sixth day are Chickens, Dogs, Boars, Sheep, Cows, Horses. 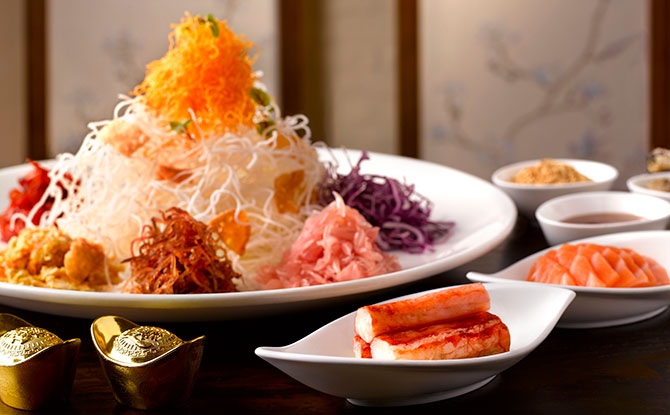 Like many Chinese traditions, luck and good fortune are a common emphasis in the celebration. As Renri is usually celebrated as part of Chinese New Year, the foods might overlap. Noodles are eaten represent longevity and raw fish is eaten to represent success. In other Asian counties who celebrate, common dishes include a seven vegetable soup” (七菜羹), “seven vegetable congee” (七菜粥) and “jidi congee” (及第粥) which is a Congee with lean pork, liver and kidney. Here, it is common to see the “seven-coloured raw fish” (七彩魚生), which is better known as Yu Sheng on the table.

If there was good weather on Renri, it was considered a sign that people will have a year of peace and prosperity. This was probably especially significant to those who were in jobs such as farming, that relied heavily on good weather for a successful year.

Since the first days of Zhengyue are considered “birthdays” of different animals, it is believed that one should avoid killing the animals on their respective birthdays as well as the punishing of prisoners.

Chinese New Year Decorations: Decorate To Get Into The Festive Mood

Chinatown Chinese New Year Light Up & Celebrations 2022: What To See & Do

Chingay50: 5 Ways To Get Involved In The Annual Showcase

Chinatown Chinese New Year Light Up & Celebrations 2022: What To...