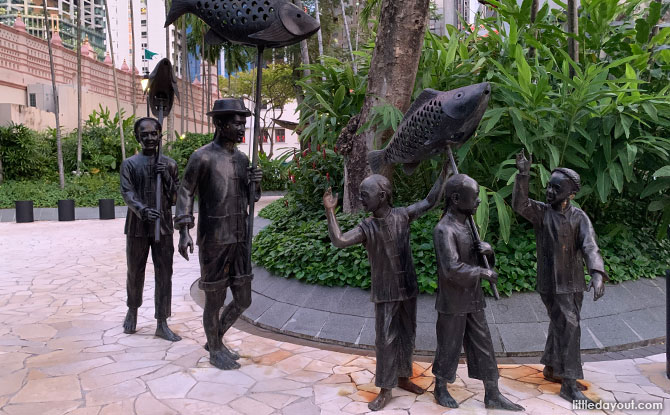 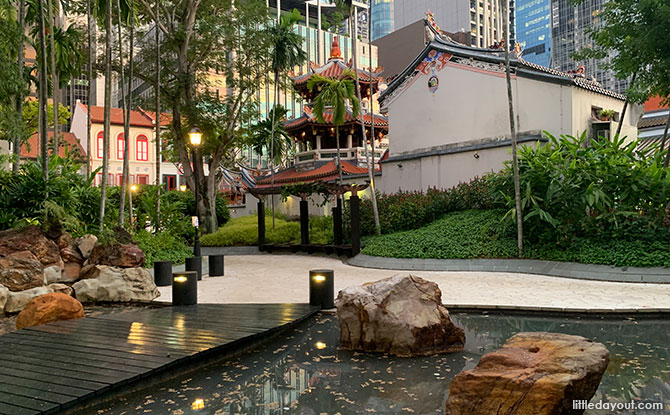 Not to be confused by Telok Ayer Park, a short distance away, Telok Ayer Green is located between the Thian Hock Keng Temple and and Nagore Dargah. 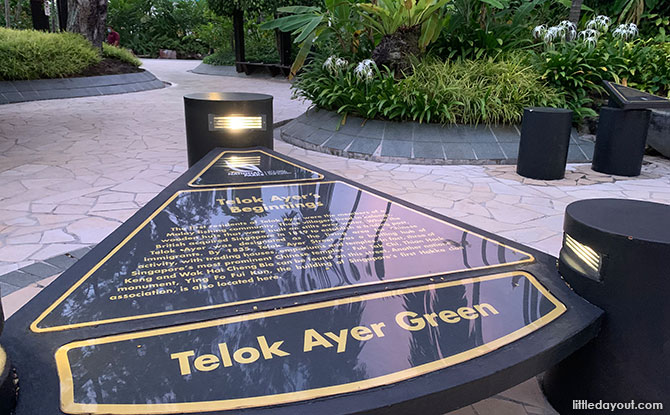 One of the most notable features of Telok Ayer Green are statues depicting the early settlers who once lived in the area.

At the beginning, the residents of Telok Ayer was Malay fishermen who lived in kelongs and huts built on stilts over the water. After the British took over, Telok Ayer was “zoned” for Chinese – hence Chinatown nearby.

The statues located around Telok Ayer Green remember the various community groups and races that lived in the Telok Ayer district. 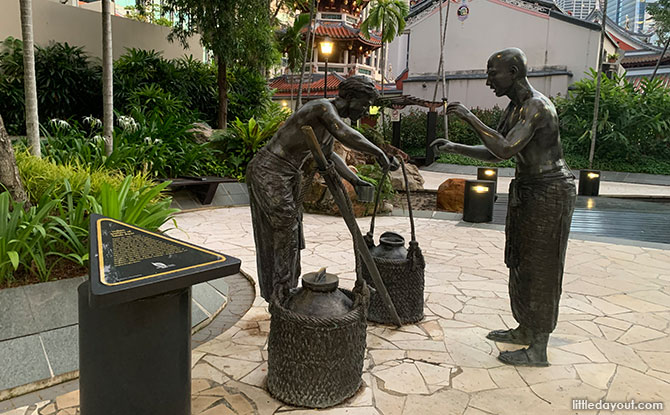 In addition to a Chinese street procession, something which have been common in the 19th century to celebrate festivals like the Lantern Festival, there is also a sculpture by Lim Leong Seng which depicts the Indian settlers of Telok Ayer.

This Indian community built buildings like the Nagore Durgah shrine next to Telok Ayer Green. 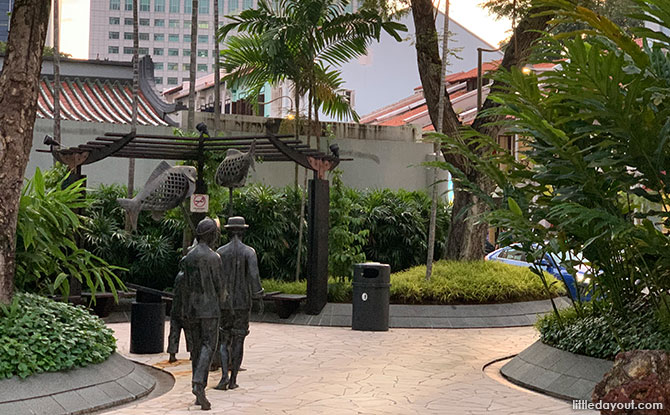 For those who wish to enjoy a bit of respite, there are some seating areas found at the park.