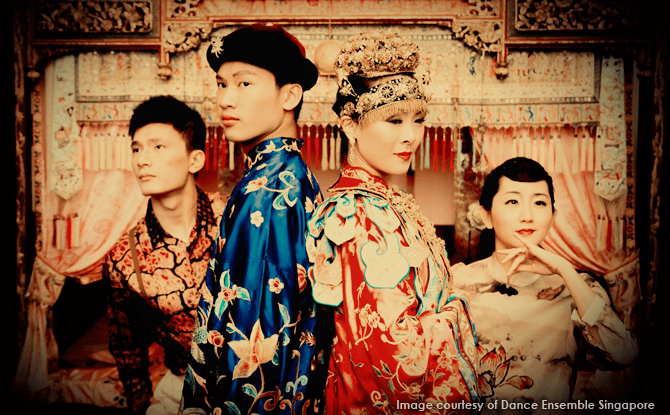 Embark on a cultural journey this May as Singapore Chinese Cultural Centre (SCCC) presents the first SCCC Cultural Extravaganza. From 20 to 27 May in conjunction with the centre’s opening, visitors can immerse themselves in the varied line-up of programmes and activities that shows off and exemplifies the rich Singapore Chinese culture we have.

Kicking off the eight-day Cultural Extravaganza, award-winning filmmaker Royston Tan will present Voyage, a first-in-Singapore multimedia musical and visual journey which will take one down memory lane with familiar rhymes and folk songs re-arranged by the critically acclaimed TENG Ensemble. Through the use of 3D projection mapping with holographic imagery, each act promises to take audiences to a different dreamscape.

Tan will also be producing a specially commissioned omnibus film for the inaugural SCCC Cultural Extravaganza. 667 is an anthology of short films by the next-generation local film directors. Trace the journey of these filmmakers as they go in search of their cultural roots and how they make Singapore home, as told through their stories.

Promising an enriching and fun time for the family, other highlights visitors can look forward to include a series of cultural workshops on puppetry, crosstalk, Chinese opera, and performances by local arts and culture groups.

The SCCC Cultural Extravaganza will be held at the Singapore Chinese Cultural Centre. For more information on ticketing and to register for programmes, visit http://www.singaporeccc.org.sg or contact 6812 7208/ events@singaporeccc.org.sg.