Home Nature Parks & Gardens Jalan Kayu Node On The Round Island Route: Rest By The Guardhouse 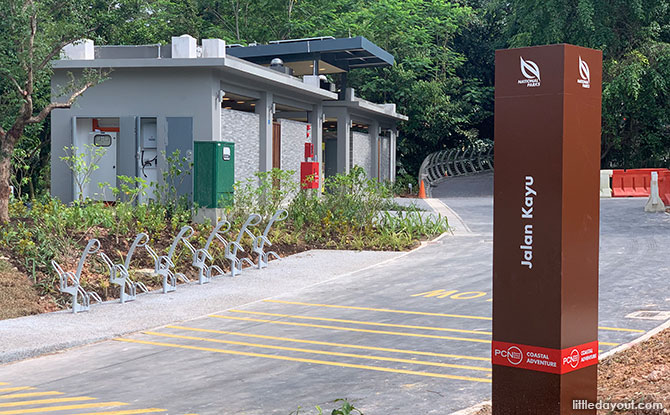 While many may have heard of the new Changi Bay Point node on the Round Island Route, there is another less trumpeted node which has also opened. This is the Jalan Kayu node and there are no prizes for guessing where it is located.

Actually, even though it is known as the Jalan Kayu node of the Round Island Route, it is located just off Jalan Kayu. This little rest node is located between the old Seletar Camp guard house and Piccadilly Circus.

Jalan Kayu Node on the Round Island Route

The node serves as an intermediate point for those travelling between Rower’s Bay Park and Sengkang Riverside Park. Those who are making their way from Rower’s Bay Park will pass by The Oval and Hampstead Wetlands Park before making a right turn into Piccadilly.

The wide Seletar West Park Connector eventually arrives at the Jalan Kayu Round Island Route node, just next to the former guard house.

At the moment, the main amenities at the Jalan Kayu node are a set of rest rooms. 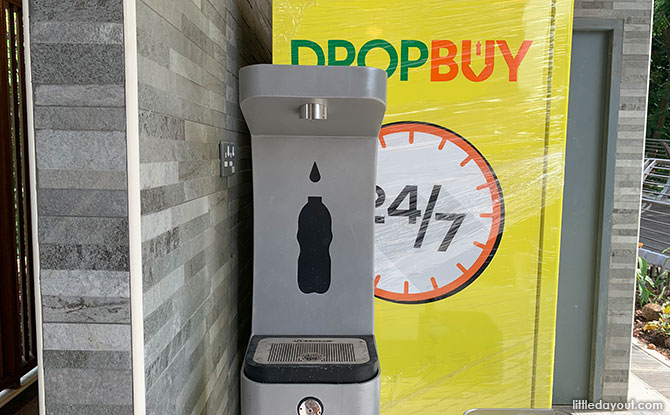 There is a water dispenser which is designed to fill up bottles. However, the vending machines was still not yet stocked up when we visited it.

However, in the future, this will change as there will also a food and beverage outlet at the Jalan Kayu node. From what we could tell from the ongoing renovations, this would likely be in one of the former guard house buildings. The area has a colonial theme with surrounding black and white houses in the area. 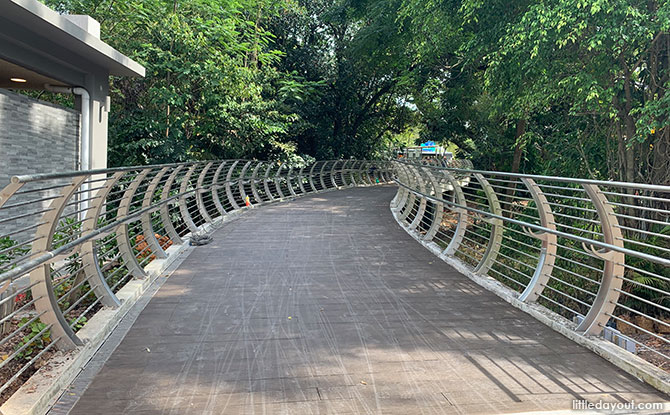 This node will provide a welcomed stopping point for those who need a break as they make their way between Seletar and Sengkang.