Home Play I Theatre’s The Ant and The Grasshopper 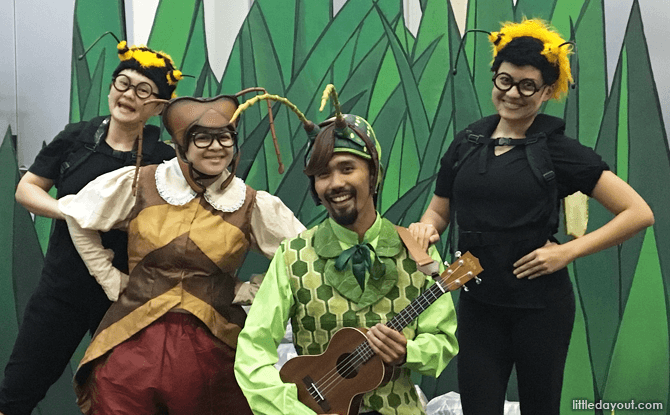 I Theatre’s The Ant and The Grasshopper will be opening the 2017 season for the theatre company. Little Day Out dropped in on a rehearsal to see how the Director, actors and creative team were getting ready for the show’s curtain raiser on 18 February 2017.

Aesop’s original version of The Ant and The Grasshopper was little more than seven lines long. In this time-honoured fable, Grasshopper idles his time away while Ant scurries about storing food for the impending winter.

This widely known fable takes on new depth and flavour in I Theatre’s musical version of The Ant and The Grasshopper. In fact, it takes on new themes and characters too.

In the original fable of The Ant and The Grasshopper, the Ant is held up as an example of forward planning while Grasshopper is left dying of hunger. Not to miss a chance to convey a positive message, I Theatre has tweaked its ending in their version.

Brian Seward, writer of I Theatre’s The Ant and The Grasshopper and the company’s Artistic Director says, “Although we follow the story, we also gave it a positive spin and ending. That lack of charity at the end, where Grasshopper is left to die, doesn’t seem a positive message for young children or indeed anybody! We wanted to bring in the fact that we should have balance in our lives.”

And balancing out the fable’s two original characters are additional characters too. In I Theatre’s version, audiences will get to meet busy bees and an anxious caterpillar, Nessa.

These new characters bring added themes to the age-old story.

Introducing New Lessons to Be Learnt

One of these themes is about coping with change. This is introduced through Nessa the caterpillar. The timid caterpillar prefers the status quo and is fearful of the unknown. In the end though, she learns that change may not be such a bad thing after all.

Helping to accentuate this theme is a significant change in the casting. When I Theatre’s The Ant and The Grasshopper was first presented back in 2014, the role of Nessa was played by a puppet. This time around, Nessa will be played by actress, Safia Hanifah.

It is Safia’s first time acting with I Theatre. In her maiden outing, this funny actress has the dual duties of playing Nessa and a bee, Miss FizzBuzz. To give both characters unique personalities, Safia has to be adept in switching between the highly funny Miss FizzBuzz and neophobic Caterpillar.

“At first it was hard to find distinctive characteristics for the caterpillar, especially to differentiate it from the bee which is so high octane,” said Safia.

To do so, Safia drew on her background to give the characters voices that she could personally access. And from what we saw at the rehearsal, she does it to very good effect. It is actually rather difficult to tell that caterpillar and bee are played by the same actor. 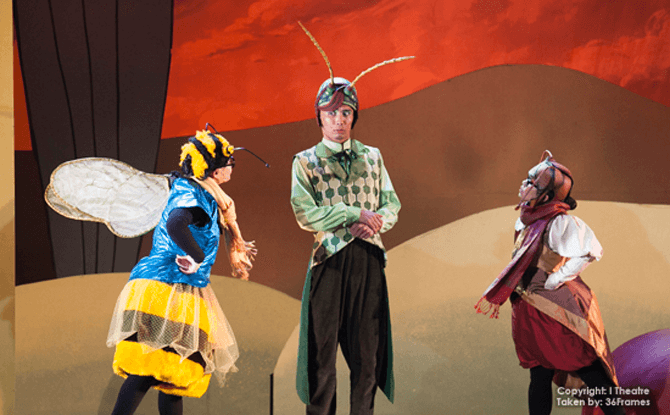 All of this adds to the seamless way I Theatre weaves new themes into the old morals of The Ant and The Grasshopper.

With masterful storytelling, thoughtful twists, catchy tunes and an energetic cast, I Theatre’s The Ant and The Grasshopper is sure to delight young audiences and their parents alike.

I Theatre’s The Ant and The Grasshopper

Ready for more fun? Download a set of free The Ant and the Grasshopper activity sheets here. 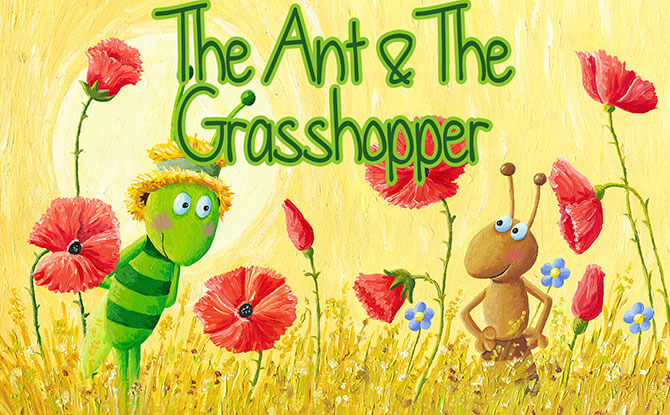 This feature is brought to you in collaboration with I Theatre.