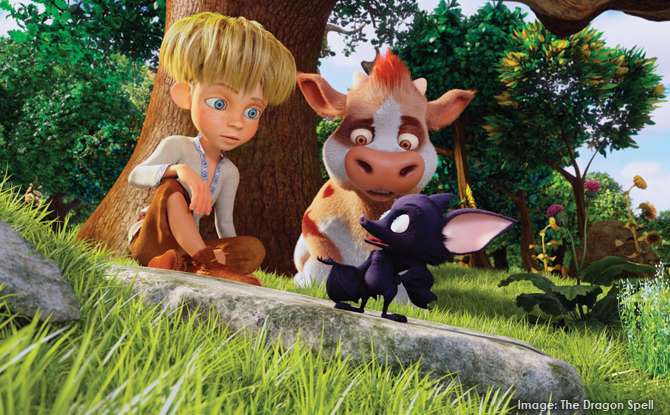 This annual showcase of European feature films provides film lovers in Singapore a unique opportunity to get a taste of Europe’s contemporary creativity. All films screened are recent and most have encountered success in their country of origin – and for some of them globally. Every film may belong to a specific country, but all works, taken together, are representative of Europe’s common and multifaceted cultural heritage. The EUFF not only opens a window into the intriguing world of European cinema but also offers an opportunity to discover – at each screening – the work of local talent through its film school partnership programme. This year, the German European School Singapore (GESS) is the Title Sponsor of the festival.

For families with young children there is the animated Ukranian feature film, The Dragon’s Spell (2016) directed by Manuk Depoyan. It tells the story of a small boy who must embark on a fantastic quest to save both the world of humans and the world of magic from a witch possessed by a dragon’s ghost. Austria’s family drama, Brothers of the Wind (2015) is a powerful tale of hope and discovery, of an unlikely friendship between a young boy, Lukas and an eagle.