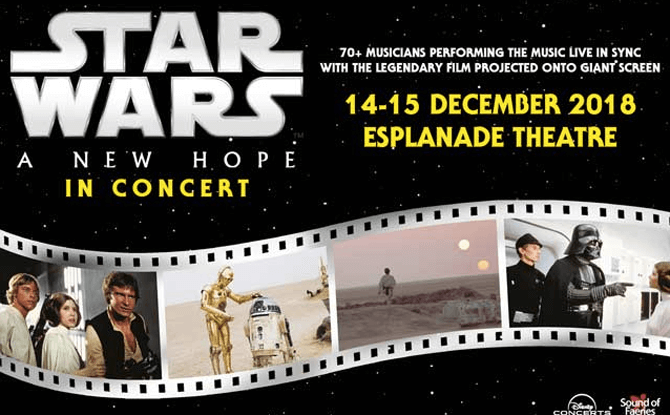 Star Wars: A New Hope is the movie that started the legend, the first film in the original Star Wars trilogy and the beginning of the Star Wars franchise. More than 70 orchestral musicians will play the soundtrack live at the prestigious Esplanade Theatre in Singapore. Created by five-time Academy Award®-winning composer John Williams, the epic music takes on a new dimension when played live accompanying the full movie projected onto the big screen, complete with all dialogue and sound effects. The powerful score of Episode IV will resonate like never before at the magnificent Esplanade Theatre.

Circus Weekend At Esplanade Theatres On The Bay