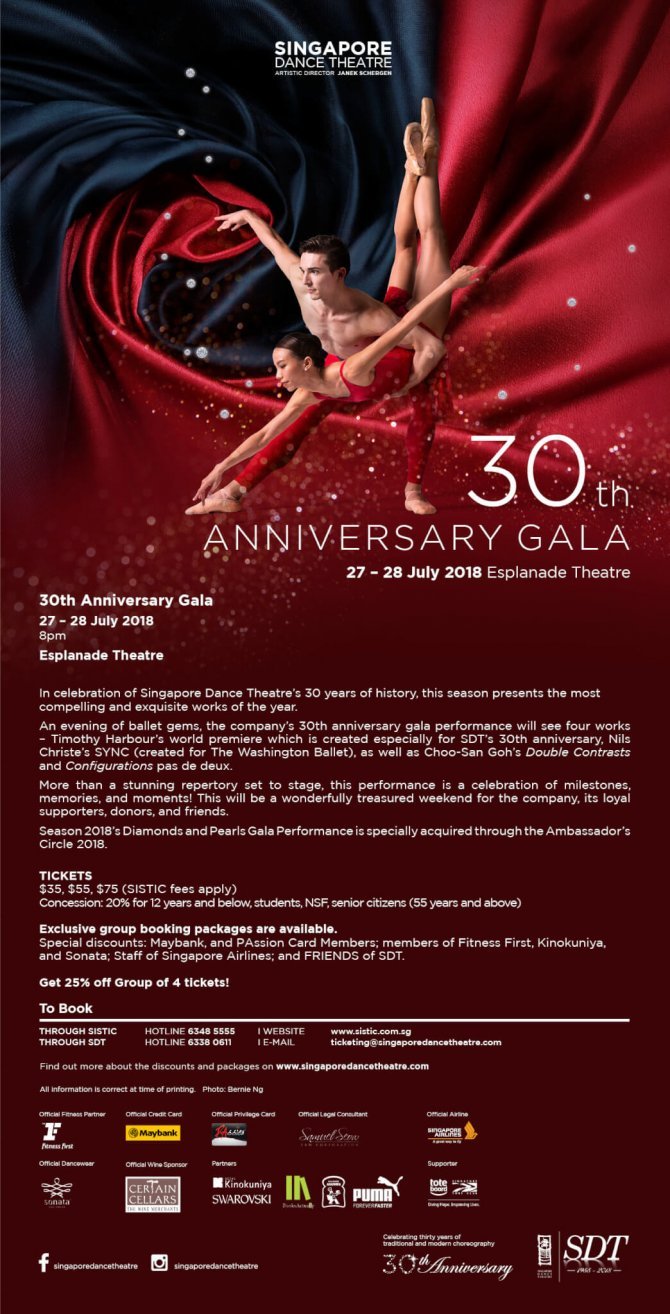 Sharing is caring!
Singapore Dance Theatre celebrates its 30th Anniversary this year with a Gala Performance on 27 and 28 July 2018 at the Esplanade Theatre.
The Gala Performance will be a gathering of distinguished patrons of the arts and loyal supporters of SDT for a very special programme. The company will be performing Timothy Harbour’s world premiere of Linea Adora , which features the entire company and was created especially for SDT’s 30th Anniversary. SDT will also feature the company premiere of Nils Christe’s SYNC, as well as Choo-San Goh’s Double Contrasts and Configurations pas de deux.