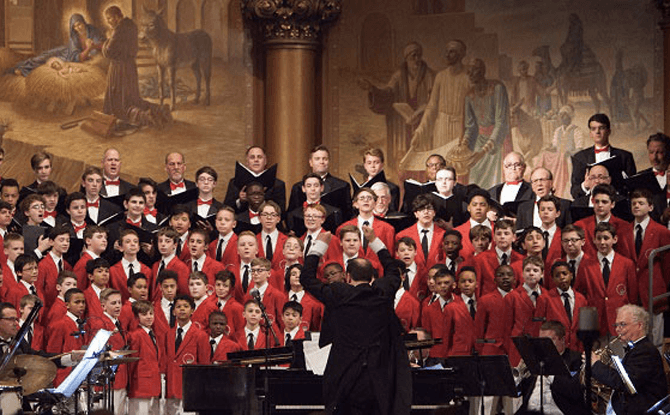 One of America’s oldest and most celebrated boy-choirs celebrates its 50th anniversary with an Asian tour which brings the 100-strong choir and chorale to Singapore for the first time.

The Emmy-winning and Grammy nominated choir is renowned for their musicianship, intelligence and interpretative abilities. Established in 1968 and led by Jeffrey R. Smith since 2004, Philadelphia Boys Choir is known as “America’s Ambassadors of Song”, proudly representing both the City of Philadelphia as well as the United States of America on its many concert tours around the globe. They have cultivated a devoted worldwide following for their highly-acclaimed concerts and performances.

The varied and specially planned programme for Singapore includes well-known American favourites, spirituals, hits from Broadway musicals and a premiere of commissioned songs based on contemporary lifestyle.