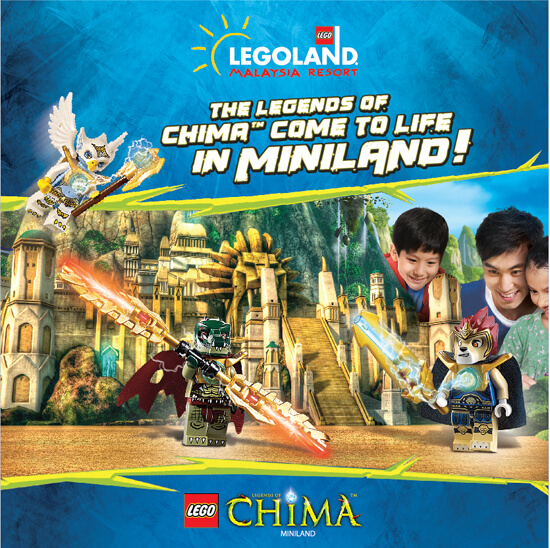 The fantasy world of LEGO Legends of Chima will be unveiled at LEGOLAND Malaysia’s Miniland on 12 March 2014.

Taking more than 3,000 LEGO building hours to complete, the Legends of Chima display will include interactive elements and animation effects. Among its features are waterfalls, the floating plant Cavora, a CHI ball that changes colour and Legends of Chima characters made out of LEGO bricks.

From now till 13 March 2014, LEGOLAND Hotel is also running a promotion where parents can bring their children to enjoy the LEGOLAND Theme Park and Water Park free of charge when they book a stay online.