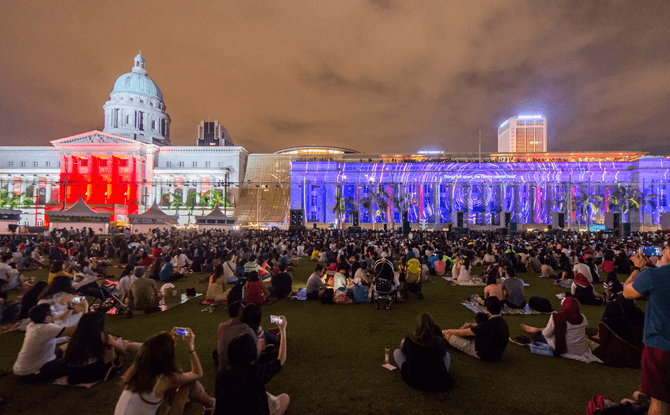 Part of Singapore Art Week, the Light to Night Festival 2018 is the second edition of the festival. The inaugural festival was held as part of National Gallery Singapore’s first anniversary celebrations back in 2016.

The 2018 edition of the Light to Night Festival is themed “Colour Sensations” and will feature commissioned public artworks, interactive light installations, performances and more over seven themed zones around Singapore’s Civic District.

Here are five highlights of the many works and programmes taking place as part of the Light to Night Festival 2018.

The City Hall façade of National Gallery Singapore will turn into a canvas controlled by the public as part of Chomascope. By stomping on control pads, the public can take turns projecting colourful visuals on the façade of the Gallery’s City Hall Wing. 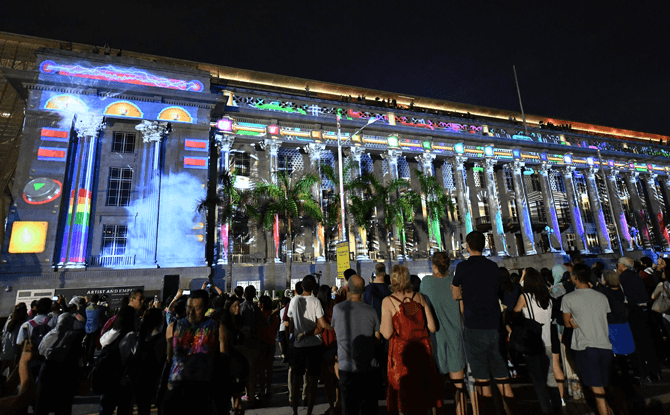 30 artists, illustrators and multimedia designers have come together to create Art Skins on Monuments, a light façade show on a monumental scale. The light projections will cover the façades of National Gallery Singapore’s Supreme Court Wing, The Arts House, Victoria Theatre and Victoria Concert Hall and the Asian Civilisations Museum to create a visual feast for visitors to the Festival. 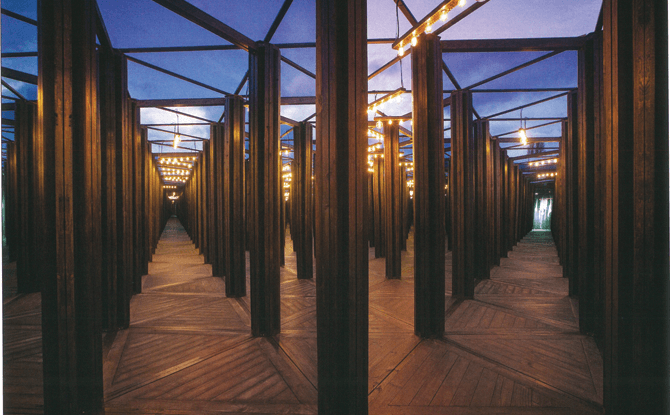 Melbourne artists Christian Wagstaff and Keith Courtney’s work, House of Mirrors, will make its Asian debut at the Empress Lawn. This installation utilises mirrors to create a mind-boggling kaleidoscopic maze with endless reflections. There is an entry fee of $2 per person for a 15-minute entry.

Five artists will be exhibiting indoor works at National Gallery Singapore as part of Light to Night Festival 2018. These include the digital work Walk, Walk, Walk: Search, Deviate, Reunite by teamLab, and a shadow puppetry-3D animation installation, One or Several Tigers, by Singaporean artist Ho Tzu Nyen. Visitors can view these artworks during the regular National Gallery Singapore opening hours and on Fridays and Saturdays during the Festival when the Gallery’s opening hours have been extended until midnight.

Taking place on the Padang during the Light to Night Festival 2018 is Art X Social. This will feature more than 30 programmes and 80 food and craft stalls for the enjoyment of the public. Look forward to music performances, poetry recitations, artist talks and more at Art X Social.