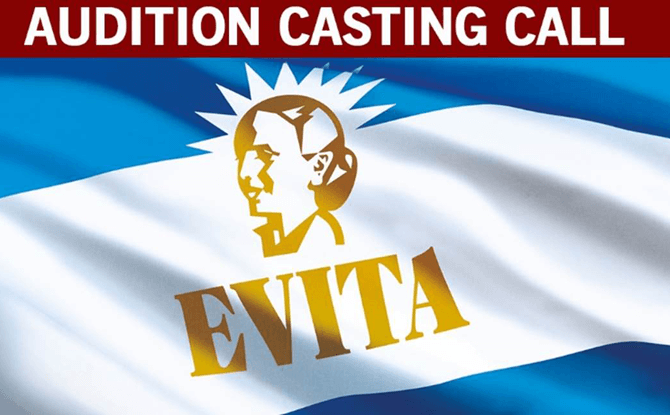 Before Evita the musical opens in Singapore on 23 February 2018, Resident Director Anton Luitingh will be in town on 14 February to hand-pick 12 local children, six girls and six boys to perform in the show.

Selected children will get the opportunity to sing and act alongside professional actors in the acclaimed Andrew Lloyd Weber and Tim Rice musical.

Auditioning children need to be between the ages of eight and 11. Children can be of all heights and nationalities.

Children who wish to audition should be confident, good singers, able to hold a pitch and harmonise. Boys must have an unbroken voice.

The Evita auditions for children will be held in the afternoon on 14 February at the Mastercard Theatres at Marina Bay Sands. Those who are shortlisted after the first round of auditions will need to return for a final selection round at 8.30 pm on the same day.

Registration for the auditions is now open and can be done through this online registration link. Audition slots are limited and registrations will close on 31 January 2018.

Evita first opened in London’s West End in 1978. It is set in Buenos Aires, Argentina, between 1934 and 1952 and is based on the life story of Eva Perón, wife of former Argentine dictator Juan Perón. It tells of her humble origins and rise to power in the eyes of the Argentine people.

Evita is set to play in Singapore for four weeks before heading to Hong Kong, Tokyo and Taiwan.