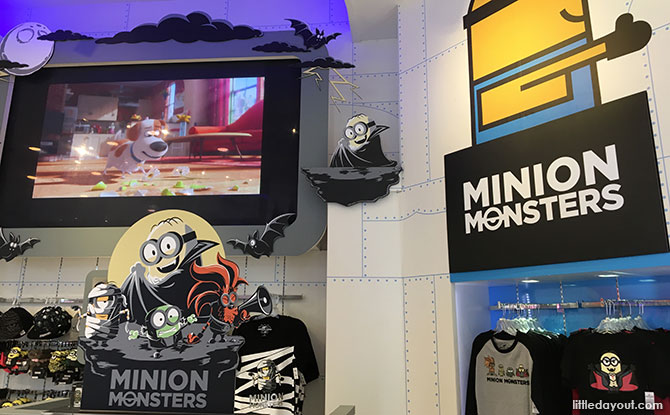 The park was dressed up for a Halloween Carnival!  Beyond the usual draw of rides at Universal Studios Singapore’s seven themed zones (Hollywood, New York, Sci-Fi City, Ancient Egypt, The Lost World, Far Far Away and Madagascar), a catchy soundtrack and scary fun music mingled with screams and shrieks of delight filled the air. 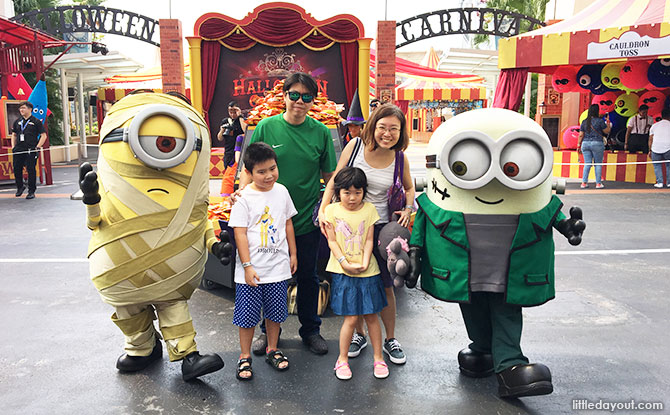 The first treat of the day was the Minion Monsters Tricky Treats! We were greeted by the familiar yellow creatures from beloved kids movie “Despicable Me” at the Hollywood Walk of Fame area. All dressed up in Halloween garb, FrankenBob, Mummy Stuart and Dracula Kevin invited visitors to dance along to the jaunty music. We were rewarded with free-to-grab goodies from their formidable float stacked with yummy Minion Monsters snacks. 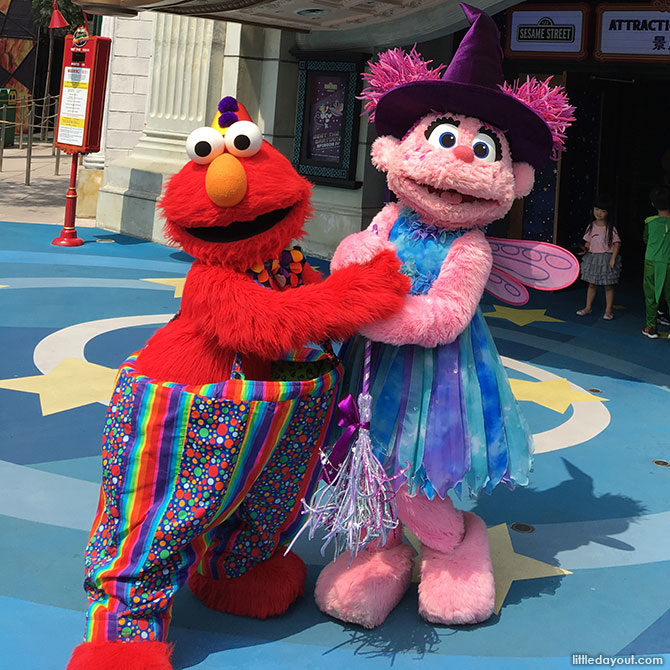 Next, we “flew off” to the New York City zone to meet with Sesame Street characters in festive attire. Elmo was in a rainbow overside party pants and Abby had a glittery witchy hat and shimmering broomstick stuffed with purple tinsel and silver strands of stars that matched her fairy wings. Parents, and many other delighted visitors, drew out their cameras for quick snaps of children (and adults) in happy poses with the colourful duo! 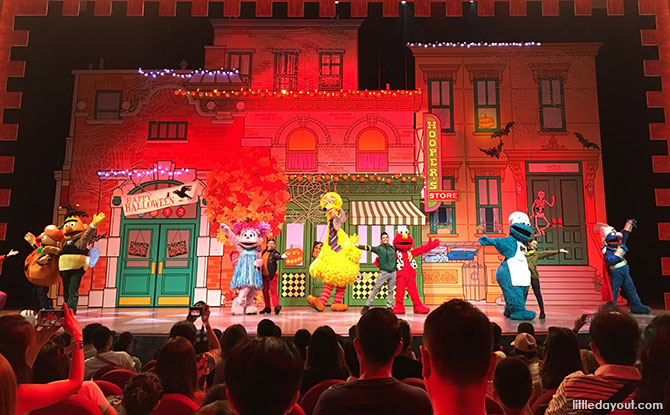 Sesame Street always inspires in us to “come and play”! And that was what we experienced at the broadway-style Pantages Hollywood Theatre. The Trick or Treat with Sesame Street Musical Show at Universal Studios Singapore is a nifty, kid-friendly Halloween-themed musical performance which takes place three times daily: 11.30 am, 1.30 pm and 4.30 pm. 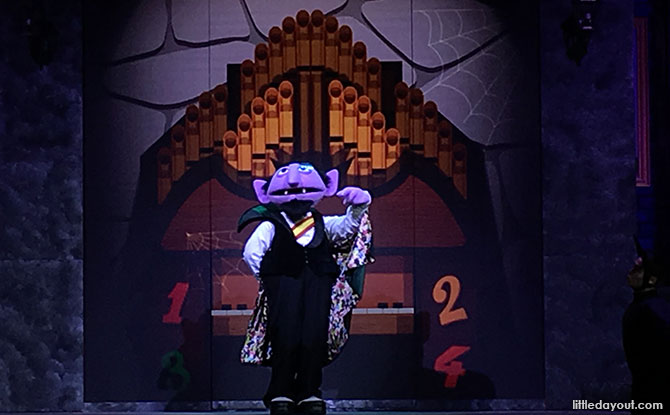 The song-and-dance story follows the Count von Count. He is on a quest for candy and to satisfy his insatiable thirst to count them. (Cue laughter and thunder). The rest of the folks of Sesame Street join him on the hunt for the missing treats – ending with a joyous Halloween party in his castle. 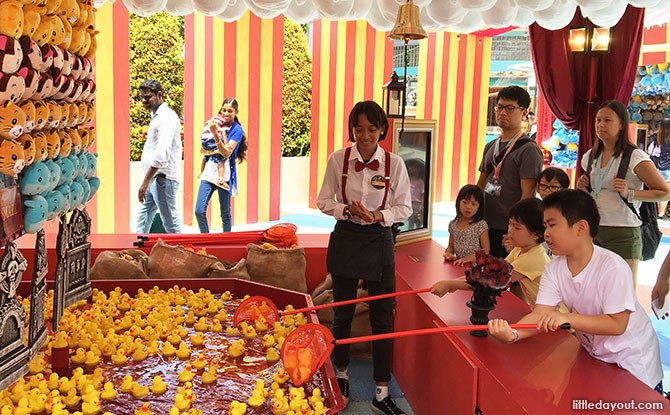 We were also excited to see the Hollywood Lagoon decorated with carnival tents fringed with plush prizes of stuffed toys and other prizes. Operators invited players to lob basketballs through a hoop,  throw balls into buckets, fish out rubber ducks, spin a wheel, or hurl beanbags at a small stack of tin cans. Additional charges are payable at these stalls.

While the kids were unsuccessfully at winning giant monster balls plushies from the ball-in-a-bucket stall, they still walked away happily with small cat cushions from the guaranteed-to-win duck pond station.

The kid-friendly, daytime Halloween-themed outing to Universal Studios would not have been complete without souvenirs!

At Minion Mart, it was a galore of really cute Minion Monsters stuffed toys, t-shirts, keychains, stationery and other merchandise – which helped to complete our adventurous, non-scary Daytime Halloween Fun at Universal Studios Singapore.

The daytime Halloween activities are included with regular admission to Universal Studios Singapore or an Annual / Season Pass. Singapore Residents can enjoy online discounts on admission for an Adult One-Day Ticket. Ticket holders will receive a 50% discount on a Minion Monsters mug as well as a 10% discount voucher valid for all retail merchandise.

More information can be found at www.rwsentosa.com/halloween-fun