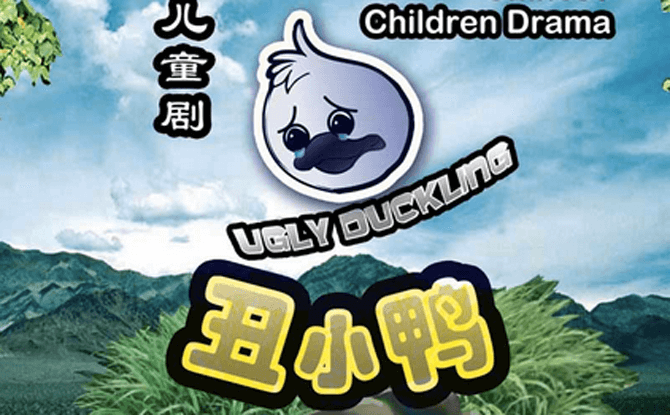 A swan’s egg shell was broken among a flock of ducks, but because this little swan was ugly, all the chickens and ducks laughed at him and excluded him. Even his own brothers and sisters bullied him and looked down on him. Everyone avoided him. In desperation, the ugly duckling was forced to leave home and wander around with risks.

The ugly duckling came to a hut in a farm. He endured and lived there for a while, continuing to suffer from being excluded by the chickens and cats. In the end, he went alone back to nature . When autumn arrived, the ugly duckling saw a group of south-flying swans. They were so elegant and dancing beautifully. From then on, he could not forget those beautiful birds.

Winter arrived, and the day was so cold. The ugly duckling was almost frozen to death by the cold lakeside. When he opened his eyes again, he saw the beautiful birds again. However, the ugly grey duck was no longer reflected in the water but a beautiful white swan.