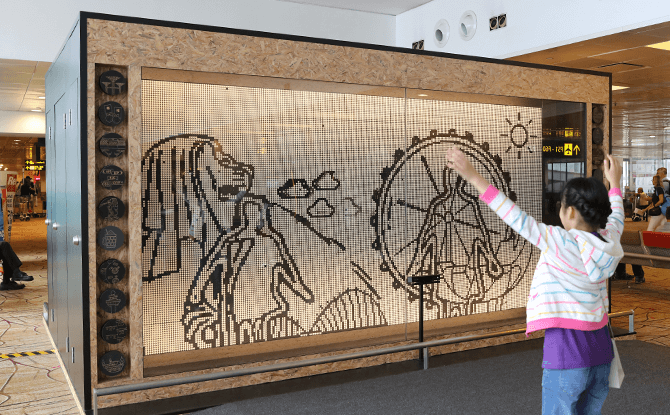 The next time you are heading out of the country by plane, stop by Changi Airport’s interactive exhibit, “Make Singapore Your Showcase”.

Located at Terminal 2’s Departure Transit Lounge, the LED ‘Dots Portrait Wall’ automatically detects when someone is in front. It then provides an option to take a portrait that can be superimposed on backdrops of well-known Singapore locations. The picture can then be sent off via email. Background options include Gardens by the Bay, Merlion Park and Changi Airport. 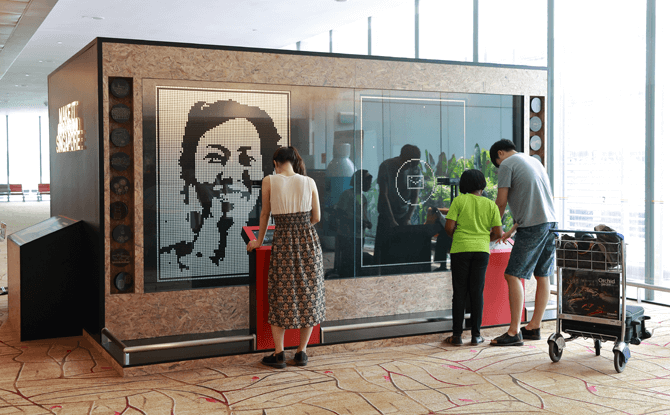 There is also a ‘Motion Silhouette Wall’ where passengers can interact with backdrops and animations using motion-sensing technology.

New photo spots have also been installed around the rest of the terminals, in both public and transit areas. These feature well-loved Singapore icons such as the Singapore Flyer, Sultan Mosque and Gardens by the Bay’s Flower Dome.

One of the photo spots is the trishaw display at Terminal 1, reminiscent of the display that was there when Changi Airport first opened in 1981. 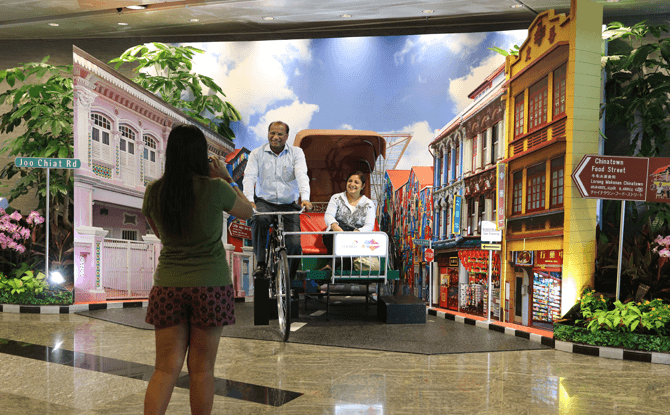 These new showcases are part of the partnership between Changi Airport Group and Singapore Tourism Board.