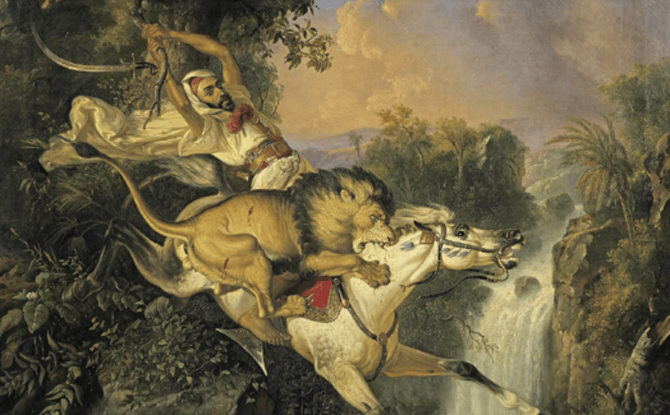 Century of Light features two exhibitions, Colours of Impressionism: Masterpieces from the Musée d’Orsay and Between Worlds: Raden Saleh and Juan Luna, that demonstrate the range of painting styles and art movements that developed in 19th century Europe during the post-enlightenment period of innovation and change.

Don’t miss this rare opportunity to view masterpieces from leading European and American museums that have never been shown in the region before, alongside major paintings from Southeast Asian collections.

This exhibition tells the story of Impressionism through the colours that painters used at different stages in their careers. Taking us from the deep blacks of Manet’s Spanish-influenced paintings, to the green and blue landscapes of Cézanne and Monet, and the soft pinks of Renoir’s classical female figures, it traces the importance of colour to the Impressionists’ radical reshaping of painting in the 19th century.

Colours of Impressionism features over 60 masterpieces from the renowned collection of the Musée d’Orsay, Paris, including key works by Monet, Renoir, Manet, and Cézanne.

Between Worlds: Raden Saleh and Juan Luna
Explore the extraordinary life stories of two artists who are considered national heroes in their home countries––Indonesian painter Raden Saleh (c.1811–1880) and Filipino painter Juan Luna (1857–1899). Drawing from important collections around the world, this landmark exhibition brings together more than 80 of their works for the first time.

Between Worlds takes you through significant chapters of each artist’s journey, uncovering parallels and differences in their experiences, from their emergence as artists in Java and the Philippines; to their subsequent training and participation in artistic and social circles in Europe; and their later return to Southeast Asia.

Read more about Between Worlds here.