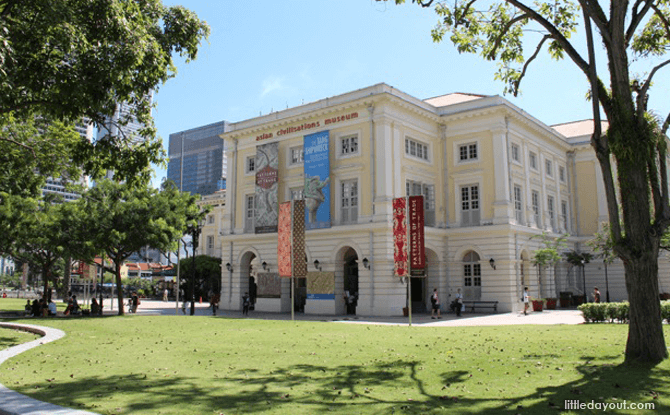 The Asian Civilisations Museum brings you on a journey through the cultures and civilisations of Asia. Through the different exhibits, learn more about traditions that the forefathers of Singapore brought with them from their home countries and gain

Discover more about the Asian cultures and civilisations that were formative to the fabric of Singapore. Through galleries that cover the cultures of South East Asia, West Asia, China and South Asia, you can learn more about the historical roots of the people that came to Singapore and decided to called it home. Before entering the main galleries, you will find the Singapore River gallery. This tells the stories of the merchants and workers who once plied the banks of the Singapore River. View historical artefacts from that era, including boats that were once used on the river.