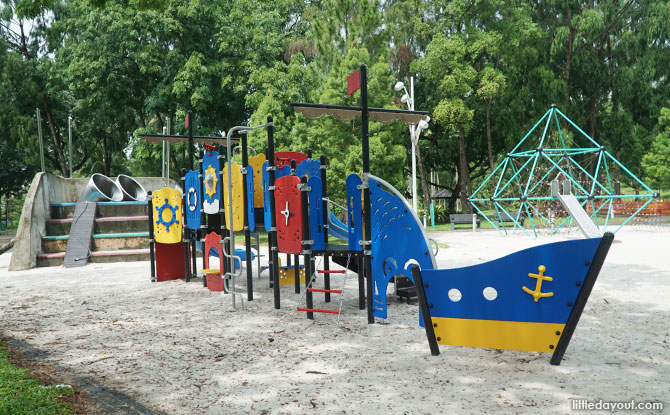 One of several playgrounds at the large park, the Adventure Playground is located in the western half of Bishan Ang Mo Kio Park. It used to feature several unique play structures which included a wooden tower which kids could climb inside, a wooden fort and a “clump” of wooden poles that were embedded in the ground. In 2018, the parts of the playground were closed in stages for upgrading works to be done. 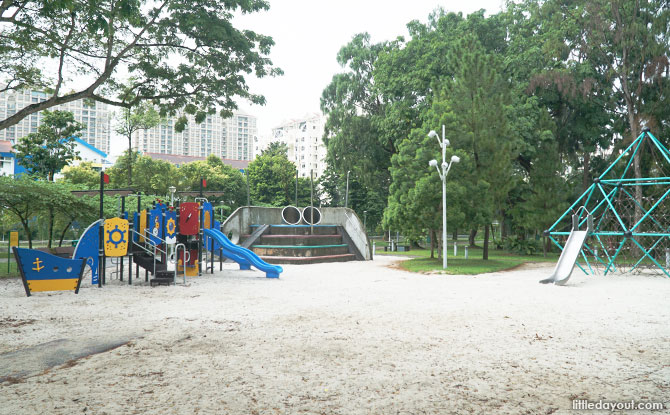 A new addition to the Bishan-Ang Mo Kio Park Playground is a Pirate Ship-design play structure. Docked next to the “hill”, this two-level blue, yellow and red ship playground has two slides, climbing poles and a variety of play panels for kids to enjoy. It replaces the playground’s former “fort”. 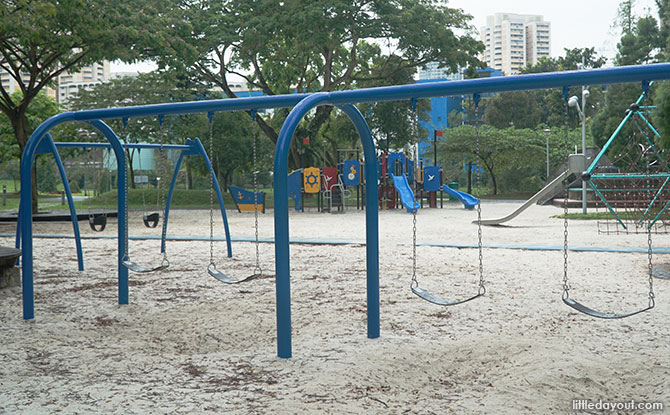 Another welcomed addition to the sandy playground is a series of children’s swings. 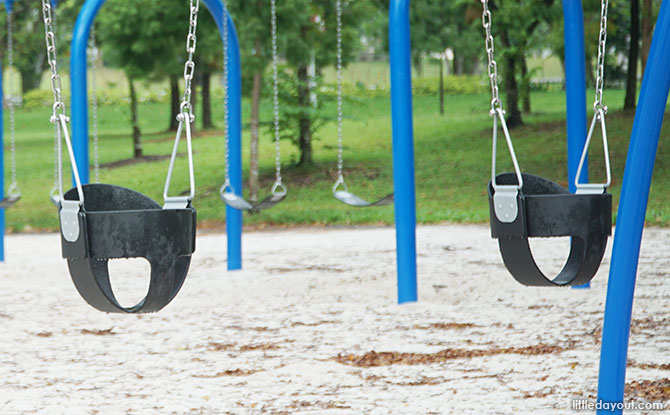 There are now two bucket swings for little ones and a row of four regular swings at the sandy playground. 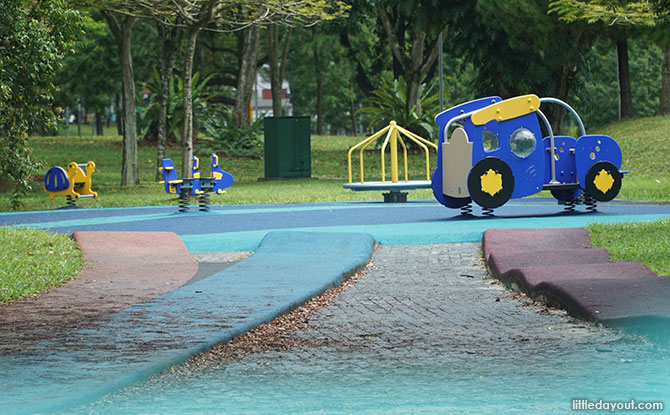 Situated slightly away from the main section of the playground is play equipment suitable for younger children. This section of the revamped Adventure Playground at Bishan Ang Mo Kio Park stands at where the wooden play tower was formerly located.

Compared the original set of play structures such as the now-gone play wooden tower and fort, the new play equipment seems more stock-standard, making the playground more conventional than before. The choice of equipment is most likely in the interest of safety – we suspect that children would most probably just be happy to have the Bishan Ang Mo Kio Park playground back to themselves.